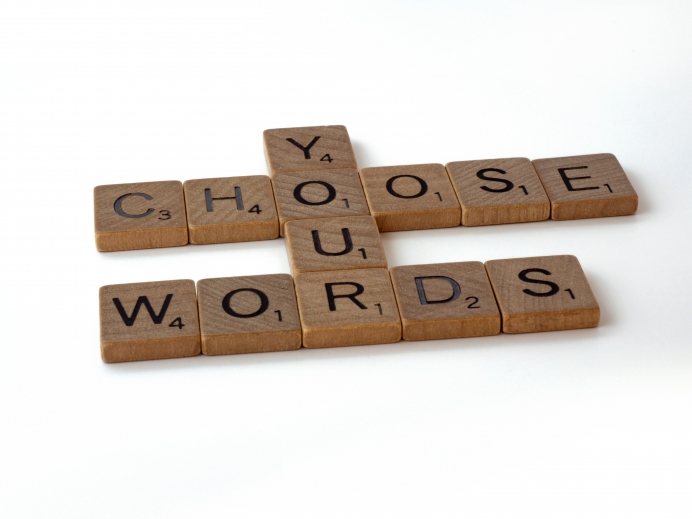 Why words matter when we talk about abortion

One day as a child I stood in a cluster of kids gathered on my neighbor Lori’s front lawn, hoping she would choose me.

Surveying the crowd, Lori pronounced, “You can be in my club if you’re wearing…white.”

I looked at my shirt. Yes! The print had white in it. I stepped forward.

I still remember the sting of my young neighbor’s rejection.

Light as it is by comparison, Lori’s refusal to let me join her little club illustrates what we often do to our fellow human beings on a much more serious scale.

How does this apply to the life-affirming mission?

Abortion is about deciding certain people should be excluded from the club of humanity.

The same principle was at work in Germany leading up to World War II.

Adolf Hitler gradually and effectively brain-washed the German public into believing Jewish people were a “problem” to be solved. He called them “Untermenschen” (sub-humans) and laid the blame for Germany’s economic and socio-political ills at their feet.

Hitler and his fellow Nazi leaders used semantics to dehumanize a specific group of people — because once that group was seen as less than human, their deaths could be rationalized.

Eventually, the average German found him or herself either swept up in the fervent craze or silenced by intimidation and fear. Most folks never knew about the concentration camps where millions of Jews were murdered, until after the war.

Abortion advocates use semantics to dehumanize the unborn in order to lull us into a false sense that their deaths are no big deal.

Tweet This: ”Abortion advocates use semantics to dehumanize the unborn in order to lull us into a false sense that their deaths are no big deal”

Just like the folks in Germany didn’t know about the camps, most of us don’t know—or don’t want to know—what really happens inside abortion clinics.

The silent ambulances carrying yet another young victim to the hospital. The sale of unborn babies' body parts. Plastic pouches with preserved fetuses like so many gruesome trophies.

Abortion is a nasty business.

It claims to uphold women’s rights while actually taking away human rights from vulnerable, innocent children.

How is it even possible for us to accept this?

Behind the psycho-social reasons for the use of dehumanizing language lies a theological reason.

Let’s take a step back to frame this:

God created the world by speaking it into existence, with one startling exception—He formed the first human from the earth’s dust and breathed life into him, then put Adam to sleep and surgically created Eve from a piece of his side.

In this remarkable way, humankind was created in the image of God.

One way in which our image-bearing nature is demonstrated is by our use of language. While we don’t share God’s omnipotence, our words have more power than we may realize.

Solomon writes, “Death and life are in the power of the tongue, and those who love it will eat its fruit.” –Proverbs 18:21.

James warns us that the tongue, though small, can do great damage. It’s tough to tame (see James chapter 3).

Along with that, ever since sin entered the world, the default paradigm of human culture has been anti-God. Until we know Christ, our understanding is darkened. Our thinking is futile (Ephesians 4:17-18).

Our values are messed up—which means our words can do great harm.

The prophet Isaiah writes,“Woe to those who call evil good and good evil, who substitute darkness for light and light for darkness, who substitute bitter for sweet and sweet for bitter.”—Isaiah 5:20

This spiritual blindness and confusion is the theological reason euphemisms abound in the world of pro-abortion rhetoric.

In order for abortion to be acceptable, people must ignore God’s values and break His law. What God calls good is re-cast as bad, while what He calls evil is portrayed as desirable. Evil is good, darkness is light, bitterness is sweet—and vice versa.

Tweet This: ”In order for abortion to be acceptable, people must ignore God’s values and break His law”

An embryo or fetus is just a clump of cells, or a problem, or a life worth sacrificing. (No,  he or she is a unique person created by God, worthy of protection and dignity.)

Abortion is empowering to women. (No, it wounds their souls and bodies, whereas supporting a woman as she carries her child to term builds hope and self-confidence.)

Abortion is “reproductive health care.” (No, it kills a vulnerable, innocent child and can damage female reproductive organs or even cause sterility.)

Abortion equals “reproductive freedom.” (No, it traps women in guilt, grief and often a cycle of repeat visits for more abortions.)

Abortion is a compassionate solution for a distressed pregnant woman. (No, true compassion never causes the death of an innocent child.)

A “fetus born alive” during a botched abortion can be killed if the mother doesn’t want him or her.  (No, that’s infanticide, the intentional killing of a human infant).

This is not a complete list, and it keeps growing.

Advocates of abortion are well aware of the power of words.

They use clever semantics to deliberately obfuscate this truth: Every human life, from conception on, has intrinsic worth and dignity and deserves protection.

Our worth comes from God, Who made us in His image—and then, in a stunning act of divine reverse engineering, took on our image in order to rescue us!

He values us that much.

How important are words?

So important that the Word became flesh (starting as a zygote!) and lived among us (John 1:14).

When it comes to abortion, let’s be wise, aware and discerning about the meaning and motives behind words.

It’s a matter of life or death.