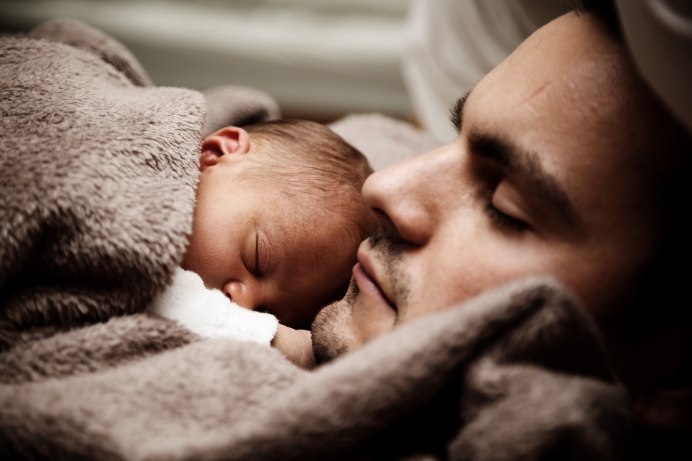 Why is human life called sacred above other life forms?

About a century ago, world-renowned humanitarian and Nobel Peace Prize winner Albert Schweitzer developed a philosophy called “reverence for life.”

By this he meant all life (human, animal, or plant) is valuable and important, and that no life should be sacrificed in a callous, uncaring manner without compassionately measuring the life lost compared to whatever good the sacrifice may bring about.¹

It’s true that God calls human beings to steward His creation for Him. We see this at the very beginning of the Bible:

“Then God said, “Let us make humanity in our image to resemble us so that they may take charge of the fish of the sea, the birds in the sky, the livestock, all the earth, and all the crawling things on earth.” God created humanity in God’s own image, in the divine image God created them, male and female God created them.” –Genesis 1:26-27

As creatures who uniquely resemble, represent, and relate to God, human beings are called to care for the rest of creation. This includes kindness to animals as well as considerate care for the environment.

Proverbs 12:10 describes how our care for animals reveals our character:

“The righteous care for the needs of their animals, but the kindest acts of the wicked are cruel.”

Humans should be kind to animals and good stewards of the earth.

That said, the question remains: is the life of an armadillo or a tomato or an oak tree equal in value to a human life?

We find a poetic clue in Genesis 2:7: “… the LORD God formed the human (ha adam) from the topsoil of the fertile land (ha adamah) and blew life’s breath into his nostrils. The human came to life.”

From the same substance, God also made other creatures:

“So the LORD God formed from the fertile land all the wild animals and all the birds in the sky and brought them to the human to see what he would name them.” – Genesis 2:19

Like wild animals and birds, humans were created from the earth. However, God only breathed His life-giving breath into one special creature—the one He created in His own image.

The Creator charged humans alone with regency over the rest of creation.

Of course, sin and selfishness disrupted and ruined our care for animals and the earth along with our treatment of one another.

In fact, a few generations after our terrible tumble into sin, things got so bad God made the drastic decision to destroy almost all of humanity and the other creatures as well.

Only Noah and his family, and representative animal pairs, were rescued in the ark.

Nearly a year went by before dry land reappeared and the ark landed. Then God gave a blessing and fresh instructions to Noah,

“…’Be fertile, multiply, and fill the earth. All of the animals on the earth will fear you and dread you—all the birds in the skies, everything crawling on the ground, and all of the sea’s fish. They are in your power.  Everything that lives and moves will be your food. Just as I gave you the green grasses, I now give you everything.’” –Genesis 9:1b-3

At this point, God tells humans to add the meat of fish, birds, and animals to their previously plant-based diet.

He goes on to add a sober command—the first law against murder:

“Whoever sheds human blood, by a human his blood will be shed; for in the divine image God made human beings.” –Genesis 9:6

Do you see the clear distinction here? Butchering livestock for the purpose of eating meat is not murder in God’s eyes. Eating vegetables is not a crime against creation.

But killing a human being? In that case, God demands a life for a life—for one vital reason.

God made human beings in His image.

Let’s flesh this out a bit.

In ancient times, rulers would set up an image of themselves in a given area to represent their dominion over that area.

When the Israelites experienced spiritual revivals, they would tear down the images of their idols as a way of declaring, “We no longer worship this god.”

Consider this: Genesis states that God made humans in His likeness—in the Septuagint, the Greek word is eikon, from which we get the English term “icon.”

We are God’s icons—His living representatives on earth.

The implication is this: to kill an innocent human being is to strike down a living icon of God. Therefore, destroying a preborn person is a refusal to worship God.

Tweet This: To kill an innocent human being is to strike down a living icon of God. Therefore, destroying a preborn person is a refusal to worship God.

Let that sink in.

Human life is sacred because of our unique nature as God’s image-bearers. We are unlike other creatures. We bear the mark of the divine in a special way.

Our culture is increasingly resistant to this truth.

From the notion of abortion as a woman’s right, to support for assisted suicide and euthanasia to the idea that animals are our equals, more and more voices suppress the truth concerning the intrinsic value God places on human beings.

As we consider the meaning of the Sanctity of Human Life, let’s return to a well-grounded Scriptural understanding of the imago Dei.

God created us as His special representatives—and as His beloved children.

I put it this way in Unleashing Your Courageous Compassion: “Every unborn person brings delight to the heart of our heavenly Father. Every abortion is an assault on one of His precious image-bearers.”

We must value and protect human life—beginning with the innocent, vulnerable lives of God’s preborn image-bearers among us.