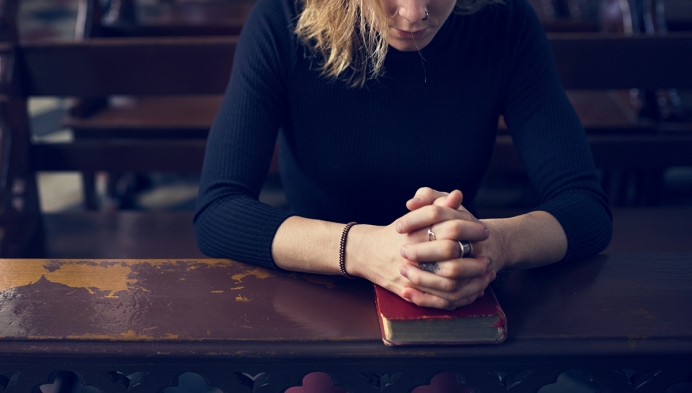 Why Culture Clashes with God over the Sacredness of Human Life

The man behind the podium addressed the group with a fairly personal question. “How many of you were 'unplanned' as far as your parents were concerned?”

A number of hands shot up, illustrating the speaker’s point.

Whether or not a woman or a couple plans on a particular baby arriving at a particular time has no bearing on whether that person is supposed to be here.

This issue is theological at heart.

God refers to Himself by various names in Scripture, and each of His names reveals something of His character and attributes.

One of the names of God which carries great significance for the pro-life cause is mentioned three times in the book of Revelation, including Revelation 22:13:

“I am the Alpha and the Omega, the First and the Last, the Beginning and the End.”

Alpha and Omega, Beginning and End. God tells us something important about Himself here—something which directly concerns us and our choices.

Paradoxically, our sovereign God has given us free will—a mysterious tension of faith. This means we can choose to abort babies, eliminate the “undesirable,” and euthanize the terminally ill.

In other words, it’s possible for us, out of selfishness, to drastically alter the stories God is writing.

When we play editor in this way, we violate the will of God. We devalue what He cherishes. We anger Him and break His heart (Jeremiah 7:31; Ezekiel 16:21).

We also wreak horrific collateral damage with the ripple effect of our sinful choices.

It’s quite strange, really, that society would argue with God about the value of human beings. We’re like rebellious children, stamping our feet and shouting at our Father, “I’m not special because YOU say I’m special—I’m special because I say I am! You’re not the boss of me!”

Our society argues with God about human value and our purpose in multiple ways.

Tweet This: Our society argues with God about human value and our purpose in multiple ways. @susannemaynes

Culture says humans are an accident of evolution; God says we are His specially-created image-bearers (Genesis 1:26-27).

Culture says the earth and the animals would be better off without humans; God says we are His representatives, placed here to tend creation for Him (Genesis 1:28-31).

Culture says we’re just a higher form of animal; God says we are created just below Him—above, and distinct from, the animals (Psalm 8:5).

Culture says we’ve damaged this planet beyond repair; God says that, as the Alpha and Omega, He will renew the earth one day (Revelation 21:5-6).

Culture says man is the measure of all things, therefore humans decide their own worth; God says we have worth and dignity because, as His image-bearers, we are the crown of His creation (Psalm 8:5).

Culture says the preborn are disposable; God says He forms each person in the womb and writes their story—and He even knows us before we are conceived (Psalm 139:13-16; Jeremiah 1:5).

Culture says we should help people die once they become an inconvenience; God says our times are in His hands (Psalm 31:15).

Culture says we have to make choices we were never designed to make (like sacrificing our unborn children); God says that for us to make such choices never even entered His mind (Jeremiah 7:31).

In these ways and more, our society denies that human value is intricately linked to being created in God’s image.

Our issue with God goes back to the beginning, when we bought the lie that He was somehow holding out on us and therefore we should take matters into our own hands (see Genesis 3).

“Every time a baby is aborted, another human being has decided that God can’t be trusted. A destiny is denied and a life taken because, fundamentally, a mother doesn’t believe God will take care of her and her baby. She can’t see past her circumstances to a trustworthy heavenly Father.”

Yet God, the Alpha and Omega, sees and knows and loves every image-bearer, whether born or unborn. He orchestrates our beginnings—and we have no business erasing a human story.

I often read the following verse by imagining it as the prayerful plea of a preborn person:

“My times are in your hands; deliver me from the hands of my enemies, from those who pursue me.” –Psalm 31:15

Let’s continue bringing honor to God, the Alpha and Omega, by protecting the most vulnerable among us.