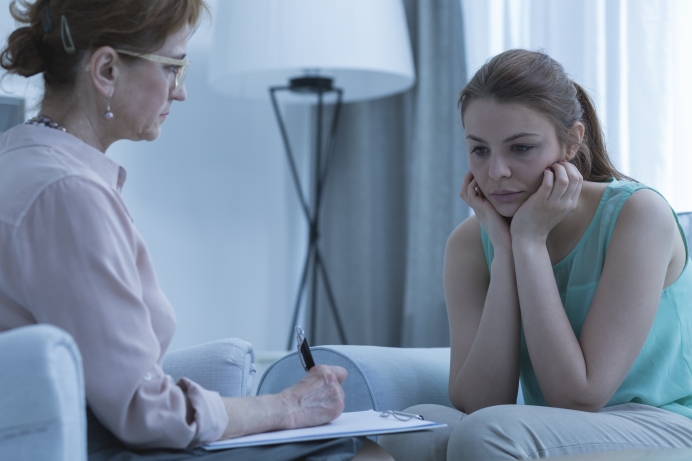 How Pregnancy Centers Prevent the Exponential Trauma of Abortion, One Conversation at a Time.

As we reviewed her pregnancy history, I asked the young woman how she was doing emotionally in terms of her past abortion. Eyes downcast, she shrugged slightly and softly replied, “I did what I had to do.”

Just, “I did what I had to do.” In other words, she saw no other option. She lacked the hope, vision and resources for any other outcome. She felt trapped and acted accordingly.

Tweet This: “I did what I had to do.” In other words, she saw no other option. @susannemaynes

Her simple sentence is the most positive statement about a past abortion I’ve heard in ten years of pregnancy center work—and it isn’t very positive at all.

Abortion providers and proponents want us to believe that women are happy about the abortions they have undergone. They’ve been trying to get women to rally and testify that abortion has been a good thing in their lives—a liberating, empowering choice.

I’ve spoken to too many women who deeply regret the decision to end the life of their unborn child. I’ve witnessed the carnage in their souls.

Like the gray-haired lady who came into our clinic unannounced one day and slumped into a chair, emotionally exhausted.

“It’s been almost forty years,” she said. “I robbed my children of a sibling. I robbed my nieces and nephews of a cousin. I have so much regret. I have a lot of work to do.”

Or the twenty-something who had an epiphany in the middle of sharing her story with me. She’d been raised in a healthy family and had a good relationship with her parents.  She was the quintessential “good kid.” Life was going well.

Suddenly, within six months’ time, she dropped out of school, got strung out on drugs, and became estranged from her family. As she described what happened, a light dawned in her eyes.

“Oh, wow, I never realized…all of that happened right after the abortion.”

Then there was the graduate student who wanted to keep her education on track and avoid backlash from her parents about a pregnancy. She thought abortion was the answer—but it caused unforeseen emotional complications.

I’ve heard numerous personal stories from women who have battled bitterness, anger, depression and self-hatred because of abortion. Many have gotten trapped in the sticky web of substance abuse.

Guilt and grief are powerful emotions, and our culture offers women little recourse as to what to do with the feelings women (and men) may experience following an abortion.

After all, according to the loudly-proclaimed pro-choice point of view, we shouldn’t feel guilty about abortion. It’s not a moral choice; it’s simply a pragmatic one. It’s just a “reproductive health care” choice—as though cloaking the killing of a child in prettier language makes it okay.

It’s true that women’s (and men’s) hearts can grow hard. We can even sear our human consciences (I Timothy 4:2). When that’s the case, we can convince ourselves that evil deeds are perfectly fine.

However, rationalizing sin does nothing to minimize its devastating effects—and those effects ripple outward much wider than we might imagine.

Here’s how I put it in Unleashing Your Courageous Compassion:

Though an abortion may be kept secret, it doesn’t take place in a vacuum. When we consider that every woman has a circle of relationships, it’s easy to see how one abortion could easily affect fifteen or more people. How many women still suffer over a past abortion—and how many of their loved ones, coworkers and friends are affected along with them? How much collective damage has been done by this particular choice?”

Tweet This: How many women still suffer over a past #abortion? Pregnancy centers can help!

Incredibly, I spoke with one young woman who manifested several symptoms of post-abortion trauma—not because she’d had an abortion herself, but simply because she carried the secret of her sister’s abortion!

Here is where the beautiful work done by pregnancy centers around the world comes in. We understand the consequences of abortion in the souls of human beings.

Instead of denial and cold rationalization, we offer real healing for a real problem.

We can share countless uplifting stories of women and men who have found forgiveness and true freedom through the power of the gospel and the love of God.

And on the front end of the ministry, every time a distressed young woman chooses life for her baby, a whole circle of people around her are spared from suffering the ripple effects of trauma.

Let’s keep up the good work, so no more women have to say, “I did what I had to do.”