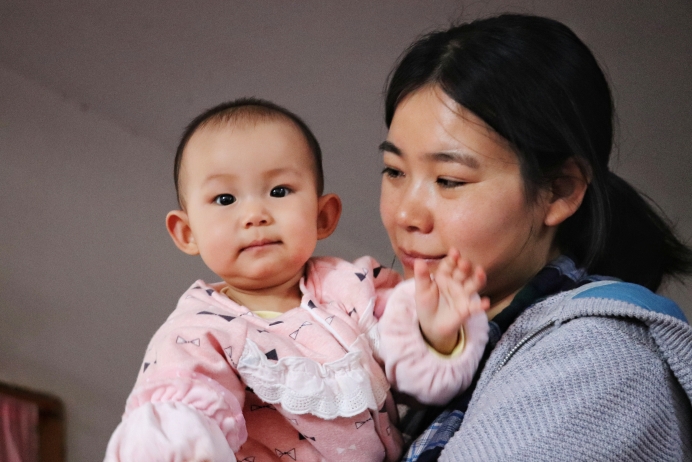 It was an unforgettable winter getaway in the Canadian Rockies for my husband and me.  Across the valley, I could see gray clouds wreathed around a ridge of jagged, snow-capped peaks—a stunning backdrop for a significant conversation.

This particular long weekend, which happened nearly fifteen years ago, was about more than bonding and romance. Scott and I were at a turning point in our life together, making major decisions about our sons’ education, our involvement in church life, and even where we should live.

After in-depth conversation and prayer, we returned home having decided to make a geographic move. We also experienced a shift in our thinking with regard to ministry.

We decided to get involved in a justice/mercy ministry outside the four walls of the church. Having worn every possible church hat for decades, we wanted to reach out to community members more effectively.

I had in mind something fairly cutting edge, like fighting global sex trafficking or providing wells in third-world countries.

Shortly after we moved to our new location, a friend of mine, who happened to be the nurse manager at the local pregnancy help center, invited me to come and check out the clinic.

After my visit, I had a brief argument with God. (You know how He always wins, right?) I hadn’t really considered pro-life work. I thought I wanted a more glamorous, less controversial ministry. The Lord interrupted my thoughts with, “Would you rather have a cool, cutting edge ministry, or would you rather obey Me?”

Needless to say, I chose option B—and that decision has been life-changing.

For one thing, I’ve found that the world of pregnancy help ministry is filled with the most amazing people I could ever hope to meet.

The level of dedication among those who do this work is astonishing.  The depth of commitment.  The quiet sacrifices.  The passion and compassion.

This is real Christianity, folks. And I keep seeing it.

Last week, I had the opportunity to deliver a keynote address at a pregnancy center fundraising banquet in Concord, North Carolina.

It was my delight to become acquainted with Mary Fainn, Executive Director of GATE Pregnancy Resource Center, which has centers located in Concord and in Harrisburg.

As I toured both centers and visited with Mary and with her Client Services Director Linda Spears, I marveled again at what I was witnessing.

Like so many other pregnancy centers, GATE does a great job following up on their clients, connecting them with all kinds of resources in the community.

The level of personal care is evident, long-term, and grounded in the love of God.

In fact, one of the original staff members at GATE is so well connected with outside resources that there’s an ongoing joke: if a client comes in and meets Donna, she’ll leave with an apartment, a car, and pretty much anything else she needs!

Later that evening, I visited with Sandra Fullen, board chair of GATE. As we exchanged stories of watching God’s healing power at work in the lives of those wounded by abortion, Sandy’s eyes sparkled with passion.

We agreed that post-abortion recovery ministry is the most dramatic evidence of the gospel’s power we’ve ever had the privilege of witnessing.

You know that thing the pro-abortion crowd keeps saying—that pro-life people only care about the baby, not the woman?

Yeah, not so much.

Tweet This: "You know that thing the pro-abortion crowd keeps saying—that pro-life people only care about the baby, not the woman? Yeah, not so much"

Mary and her team debunk that idea by the way they love and serve—and thousands of centers across the country (and around the world) are doing the very same thing every day.

A few years ago, a writer for Cosmopolitan magazine attended Heartbeat International’s annual conference, attempting to get the inside scoop on our movement.

Toward the end of the conference, some folks who were at the same table with this woman realized why she was there. They shifted the conversation and began testifying to the goodness of God in their lives.

The worst dirt that this writer could come up with about the people she met at Heartbeat’s conference was that they made self-deprecating remarks while serving one another iced tea.

Here’s the thing: pregnancy center work is grounded in the truth of the gospel and the imago Dei.

We do this work not because we love arguments or debates or causes; we do it because we love God, and He wants His children—preborn as well as born—to be protected, rescued and brought close to Him.

If I needed a fresh reminder, I got one in North Carolina last week:

We do this work because the love of God compels us.

So we will keep on caring, loving and serving. We’ll continue offering a listening ear, practical help, and hope. We’ll do everything we can to launch those we serve into a brighter future.

We will do this despite opposition and false accusations. We understand that doing the will of God pretty much guarantees we’ll get some flak, and we’re okay with that.

“If the world hates you, keep in mind that it hated me first...Remember what I told you: ‘A servant is not greater than his master.’ If they persecuted me, they will persecute you also.”—John 15:18, 20.

Wherever your center is located, keep up the good work of rescuing the unborn and transforming families in your community.

The opposition merely proves you’re on the right track.