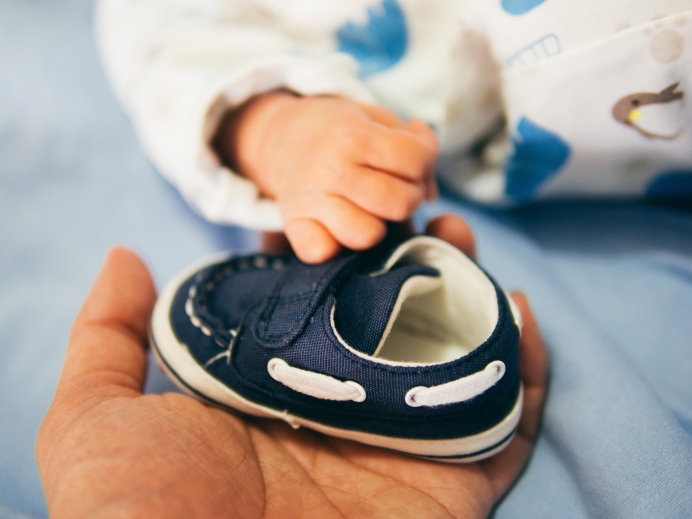 The next “big thing” may not be what we think

Talking to a pregnancy center executive director recently, she shared with me that she sensed she—and the ministry she serves—were under spiritual attack. As we know, this isn’t uncommon in our work. As I listened, she outlined a possible reason.

“For a while now, I think we’ve been on the verge of something big,” she said. “I don’t know exactly what it is, but He is doing some new things and I believe there is going to be a major breakthrough.”

As we talked more, we were both wondering, “What is that big thing?”

My thinking turned to the obvious: Was there an abortion center nearby they are competing with, one which could close its doors if they reach a new level? No. The nearest place to end a pregnancy is more than an hour away.

What about a new initiative which could alter the cultural landscape? No doubt, this pregnancy center is embarking on new ground, which is exciting. But again, I couldn’t come up with that one big thing.

But later as we talked in their offices, she and her center director talked about one boy and his girlfriend facing an unexpected pregnancy.

Just One Couple Can be The Big Thing

“They’re both angry,” they told me. “They are snapping about each other, all the time. And, the father never knew his father and has no idea how to be a dad.”

The good news is, this ministry has a licensed counselor—a guy—who reaches out to the men who come in the door. He is working with this young dad, and meets with them as a couple, helping them tackle issues beyond what 18 and 19-year-olds can understand.

As our conversation continued it struck me: Often, I’m looking at initiatives and trends to find the big stuff. But I overlook God, who sees a bigger picture in smaller ways. When my eyes only focus on the next big wave in the pregnancy help community, it’s easy to miss His handiwork in individual lives, which could change the cultural landscape in ways I cannot imagine.

It’s not hard to find examples of what happens when just a few lives change. Jesus took 12 guys, poured into them for a few years and even losing one of them, changed the history of the world.

Tweet This: It’s not hard to find examples of what happens when just a few lives change.Jesus took 12 guys and changed the history of the world

Why is it so hard for me—and perhaps many of us—to miss that the biggest movements in history almost always start “small?”

Rosa Parks decided she would not give up a seat on a bus, and the Civil Rights Movement soared.

William Wilberforce decided the anti-slavery forces in Great Britain needed a lonely voice, and he stayed the course until slavery finally fell.

So, what might happen if the young couple we chatted about finds hope at this pregnancy center? I don’t know. In fact, let’s be real enough to say they may not shake the negative effects of this world we see each day. We—those of us looking for giant trends—may never hear about them.

But, should they parent this child with love and joy, they would bring hope to the next generation. And, they may become active in a local Christian fellowship and encourage others . . . more people we may never know.

And those they influence? They too, might pass along what they’ve learned from this young couple, once lonely and angry.

This couple may tell their story to friends or acquaintances in the same situation they face today. When they do, more hope. More successes. More faith.

The director wakes up each morning believing God is doing something big. And in our conversation, we realized something we all know: God’s biggest works often fly under our radar. On this side of the kingdom of God, we may never see His giantest (a new word for today) wonders.

Our work, of course, is rarely about what we see in front of us. It’s often creating what we don’t see—through those situations where we plant seeds, add water and let the growth happen. This is what faith does.

So, what’s the next big thing for our centers? I don’t know. But the moment our door opens and our next client walks in, we may be looking at it.