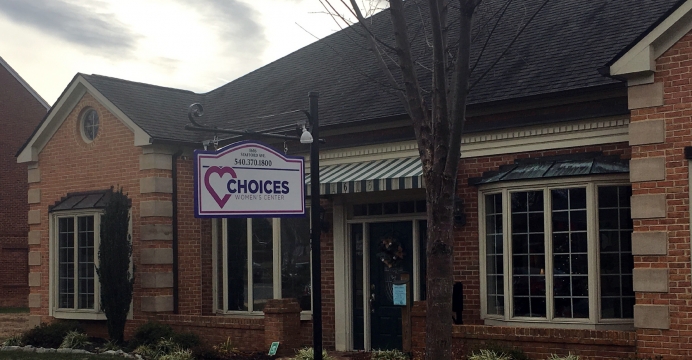 What's in a Name? Pro-life Rebrand to Emphasize Pregnancy Choices

When 25-year-old “Amanda” walked through the doors of a Fredericksburg, Va., pregnancy center, she thought she had only one choice: abortion.

By state law, she needed to take a copy of her documented ultrasound to the abortion facility where her procedure would take place; hence her visit to the pregnancy center.

“Although I don’t see any other way for me except to have an abortion, there is something different, special, about this place,” Amanda told the staff member who had welcomed her to the center. Asked if they could pray before she went to her abortion appointment, Amanda agreed and went on her way.

Hearts were heavy at the center as they considered what Amanda had told them. She felt she had no choice, no other way than to end her child’s life through abortion. About a week later, the center received a call from Amanda. Her healthcare provider was asking for the ultrasound report.

Against all indications, Amanda was choosing life for her unborn child.

“There are choices, and often our clients aren’t told about their choices,” Denise Swett, who runs the pregnancy center, said. “We give them choices.”

Long known as Fredericksburg Pregnancy Center, Swett and her team officially changed the name of the organization to Choices Women’s Center this October. The re-naming and re-branding came after two years of ideas, discussions, surveys, and most importantly, stories like Amanda’s.

Capturing the thoughts, feelings and fears of their client base—college-aged women—helped propel the process and eventually led to the new name for a medical clinic that serves over 600 clients per year.

“One of the words that came out highly favored (by women surveyed) is ‘choices,’” Laura Echevarria, the center’s director of development, said. “We threw a number of names out, asking for opinions, and what’s interesting is the words that were coming back were words that appear in our mission statement; that was really neat to see.”

Along with improving the perception of the center within the community, Swett said the shift to highlight “choices” over “pregnancy” was intentional as well.

“They don’t want to be pregnant, many of them, so we took the word ‘pregnancy’ out of our name and put in ‘choices,’” Swett said.

Since the center’s Web address, “FredricksburgChoices.com” already included the word, “choices,’ connecting a new center name with the web address domain was an easy transition, increasing the odds potential clients will find the center quickly through an online search.

“We’re the first thing that pops up,” Echevarria said.

Echevarria is hoping that removing a specific location from the clinic’s name will also help expand their reach to the rural areas between Fredericksburg and the Washington, D.C. area 40-plus miles to the northeast.

The re-branding has been well-received by the center’s various audiences, including volunteers, clients, and donors.

“They embrace it,” Swett said of donors, “We haven’t had any negative feedback from clients. We’re hoping the name change is going to draw more clients to us.”

Women like Julie. She came in seeking a pregnancy test and had planned to abort her child should her test be positive. It was. But, since she was too early for an ultrasound, she scheduled a second appointment a few weeks later.

Prior to leaving her first appointment, Julie was given several pamphlets and a topical reference Bible. When she returned the following week for the ultrasound, she was asked if she had read any of the materials given to her. Julie said she had, and looking to the place where the Bibles were stored, she picked up one of the topical cards and opened it to the ‘Abortion’ reference.

She read aloud, “Children are a gift from the Lord; they are a reward from him.”

Her follow-up answer was a breath of fresh air for Swett and her team: “I cannot abort this baby.”

Choices Women’s Center has had a busy year. In addition to the name change, the center expanded its reach with a new mobile ultrasound it received last fall. A team travels once a week to an adjoining county, providing pregnancy options consultation, medical services, and community resources to women in an area about 40 minutes away from Fredericksburg.

“The goal was to try to accommodate and meet clients who might not be able to travel to Fredericksburg,” Echevarria said. “It’s been a huge blessing and a huge success. We’ve established that location one day a week. We have staff and volunteers to cover it and we have that portable ultrasound machine.”

The reception has been positive, especially by social services agencies in the area.

“They are elated that we’re in that area now,” Swett said. “There’s such a need, and we heard that during the past few years when we first started to investigate. They are very excited and welcoming.”

The center is looking to take similar services to a second county in the future. Also on the horizon are opportunities to be on nearby college and university campuses for tabling and other events.

Refreshing outreach materials for clients and potential clients is also in the works, Swett said, as well as advertising on radio stations that reach the center’s demographic audience.