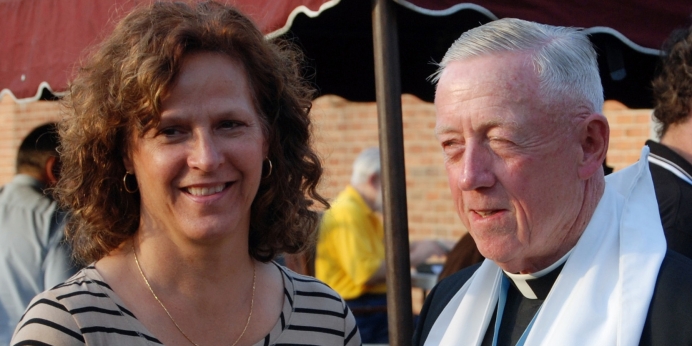 Halfway between Washington D.C. and Richmond, Va., is Fredericksburg, a strategic mid-point between the Union and Confederate forces during the Civil War.

Today, in that historically significant community, sits a newly established pregnancy center, overflowing with the vibrancy of its staff and volunteers, and poised to make a strategic impact for women both today and in the future.

“God is showing us that there's a community of believers out there who were looking for and waiting for a reason to support a pro-life agency,” said Denise Swett, executive director of The Fredericksburg Pregnancy Center. “God has done an amazing work here very quickly.”

Opened in October 2012 in a building once housing Bethany Christian Services, the Fredericksburg Pregnancy Center has experienced a positive welcome, and is building on that by developing strong relationships in the area.

While they are concentrating on serving each client, Swett and her team also hold a larger vision that includes hopes of future expansion into neighboring counties.

The vision also includes strong partnerships with physicians, and taking one of the two ultrasound machines the pregnancy center has “on the road.”

“We have one office that is secured and two others that we're working with,” Swett said. “We'd like to have one in each of the four counties, and we'll take the portable unit to that particular office on that designed day to be able to see clients.”

“I told them we weren't ready for that (yet),” Swett said.

It didn’t take the center very long to get ready, however. And the Knights of Columbus kept the momentum going in the meantime.

A year rolled by, another fundraising campaign took place, and in May 2015 the Fredericksburg Pregnancy Center had its second ultrasound machine.

“The second machine has come with a vision for education purposes and to serve clients in surrounding counties,” Swett said. “We have clients we believe we're not reaching.”

“We've seen the opposite—God has truly blessed us,” she said. “(But) we're probably still feeling the honeymoon phase.”

Although there are no abortion clinics in Fredericksburg, it takes less than an hour on any side of the community to get to a clinic. That’s one reason why, Swett says, the need is great for the services and support that the Fredericksburg Pregnancy Center provides.

The center offers pregnancy testing and ultrasound, along with two baby boutiques and an Earn While You Learn program. Creating and sustaining partnerships in the community has already proven to be a viable way to reach more women who need the services and support.

“We're a community, we're about bringing people together,” Swett said. “We have to establish a need (for expansion) but also work together with others in serving our clients and bringing in doctors that have established practices in the four counties in which we serve.”

The center serves an average of seven clients a week during the three days a week the facility is open, Swett said. Currently in the process of rebranding, the center’s staff and board are preparing for a an increased footprint in the community.

Tweet This: "We're a community, we're about bringing people together." #prolife @KofC

The Knights and the center plan to make the fish fry an annual event, Echevarria said.

As the staff, board and volunteers of the center look ahead to the future, their goal has become increasingly clear: reduce the region's abortion rate.

“We are working to extend our hours as we re-brand and see the need in the counties.” Swett said. “We've been making preparation to be able to support the increase (in number of clients served) so we're looking forward to going to five days a week.”