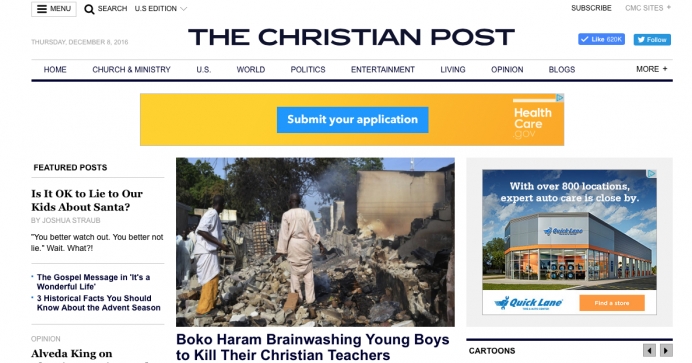 Writing at The Christian Post on Thursday, Pregnancy Help News editor Jay Hobbs argued that the fates of Roe v. Wade and Obergerfell v. Hodges may well stand and fall together.

Cautioning Christians and other conservatives against conceding that Obergerfell—the 2015 Supreme Court decision legalizing same-sex marriage—is “settled law,” since doing so undermines the argument that Roe should be overturned, sending the question of abortion back states and other legislative bodies.

“Both are legislation by naked judicial fiat, both are an inherent threat to democracy, and therefore, we must call for both to be thrown onto the ‘ash heap of history,’” Hobbs said, referring to a campaign promise from Vice President-elect Mike Pence.

“We either stand against both, or we accept Roe as ‘settled law’ along with Obergerfell. Trying to take a position in the middle won’t work precisely because the middle doesn’t exist.”

In the op-ed, his fifth at The Christian Post, Hobbs pointed to a key common thread Roe and Obergerfell. Both appealed vaguely and imprecisely to the 14th Amendment, which guarantees due process and equal protection under the law—guarantees that the court hijacked particularly ominously in deciding Roe back in 1973.

While the election of Donald J. Trump—along with a multitude of conservative lawmakers—may rightly have an emboldening effect on the pro-life movement, Hobbs warns that the common flaw between the two decisions calls for opponents of Roe to be intellectually honest by voicing opposition to Obergerfell on the same grounds.

The Christian Post reaches a monthly audience of 10 million readers. Articles that have originally appeared at Pregnancy Help News have also been republished at TheFederalist.com, TheGospelCoalition.org and NewBostonPost.com, as well as LifeNews.com, LifeSiteNews.com, LiveActionNews.org and NationalRightToLifeNews.org.

Founded in January 2015, PregnancyHelpNews.com reaches a weekly readership of over 10,000.