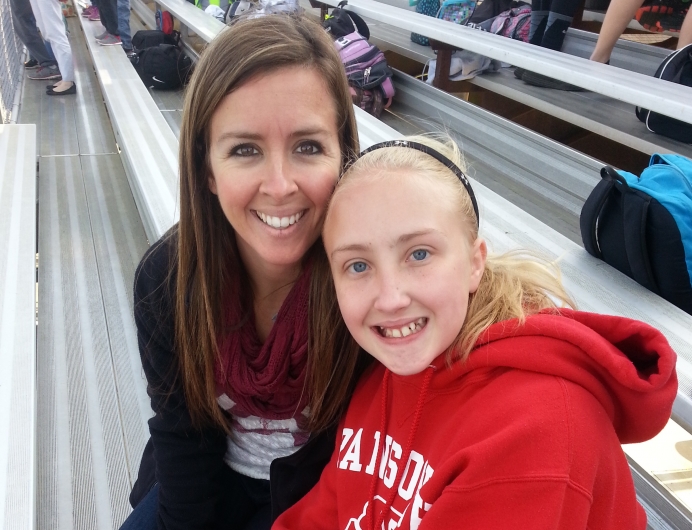 Nikki and her daughter, Alexis, are headed to Washington, D.C. to tell their story this January. Photo Courtesy: Options Pregnancy Clinic, Branson (Mo.)

While the nation’s attention will be focused on the presidential inauguration of Donald J. Trump in early 2017, two powerful pro-life events are scheduled for the following week in the nation’s capitol.

Commemorating the 44th year since the Supreme Court legalized abortion on-demand throughout the U.S. with its landmark Roe v. Wade decision, the annual March for Life is expected to draw as many as 500,000 peaceful demonstrators in its Jan. 27 event.

A day prior to the march, however, Heartbeat International will bring seven mothers—and their babies—to meet with their representatives in the U.S. House and Senate in its Babies Go to Congress event, where mothers tell how they chose life over abortion with the help of a local pregnancy center.

Launched by Heartbeat International in 2009, a total of 113 mothers have previously made the trek to Capitol Hill through Babies Go to Congress, paying a visit to 265 congressional offices—including those of both Democrats and Republicans.

Though the main purpose of the visit is to make lawmakers aware of the good work pro-life grassroots organizations are doing every day in their districts, the mothers themselves are empowered with an unmatched opportunity to tell their story to their elected officials.

Each of the moms and their children illustrate the positive life-long impact of the nation’s 2,600 pregnancy help locations.

“This is one event Planned Parenthood could never dream of pulling off,” Heartbeat International president Jor-El Godsey said. “Pregnancy help centers empower each woman to make the healthiest choice for everyone involved in her unexpected pregnancy. This is a powerful platform for us to both show and tell the truth that pregnancy help centers are good for America.”

Made up of seven moms and seven babies, this year’s group includes two families from Ohio, and one each from North Carolina, Missouri, Arizona, Texas and Wyoming.

Though six of the moms are bringing children 4 years old and younger, one mom—Nikki from Branson, Mo.—is bringing her 14-year-old daughter to the event.

“Sometimes you just need someone to believe in you.”

Nikki was raised in the church and had recently graduated high school when she found out she was pregnant. Finding help at Options Pregnancy Clinic in Branson, she not only chose life for her daughter, Alexis, but the staff at Options encouraged her to keep pursuing her education and career goals.

In stark contrast to an amicus brief signed this summer by 113 female attorneys who said they owed their careers to having an abortion as young women, Nikki is closing in on a decade as a licensed counselor, and is working on her doctoral degree in psychology.

Nikki’s daughter has given her a new perspective, she said, teaching her how to be “patient, hard-working and motivated.”

“My hope is that every young woman facing an unplanned pregnancy will find the help she needs to face the challenges of being a single mom,” Nikki, who later married, said. “It’s not easy, but I am living proof that the future is what you make of it. Sometimes you just need someone to believe in you. I found the help I needed, plus a lot of inspiration at Options Pregnancy Clinic.”

Similarly career-motivated as a young woman, Kynnedi was sorting through a trio of college scholarship offers when the Columbus, Ohio, native found out she was pregnant midway through her senior year of high school.

With her parents going through a painful divorce and the baby’s father set to head off for basic training in the military, Kynnedi was essentially frozen in fear throughout her pregnancy. She kept it a secret from her parents and boyfriend until late in the pregnancy, and she hadn’t so much as set an appointment for an ultrasound or seen a doctor until a month before her due date.

When she told her boyfriend at seven months, his reaction only confirmed her worse fears.

“He was just as scared, if not more scared, than I was, so his first reaction was to get rid of the baby,” Kynnedi said. “For a pregnant woman, that was a hard pill to swallow because I had already fallen so deeply in love with my baby.”

Tweet This: 7 moms, babies to tell their stories to Congress with @HeartbeatIntl prior to @March_for_Life

When Kynnedi’s mother found out at eight months, she moved almost immediately from tear-filled shock to responding to a more urgent threat. With no medical attention to date, Kynnedi’s very life could be in danger, as well as that of her baby.

In their search for help, Kynnedi and her mother found Pregnancy Decision Health Centers, an organization with six ultrasound-equipped medical clinics through Central Ohio. Their worst fears were quieted by a free ultrasound in the first visit, and the center’s staff worked with Kynnedi to help her sort through the options.

“There was no way in this world [the staff] was going to let me do this alone,” Kynnedi said. “No matter what your decision was, you always had support and someone to talk to without being judged or thought of as another teenage statistic.”

Now married to the father of her baby, Kynnedi—who is pursuing her dream of becoming an ob-gyn—will bring along little 17-month-old Rowan, and tell her congressmen how Pregnancy Decision Health Centers helped her through what felt like the biggest crisis of her life.

“Rowan has turned my life around a complete 180,” Kynnedi said. “He is my biggest motivation when it comes to school or working. I remind myself that everything I do is for him to live an even better life than I did. Without a doubt he is the most blissful blessing that was ever given to me.”

A Snapshot of the Whole

While Nikki and Kynnedi’s stories are unique and inspirational on their own, the two women’s experiences at pro-life pregnancy help organizations are anything but the exception.

Since 2010, the pregnancy help community has grown by as many as 1,000 U.S. sites, out-numbering the combined locations of GAP and T.J. Maxx, according to Heartbeat International’s 2015 Life Trends Report.

Tweet This: Son mom saved from #abortion "has turned my life around a complete 180" @HeartbeatIntl @March_for_Life

“Numbers like these certainly do help tell the story of our impact, but there’s no replacing the value of every single woman and child our network serves every day,” Godsey, a former pregnancy center director, said. “Every woman like Nikki and Kynnedi deserves love and support during their unexpected pregnancy. No woman should ever feel so alone, coerced or hopeless that she ends her child’s life through abortion.

“This event is a powerful reminder of what happens when women are empowered with true choice through pregnancy help.”