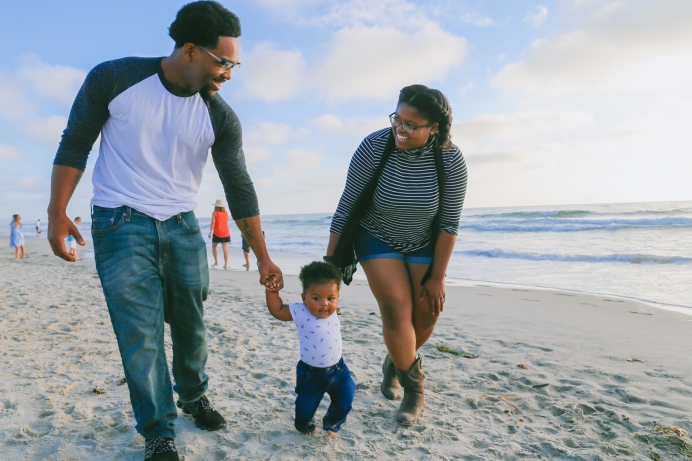 Under what circumstances is a baby a mistake?

Taylor was pregnant at seventeen and still in high school. Her best friend told her, “You better not get an abortion!” Her boyfriend said, “If you keep it, we’re done.”

Her parents threatened her too: if she ever got pregnant, they would kick her out and cut off her college money.

So many voices shouted at Taylor that she didn’t know what to do.

She was strongly inclined to pursue abortion.

Brandy was only a junior in high school when she got involved with a boy her parents disapproved of. Her pregnancy threatened to interrupt her schooling and end her cheer-leading.

Brandy felt she should probably have an abortion.

Courtney’s boyfriend broke up with her. She wanted to go back to college and was fearful of disappointing her parents. She also had to continue working.

Courtney felt she needed to “take care of the problem.”

In all these scenarios, fear played a major role—fear of the future, of financial hardship, of interrupted hopes and broken dreams, of angry parents and ruined relationships.

Let’s take a big step back and look at these true stories from God’s perspective.

Here is what the Lord and Creator has to say about an unborn person:

“I chose you before I formed you in the womb; I set you apart before you were born…” (Jeremiah 1:5).

And here is the praise-filled human response to the wonder of how God makes us:

“For it was you who created my inward parts; you knit me together in my mother’s womb. I will praise you because I have been remarkably and wondrously made. Your works are wondrous, and I know this very well.  My bones were not hidden from you when I was made in secret…Your eyes saw me when I was formless; all my days were written in your book and planned before a single one of them began.” –Psalm 139:13-16

Throughout Scripture, children are spoken of as a blessing - never as a burden, problem, or mistake.

But what about children who are conceived outside of marriage? Or as the result of cheating on a spouse or boyfriend?

It’s true that there are difficulties in such scenarios.

Teens who are sexually active before marriage risk unplanned pregnancies (not to mention STI’s and STD’s). A wife who cheats on her husband risks being found out if she gets pregnant.

The mistake in these situations is the choices that were made - choices which led to an unplanned pregnancy.

The baby is not a mistake.

Even in the case of pregnancy resulting from rape, in which the woman had no choice, the problem is the crime committed against her—not the baby.

This concept can be counter-intuitive, because our culture places relative worth on persons based on circumstances, convenience, and utilitarian value.

Our culture makes it possible to rationalize the idea that a person can be a “mistake.”

Not so in God’s mind.

Tweet This: Our culture at times rationalizes the idea that a person can be a “mistake.” God doesn’t see human beings - born or unborn - as mistakes.

He sees them as His precious image-bearers, loved by Him and here for a purpose, no matter how their story began.

We are not God. We have no idea how our futures will turn out. Our imaginations fall far short of what He can do.

Here’s what happened in the true stories above:

Taylor’s ex-boyfriend dotes on his little girl. Her mom is a devoted grandma. And Taylor did go to college, a confident young woman who has learned to speak for herself.

Brandy decided to place her son for adoption. She continued high school, and her little boy’s adoptive parents attended her cheer-leading events.

Courtney concluded her daughter is the best thing that ever happened to her, and she couldn’t imagine a life without her. With her parents’ help, she went back to college.

In all these cases, what seemed to be a mistake or problem—a baby—became, instead, a source of blessing, joy, family unity, emotional healing, and purpose.

So, under which circumstances is a baby a mistake?

God creates and loves them all.