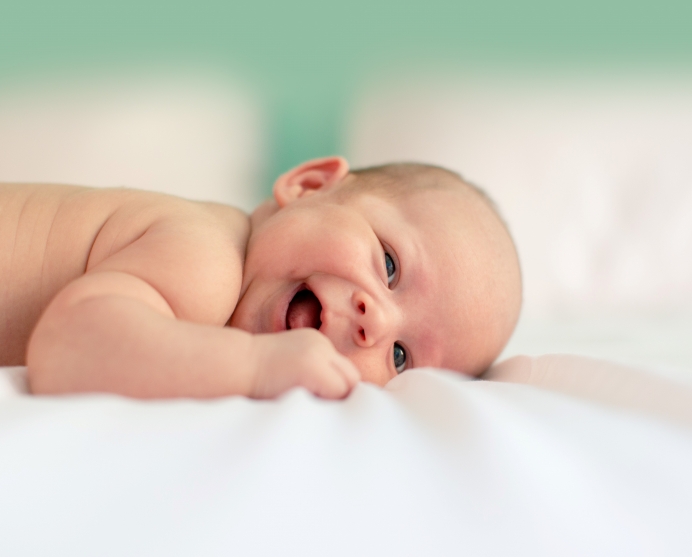 How does a life-affirming worldview affect our view of people in general?

The clinic door swung open, and a teenage girl walked in. “Mia” carried an infant seat into the waiting area, set it on the floor, and pulled back the pink blanket.

There lay a five-day-old baby girl, a wisp of blond hair on her head, sleeping. I held my breath, feeling like I was the one dreaming.

This baby was my “first.”

I’d had a number of conversations with young women considering abortion, but I had never before laid eyes on a live baby who had survived that possible outcome.

The little girl’s mouth dropped open as she slept, forming a perfect “O.”

“Oh” - The perfect word for a holy moment.

Baby was clearly her momma’s pride and joy. A few months ago, though, she was Mia’s biggest problem—or so it seemed.

The 16-year-old had a mentally unstable mother, and both were homeless when Mia realized she was pregnant.

At first, she thought abortion was her only choice. Obviously, she decided against that, but her situation illustrates something that lies at the root of every abortion decision.

Here’s the thing: in order to offer (or accept) abortion as a legitimate solution for an unplanned pregnancy, one must embrace a certain worldview.

Christians believe human beings are created by God in His image, unique from the rest of creation. We believe humans carry intrinsic worth and value by virtue of the One in whose image they are made.

Operating from that worldview, we do not measure the value of persons based on other factors such as gender, race or class.

We do not lower the value and dignity of a person who is still developing in the womb and whose parents were not planning on her or him.

Tweet This: Christians do not lower the value & dignity of a person who is still developing in the womb & whose parents were not planning on her or him.

As Dr. Seuss put it, “A person’s a person, no matter how small.”

Our culture, however, does not embrace a Christian worldview.

We largely tend to accept a secular, naturalist perspective, meaning we exclude God from the picture when it comes to defining what a human being is.

Darwinian influence causes us to think that it is appropriate for only the fittest to survive. Naturalism tells us there is no room for God or the supernatural, either concerning events that happen in our world or what we believe about life and one another.

With naturalism, humankind is merely a more highly evolved form of animal. We exist as the result of a cosmic accident, just like all the other creatures.

In addition, materialism adds its two bits by telling us we are worth what we produce. With naturalism, humankind is an animal; with materialism, we are machines.

Either way, there’s nothing all that special about us.

Can you see how such a viewpoint naturally leads to accepting and promoting abortion as a way to solve the problem of an unplanned pregnancy?

If human beings aren’t special, if only the fittest should survive, if we are nothing more than animals or machines, then what is a preborn person worth?

One perspective is absolute; the other is relative.

One viewpoint places high value on every person, no matter what. The other places value only when it is convenient and desirable to do so.

If a child in the womb were able to articulate the question, “What am I worth?” the Christian response would be, “You are created in God’s image, and you have inestimable value.”

The naturalist response would be, “It depends.”

Let’s circle back to Mia and her baby.

Mia was strongly influenced by culture in her pregnancy decision-making process. Once she received emotional support, she was more able to exercise critical thinking.

She began to realize her baby was not a problem, but rather, a human being.

She began to see her baby the way God sees her.

The beauty of the life-affirming Christian perspective is its consistency. Its ethic extends to other people groups besides the unborn.

Tweet This: "The beauty of the life-affirming Christian perspective is its consistency. Its ethic extends to other people groups besides the unborn"

A pro-life perspective is honoring toward the elderly. It leaves no room for racism. It offers dignity to the homeless or disabled person. And so on.

As those who believe human beings are created in the image of our loving heavenly Father, we put no parameters on what makes a person worthy.

Every existing person is already worthy.