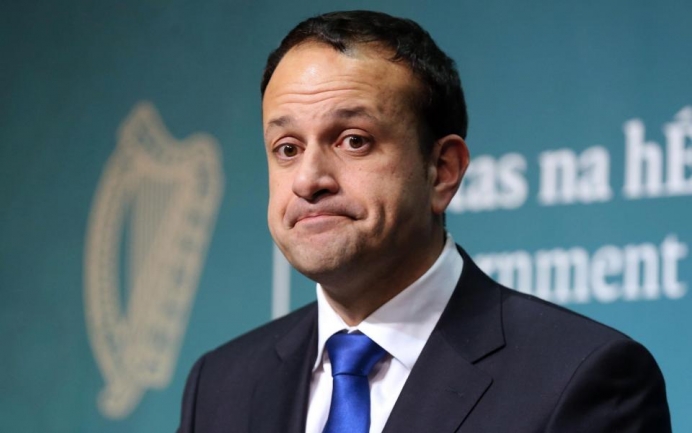 Pro-life leaders based in the U.S. have called upon Ireland's head of government, Leo Varadkar, to uphold protections enshrined in 8th Amendment.

As early as this May, Varadkar’s parliament could strike Ireland’s 8th Amendment and legalize abortion up to 12 weeks—a move that has been years in the making, but has sparked heavy opposition from pro-life Christians throughout Ireland.

Wednesday afternoon, as Varadkar visited the White House to commemorate St. Patrick’s Day, a representative from the March for Life Action Fund handed him a letter co-signed by 18 U.S.-based pro-life organizations, calling upon Ireland’s leaders to reconsider their plan to withdraw key protections for unborn babies.

Ireland is the only European nation to protect unborn children from abortion, allowing the deadly procedure only in cases where it would be necessary to save a woman’s life.

In the letter, March for Life and its co-signees call upon Ireland to continue standing strong in the face of pressure from abortion activists.

“Planned Parenthood lawyer Julie Kay called Ireland, ‘The Jewel in the crown of the pro-life movement,’” the letter says. “But Ireland isn’t just a jewel for the pro-life movement, it is a beacon of hope for the entire world. Ireland has become one of the leaders in demonstrating life-affirming laws and medical treatment. This is something to be protected and hailed—not something to be repealed.

“The 8th amendment should be applauded not repealed. You have the power to continue Ireland’s excellence in life-affirming laws and healthcare.”

“Science clearly shows that life begins at conception and with modern medical advances unborn children are able to survive outside of the womb at earlier and earlier stages of development,” the letter states. “With modern technology, we are able to see clearly the fingers, toes, heartbeat, brainwaves, all of the facets of a living, breathing human being—and this is all present before 12 weeks.”

Abortion campaigners have been on the warpath to legalize abortion in Ireland for several years, and picked up significant momentum in 2012 by exploiting the death of a young woman named Savita Halappanavar, who died due to an infection.

While Irish law under the 8th Amendment would have allowed Halappanavar to resort to abortion to save her own life, doctors determined at the time that an abortion was neither necessary nor potentially helpful. In fact, as former abortionist-turned pro-life activist Dr. Anthony Levatino has testified, abortion is never necessary to save the life of a mother.

Nonetheless, the facts of abortion and healthcare have not stopped abortion advocates from pushing for the 8th Amendment’s repeal, enlisting the celebrity of Irish-born film and comedy stars such as Liam Neeson and James Corden to endanger unborn children.

“Ireland has been a beacon of hope for America, that one day we too could have life-affirming laws that promote excellent healthcare for women and their children,” the letter headed by March for Life states. “You have the power to take a stand against the repeal of the 8th and protect women and their children from abortion. Please do the right thing: uphold the 8th Amendment and take a stand for life and for love.”