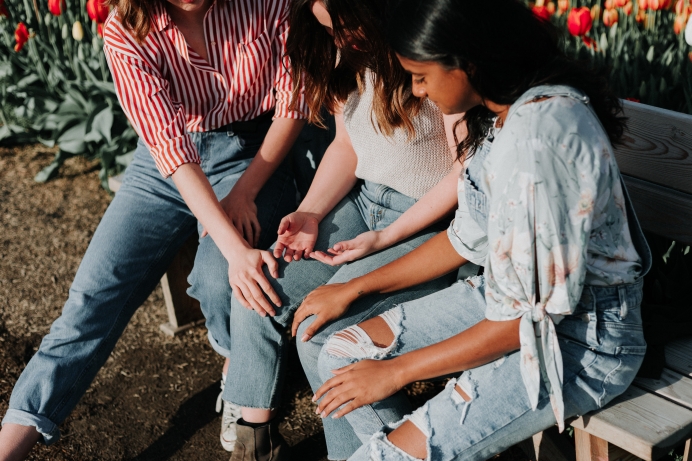 Time to shift the paradigm, stop the “unresolved loss” of abortion

We have heard it often at Mass and elsewhere: “protecting life from natural conception to natural death” is a stalwart tenet of the Catholic Church’s teaching.

Despite that, America has now arrived at 48 years of legalized abortion and over 60 million children have died from abortion in the U.S. alone.

Though Church teaching has not and will not bend on that fundamental right to life, we know that many of those getting abortions confess to be people of faith.

With St. Pope John Paul II’s encyclical Evangelium vitae (The Gospel of Life) having reached its 25th anniversary last year, it is appropriate to look to one impactful paragraph from the 1995 document:

“Laws which legitimize the direct killing of innocent human beings through abortion or euthanasia are in complete opposition to the inviolable right to life proper to every individual; they thus deny equality of everyone before the law.” Evangelium vitae (The Gospel of Life) no.72

Tweet This: We know that laws don’t change hearts, but hearts change laws. We can be effective change agents by pursuing a heart change.

After almost five decades of legalized abortion most people beyond the age of reason either know someone who has had an abortion, or they have been directly impacted by abortion.

Studies show that one in four women will have an abortion by the age of 45 and 50% of all abortions are performed on someone who has already had one.

Abortion does not discriminate by race, religion, or national origin, or for that matter, even the father of the child.

Many are impacted by an abortion decision, including both parents, the unborn child’s grandparents, siblings, extended families, and even the ones who drove someone to the abortion facility.

Consumer research shows that at least 33% of those surveyed had experienced an adverse change after abortion.

A 2019 study titled, "After Reproductive Loss Care Study," proprietary consumer research commissioned through the pro-life organization Heroic Media, conducted by ShapardResearch and referenced on SupportAfterAbortion.com, also showed that of those Catholics surveyed, 44% agreed they had an adverse impact.

And though these women confessed the faith, when asked how many went to religious services; 80% said rarely or never.

We can ask ourselves why.

Could it a feeling of personal condemnation and/or judgment in the churches they attended?

In the same study, respondents were asked if they knew where to go for help for their loss. Ninety percent did not know.

The following are some actual “verbatims” from the research from those who experienced abortion:

“It brings a deep guilt, sadness and feeling of loss”

“I’m haunted by it (the abortion)”

“I deeply regretted doing this”

These statements reflect the guilt and self-judgement women are imposing on themselves. Many carry the burden of their abortion as a weight they believe can never be taken away.

Any mortal sin separates (excommunicates) a person from God, but the sin of abortion is not unpardonable.

We need to correct that myth. Reconciliation with the Lord is available with repentance and redirecting ourselves toward the Him.

“I wish to restate as firmly as I can that abortion is a grave sin, since it puts an end to an innocent life. In the same way, however, I can and must state that there is no sin that God’s mercy cannot reach and wipe away when it finds a repentant heart seeking to be reconciled With the Father.”

What can we do? Simply sending someone to the confess their sins may not always be the best first step.

Be compassionate; circumstances before and around abortion are complicated.

Listen. Listen and listen some more. You may be the first to hear about the abortion.

Don’t judge the sin yourself - especially with aghast or repulsed reactions.

Instead educate yourself about abortion and its impact physically and psychologically, to open the door to more conversation that can bring healing.

We have been silent enough, indifferent enough; even ignorant enough. We need to shift the paradigm, because this unresolved loss is killing our families, our churches, and our community.

For more information on healing from abortion, talk to your priest, deacon, or other minister, or the Respect Life coordinator for your church if there is one.

There are numerous healing resources available for those affected by abortion, including SupportAfterAbortion.com.

Heartbeat International and many other organizations offer assistance for those impacted by abortion. For a list click HERE.

Editor's note: Janine Marrone is a retired financial services executive and founder of Luncheons for Life in six states, as well as board chair of Support After Abortion. This article first appeared in the Jan. 13, 2021 bulletin for St. Elizabeth Ann Seton Catholic Church in Naples, Fl., and this edited version is reprinted with permission. Option Line is managed by Heartbeat International, which manages Pregnancy Help News.