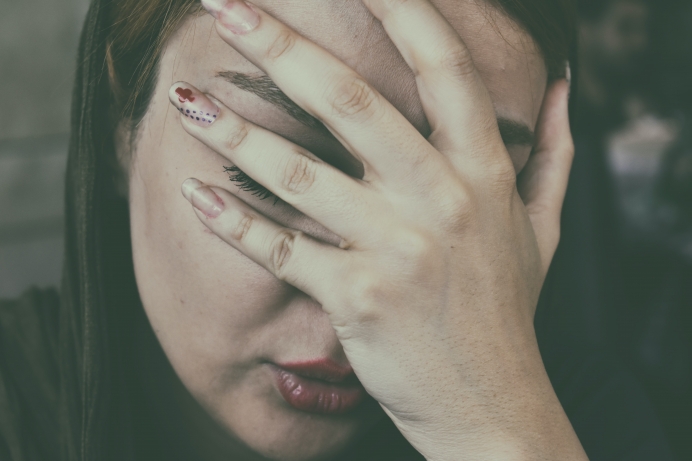 A new study demonstrates how chemical abortion harms women. This case study focused on understanding the decision process for women seeking medication abortion, examined their personal experiences with it and provides valuable insight for those called to help them through the grieving process. It also provides new information for reaching out to women in the midst of an abortion decision.

The study's findings and the implications for women and their emotional health are especially pertinent with the continued increase in the prevalence of chemical abortion.

Dr. Katherine A. Rafferty (Iowa State University) and Tessa Longbons (from the Charlotte Lozier Institute) co-authored the study, titled, “#AbortionChangesYou: A Case Study to Understand the Communicative Tensions in Women’s Medication Abortion Narratives.” The findings were published in a June 1, 2020, article for the journal Health Communication.

While the overall number of abortions have decreased in the U.S., there is now a growing increase in medication abortions, the article reports. Abortion providers are moving from in-office protocols to where more and more abortions are occurring individually at home with limited clinician assistance.

This is leading to higher complication numbers, according to the article, with more emergency room visits. So, as one in four women in the U.S. will have an abortion by age 45, obvious concern for medical health is appropriate.

However, perhaps of even greater concern is the emotional health of these women. This was the detailed focus of the case study.

The website utilized for the focus of the study offers a safe haven for women to express their fears and emotional pain of the chemical abortion experience openly with anonymity. The study focused on and analyzed 98 blogs from women who had medication abortions, dating from October 2007 to February 2018.

According to Rafferty, the research team’s analysis was focused on studying the language utilized by women who have been, “marginalized (e.g., women who have had a medication abortion) whose perspectives are often muted and stigmatized in society.”

The researchers found that 53% of the women reported the father of their child or other family members discouraged her to keep the baby.

One woman said, “I remember my husband telling me, ‘well don’t expect me to be too happy with the idea of having it if you decide to keep it. I won’t be too loving.’ That was a knife through my heart and I made the tough decision to go through with the abortion.”

Many of the women reported that they did not realize they had other options until after their abortion.

“They all tell you ‘it’s your choice’ in the moment, but you don’t feel that it is," one woman wrote. "Being unable to afford it, unable to tell you loved ones, not having the help or feeling unable to support a child. When your partner doesn’t want it like you do. All these things push you, blind you to a decision that you don’t realize will destroy you.”

For some, their own parents were the intimidating factor.

“I was kind of excited but I was so scared to tell my family," another woman wrote. "I told my mom and her first response was I hope you’re getting an abortion. You’re going to be a terrible mom.”

The report states that, “Ultimately, these centripetal discourses (coming from society, the pro-choice movement, other people in their lives, or their own fears) negated the centrifugal discourse that other alternatives (adoption or keeping their baby) were justifiable options available to them.”

“I was in so much pain on the bathroom floor;”

“The pills made me vomit, lose control of my bowels, sweat, faint, pass out, and go into full labor;” and

“They told me it wouldn’t hurt and I wouldn’t feel a thing. THAT WAS SUCH A LIE. I felt everything, I heard everything, I seen everything. I ended up blacking out from the pain and puking all over myself.”

Tweet This: “They told me it wouldn’t hurt and I wouldn’t feel a thing. THAT WAS SUCH A LIE..." Post-chemical abortion mom.

While the physical pain may be downplayed by the clinic prescribing these abortions, the emotional trauma is not even mentioned.

“I knew to expect blood clotting, but nothing could’ve prepared me for seeing her body. It was the color of my own skin, and was actually starting to look like a person,” one woman wrote.

The study demonstrated how women who agree to medical abortion feel misled and deceived.

Perhaps this woman’s words capture the deeper reality: “We were told we would go back to normal and it won’t affect us but they were wrong!!! All I feel is emptiness and hatred. I used to be the happiest most positive girl. All I want is to take it back.”

Not surprisingly, 83% of the women reported that their medication abortion changed them.

Tweet This: Not surprisingly, 83% of the women reported that their medication abortion changed them. #AbortionChangesYou

One said, “I really thought that I could somehow go back to the way things were before finding out I was pregnant. But I cannot. I am not the same person, and my husband is certainly not the same either.”

To say expectations were not met entirely understates the reality for these women.

One recounted, “I thought maybe after the due date I would feel better, but it doesn’t end there. It NEVER ends! The pain and emptiness stays there forever.”

Processing emotions for these women is akin to trying to capture the wind.

While 77% explicitly stated they regretted their decision, another 38% reported issues with anxiety, depression, drug abuse and suicidal thoughts as a result of the abortion.

“I am haunted by the image of my tiny baby. I always will be. I cut myself and even wanted to die,” wrote one.

Another said, “Looking at my kids thinking of another beautiful child. Couldn’t live with myself. Wishing God would take my life.”

We cannot afford to be uninformed about the new wave of issues medication abortions are bringing.

“Stigma, silence and fear lead women into remaining private and secretive about their abortion,” said Dr. Rafferty. “We know from prior research that secrecy leads to poorer coping, further isolation and a lack of social support.”

Editor’s note: Look for a follow-up review of this research, including Rafferty’s insights from a webinar review of the study, as well as insights from a pregnancy help center’s pregnancy loss program manager. Heartbeat International manages the Abortion Pill Rescue Network and Pregnancy Help News. Assistance and support are available through Option Line 24/7, 365 days a year at 800-712-4357, by texting “HELPLINE” to 313131, and by visiting OptionLine.org.

Focus on the Family post-abortion healing

Coalition for Life/40 Days for Life