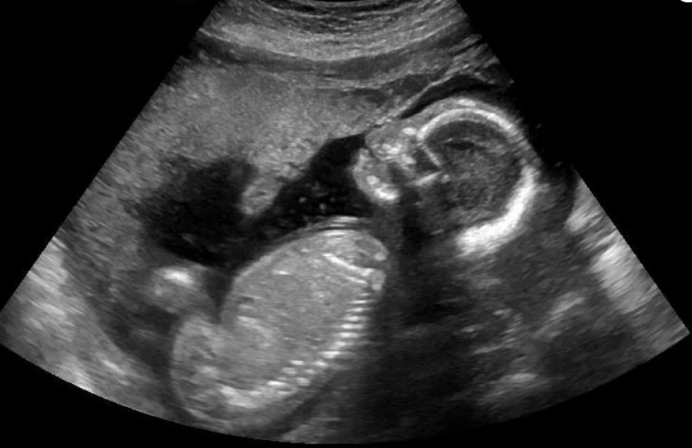 Free abortion on demand in Pennsylvania? We might be closer than you think.

A year ago, maybe even six months ago, I would not have thought this was a possibility. Pennsylvania has a conservative legislature, and even though our governor is very pro-abortion, I would have thought it would be impossible to quickly unravel the protections against abortion in Pennsylvania law.

Yet, here we are.

So, what is happening?

Allegheny Reproductive Health Center, along with nearly every other abortion provider in the state, has brought a case against the Pennsylvania Department of Human Services. They are seeking to strike down Pennsylvania's law that prohibits using Medicaid funding for abortion services.

As it stands now, Medicaid funding (that is, health insurance through the state for people who are low income) can only be used if the pregnancy is a result of rape or incest, or if the pregnancy threatens the life of the mother.

In quite the plot twist, being pregnant and low income is one of the ways to get Medicaid insurance. In fact, when I became pregnant with my third and fourth sons I was popped onto Medicaid in a hip and  hurry (as my grandma would say). Not only does Medicaid pay for pregnancy-related healthcare, it pays for all of your other healthcare (as it should - a healthy mom makes for a healthy baby). So, if this goes through it would be quite possible for a mother to become pregnant, get on Medicaid, get a free abortion, and then have free healthcare for a year or so. A woman can also continue to receive WIC benefits for a certain amount of time after an abortion, but that's another story.

The abortion clinics are essentially attempting to get the courts to state that, under Pennsylvania's Equal Protection Clause/Equal Rights Amendment, state funding is required because otherwise it creates a barrier for women seeking "reproductive health care." Since there are no barriers for men, because men can't be pregnant, it is unfair to women to put barriers in place for their care. The court would essentially find a "right" to abortion in the Pennsylvania constitution.

Tweet This: PA abortion clinics are essentially attempting to get the courts to find a "right" to abortion in the Pennsylvania constitution.

Plot twist #2 - "men," according to the common parlance of today, can become pregnant. So can they really say it is a gender issue?

Not only would a win for the abortion industry provide state Medicaid funding for abortion, it could quite possibly roll back the entire Abortion Control Act. This would mean there would be no 24 hour waiting period, no more informed consent, and no 24 week gestation abortion limit. It is also possible that this would remove all of the laws designed to keep women safe that were put in place after the Kermit Gosnell debacle.

Are you feeling completely shocked yet? I know I was when I first found out about all of this.

First of all, we need to pray. God can do amazing, incredible, and phenomenal things. He can prevent the case from making it to the Supreme Court, He can cause the Court to rule against the abortion clinics, or He could choose to intervene in a million other ways. I would note, though, that we (Pennsylvanians) got ourselves into this mess. If I remember correctly, the year the most recent justices were elected we had abysmally low voter turnout. If Christians don't vote, this is what we get.

Second of all, we need to strengthen our resolve to provide all women the information and resources they need to make a choice for life. There are pregnancy centers all across the state of Pennsylvania working to do just that. Find the one closest to you and get involved. If you're not sure which one is right for you, check out Promise of Life Network. We're a pretty great organization!

Third, get ready for a life-affirming constitutional amendment. The PA Family Institute is already preparing for this eventuality. In their words:

"A constitutional amendment is what is needed to protect against the threat posed by pro-abortion judicial activists. The process to enact an amendment to the Pennsylvania Constitution is as follows:

This amendment would not only undo a Supreme Court ruling declaring a "right to abortion," it would also maintain our current laws and allow future legislation designed to protect women and their babies.

Even if the amendment is enacted, and we must do all we can to make sure that happens, we are still looking at a few years of "free abortion on demand" in the state of Pennsylvania. We could end up with unrestricted late term abortions, abortions free of charge to women considered low income, and new abortion clinics popping up in low income communities to take advantage of federal funding.

Join us in praying for God's protection over the unborn children in our state.

Editor's note: This article was published at Sarah's blog SarahMBowen.com and is reprinted with permission.

Sarah Bowen is the Executive Director of Promise of Life Network, a life affirming organization including pregnancy help, parenting support, and abstinence education with locations in Slippery Rock, New Castle, and Sandy Lake, PA. She began working in the pro-life movement as a college intern at the organization (then known as Habakkuk Pregnancy Resource Center) in 2008, and has been the executive director since 2014. Sarah and her husband Anthony have been married for 12 years and Anthony stays home with and home-schools their four sons. Sarah graduated from Geneva College with a bachelor’s degree in Human Services and a minor in Business and is currently working towards her MBA. Her first book, Courageously Pro-Life, and other resources for pregnancy centers are available on her website, sarahmbowen.com. When Sarah isn’t working to end abortion she can be found knitting, riding her razor scooter, bicycling, and spending time with her family.