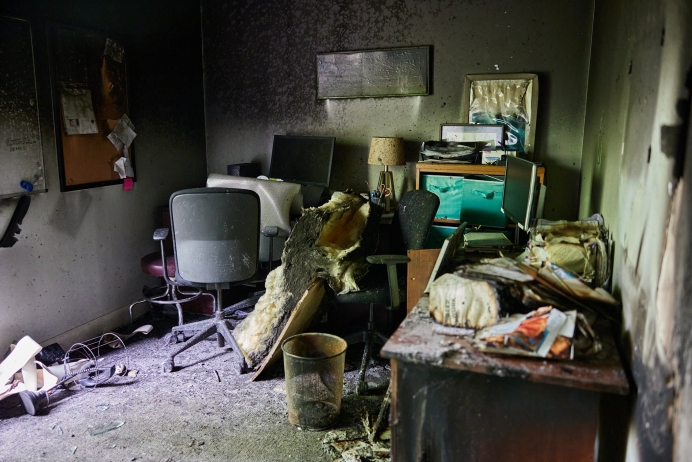 The threat against pregnancy centers is just getting worse

“No recent firebombings” is the wrong standard for pregnancy center safety

Yet, we shouldn’t be fooled into thinking pro-life organizations are safer than they were this summer. If anything, the hostility towards pregnancy centers has escalated since last summer’s overturning of Roe v. Wade and a commitment on the part of pro-abortion advocates to unleash a “Summer of Rage.”

Violent attacks on the centers themselves remain unprosecuted, despite the FBI’s feeble claims that they’re being investigated and its apparent enthusiasm for prosecuting pro-life advocates.

Just this month, screaming pro-abortion protesters interrupted a fundraiser for a D.C. pregnancy center a half dozen times. Women at the event were testifying how the center served them and saved their child, but these protesters treated them as collateral damage in their attack.

In addition, multiple legislative items have been introduced with the intent to intimidate and silence these centers.

Tweet This: Multiple legislative items have been introduced with the intent to intimidate and silence pregnancy help centers.

The “Stop Anti-Abortion Disinformation Act,” or SAD, explicitly recruits the Federal Trade Commission (FTC) to target and stifle the activity of pregnancy centers. For anyone paying attention, this action requires the collusion between the government and Big Tech to stifle speech at odds with the First Amendment.

The bill targets “misleading” advertising of abortion but doesn’t explicitly identify the “tactics” or “information” it seeks to police. In fact, it’s a solution in search of a problem in this case because pregnancy centers give women the facts.

They offer services like sonograms to show abortion-determined women their preborn child. They give women medically accurate descriptions of the abortion procedure, and they distribute medical literature describing the scientific consensus on a child’s development in the womb.

Ironically, the bill supports a woman’s “freedom to decide whether and when to have a child”—even as it goes after the very centers that help these women decide to parent.

The “HHS Reproductive and Sexual Health Ombuds Act of 2022,” on the other hand, would enlist the Department of Health and Human Services (HHS) to create an abortion information czar, or “ombuds.” This czar would be able to demand a federal investigation into alleged violators of misinformation, backed with the full enforcement power of the HHS, and would exist largely to monitor, develop, and police the publicly available abortion narrative.

To be clear: This would establish an Orwellian level of federal influence over the discussion of a live medical and moral issue.

The act itself doesn’t outrightly specify which side of the abortion debate would be regarded as politically or legally credible, but you don’t have to look hard to figure that out: The bill’s sponsor, Democratic Georgia Rep. Nikema Williams, introduced it as a response to an ongoing “attack on abortion rights.”

So, no. Just because groups like Jane’s Revenge have temporarily ceased firebombing pregnancy centers doesn’t mean these centers are safe. Or left untargeted by the hegemons of our society.

Tweet This: No - Just because groups like Jane’s Revenge have temporarily ceased firebombing pregnancy centers doesn’t mean these centers are safe.

Our progressivist political leadership is actively cultivating a culture of mistrust, hostility, and alarm while the men and women who serve in pregnancy centers all across America work quietly, without failing, to make sure women have every possible resource they need.

We must establish legal and political protections for these clinics, their staff and their patients before it’s too late. We need the support of legislators, attorneys general, activists, and community leaders. We need mothers, fathers, pastors, and journalists to rally in defense of the truth, no matter how aggressively it is maligned.

Preborn children deserve to be defended. Their mothers deserve our support and complete medical guidance. The pregnancy centers serving these women are saving and transforming lives.

Simply because vigilante action is not occurring with the frequency it did this summer does not mean that pro-abortion advocates have ended their ceaseless campaign of intimidation. It is a sad moment when measuring the well-being of the pro-life community sees us responding with, “well, at least we’re not being firebombed.” That’s a very poor measure of our nation’s attitude towards human dignity, not the pro-life community’s. Together, we can ensure that vulnerable women continue to safely receive the care they need during crisis pregnancy. We can—and we must.

Tweet This: Simply because vigilante action is occurring with less frequency doesn't mean pro-abortion advocates have ended their intimidation campaign