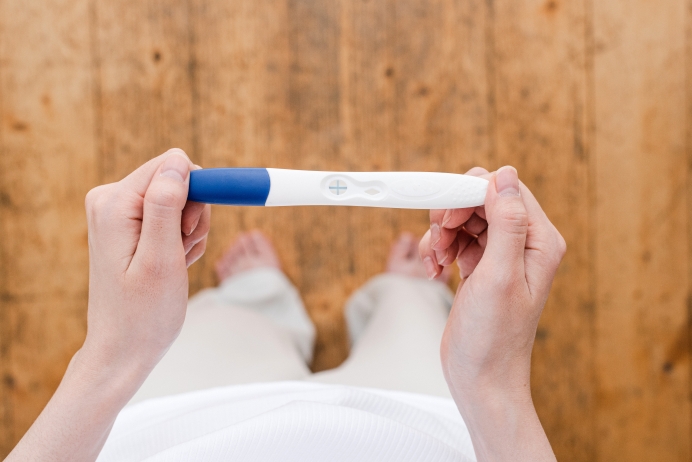 Since the overturn of Roe v. Wade, Gen Z college students are considering the location of their college a more important factor than ever, according to a BestColleges survey and an accompanying CNBC article, with their state’s abortion regulation a deciding factor. The findings are what at least one assessment is terming a “depressing commentary on the lies young women are sold to benefit the abortion industry.”

The BestColleges survey “was conducted from July 7-13, 2022. Student respondents were fielded by Lucid LLC. Survey participants included 1,000 respondents nationwide, currently enrolled in or planning to enroll in an undergraduate or graduate degree program at a college or university in the next 12 months. Respondents were 16-65 years of age and currently pursuing or planning to pursue an associate, bachelor's, master's, doctoral, or professional degree.”

● 39%-44% of current and prospective undergraduate and graduate students said the SCOTUS decision to overturn Roe vs. Wade would affect their decision to remain in the state they are or will be attending college in

● 67% of current and prospective students who opposed the SCOTUS decision said they would prefer to attend college in a state that protects abortion.

● 85% of current and prospective students who opposed the SCOTUS decision said that colleges should support students’ access to “reproductive health services, including abortion.”

Based on that survey, CNBC published an article covering the results, with personal stories of students sprinkled in.

The CNBC article starkly shows the blatant misogyny ingrained in the parts of our society that support abortion.

Additionally, it shows that young women, “are taught to fear their bodies, their future children, and that success isn't an option without abortion.”

There is a pervasive concern for women’s well-being and success in our society — but somehow that concern is intricately tied up in the legal right and easy access to killing our offspring.

Let’s take a closer look at this bleak landscape pro-choice activists want us to think exists without abortion access.

The first personal story shared in the article talks about a young girl and her friend who grew up gossiping about other girls they knew who wanted an abortion but could not get one.

One girl had a horse kick her in the stomach to induce an abortion and died from the injuries.

In what world are young women growing up in where they are so terrified and/or ashamed of pregnancy and children that they literally risk their lives to kill their child and get rid of a problem?

What is our society telling these young women about an intrinsic part of their biology? What are their parents teaching them or allowing culture to teach them?

This is a horribly sad story. This should never, ever happen. A girl who gets pregnant while still in high school or college should not feel so much fear or shame that she harms herself instead of feeling safe enough to seek help from a trusted friend or family member.

A college counselor shared that a male high-school student recently turned down an athletic scholarship at a college in South Carolina based on “ethical grounds” because the state tried to pass more restrictive abortion laws in 2022.

As one person points out, “It's not just young women. Young men have been taught to expect their partner to abort an unwanted child (and if he doesn't want the child he likely believes she doesn't either),” and “It sounds better than saying he wants sex without responsibility for a kid. Their body, their problem.”

This young man’s version of what is ethical is definitely at odds with what I find ethical.

Before the SCOTUS decision, the college counselor rarely talked about abortion or reproductive rights with prospective students or their families, but now, “it's dominating the conversation.”

In the third story shared, a young woman is applying for schools in Washington D.C. to get out of Wisconsin.

Since the overturning of Roe v. Wade, her dream of a “traditional college experience” with “a big university with a sprawling campus, football games in the fall and parties in beer-soaked basements” has now been threatened, she feels.

Why would restrictive abortion laws interfere with a traditional college experience?

It seems Sam, the young woman, is unwittingly admitting that casual, drunken, unprotected sex at football parties and consequently, unwanted, unplanned pregnancies ending in abortion are part of a “traditional college experience.”

And let’s say that is true. Let’s say her view of what a traditional college experience is, is being threatened.

That kind of college experience is not good or healthy for anyone involved.

And to top it all off…she is unknowingly supporting the pro-life view that legalization of and easy access to abortion is a form of birth control for women, and that with access to abortion restricted, people will make more responsible sexual decisions.

Data also supports the idea that restriction of abortion results in fewer abortions, in part due to fewer unplanned pregnancies because of better decision-making in regard to contraception and sexual activity.

The final story shared was about a young art student in Georgia.

She bemoans the fact that she can no longer make decisions about her body or have full autonomy, and considers moving out of the state, even though all her family, whom she is really close with, live in Georgia.

As one person noted, “She is seriously prioritizing the legal ability to kill her future offspring within her uterus over her existing family she is ‘really close’ with. The brainwashing runs deep.”

I wonder, with others, whether the news coverage of these results will turn into another attempt to pressure colleges into lobbying for abortion.

For colleges, it’s certainly cheaper to hand out emergency contraception and abortion pills than to actually support pregnant and parenting students with lasting infrastructure changes.

In all these stories, there are common themes. The young women (and men) feel anger, betrayal, and fear.

There is absolutely no reason a normal part of the human experience — making children — should cause such deeply negative emotions.

Additionally, there is something very wrong with women feeling so at war with their own innate biology.

The prevailing view among these 1000 respondents is that abortion is needed for women to be successful in college and to have full freedom and rights.

This is, in an ironic turn of events, internalized misogyny on the part of pro-choice women.

The childless male body is the standard to aspire to, the standard required to be successful. Female bodies working completely normally, being fertile, and gestating a child are seen as somehow less capable of success.

But why should they be?

Female bodies make up approximately half the world's population. Sexual reproduction is required for the ongoing success of our species. Why should the correctly working bodies of half the world’s population be seen as less capable and less desirable and as having fewer human rights?

We deserve more, and better, than abortion. We deserve to be seen and treated as fully human and fully capable of participating in all areas of our society and economy.

We deserve to have our biology supported, instead of institutions escaping real support measures by throwing easy abortions at us so we can hurry up and get back to the childless norm.

We also deeply desire human rights for all members of the human family — male and female, child, and adult, born and prenatal.

Tweet This: The pro-life movement truly respects the biological capabilities of female bodies, and deeply cares for all members of the human family.

We want young college women to feel truly empowered by offering them more protection and support if they do become pregnant.

No woman should feel like her success depends on killing her child.