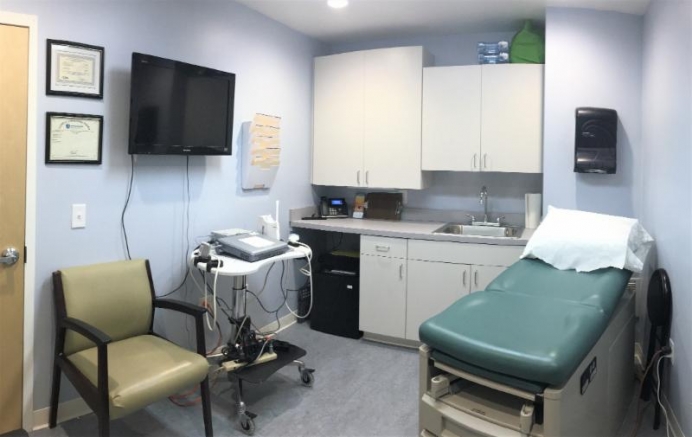 "The Redemption has Begun": Pregnancy Center Opens Next to Infamous Abortion Clinic

Starting Tuesday, Jan. 3, a woman seeking help in an unexpected pregnancy can go right next door to what investigators once tabbed a “House of Horrors” to find free life-affirming help, including an ultrasound, baby supplies, peer counseling and more in Philadelphia.

The clinic is operated by AlphaCare, a pro-life organization that has served women in the area since 1981, and marks a substantial milestone for a long-term vision held by the group’s leadership since the arrest and murder trial of abortion practitioner Kermit Gosnell starting in 2011.

For over 30 years leading up to his arrest, Gosnell operated a late-term abortion clinic at 3801 Lancaster Ave. in Philadelphia. His clinic was originally investigated as part of a pill mill probe, but authorities quickly realized the dilapidated and unsanitary conditions of his practice, which led to the botched abortion and death of at least one patient, Karnamaya Mongar.

Additionally, it was discovered that Gosnell had routinely delivered babies alive at his clinic and snipped their spinal cords with scissors, leading to three murder convictions in addition to a manslaughter conviction in Ms. Mongar’s death.

As Gosnell was arrested and tried, Karen Hess and Kim Bennett—AlphaCare’s executive director and nurse manager, respectively—were drawn to the idea of relocating their services from a mile away to, eventually, reclaiming and repurposing the building itself.

In June of 2015, that dream came one major step closer to fulfillment when a friend of AlphaCare purchased the two addresses adjacent to Gosnell’s former flat-iron location, setting the stage for the January grand opening.

With an estimated 40,000 babies having lost their lives through Gosnell’s abortion practice from 1979 to 2011, one of AlphaCare’s main hopes in relocating has been to offer badly needed post-abortive services to the very women Gosnell exploited.

While Hess and Bennett have pitched the idea to donors and partners over the years, they’ve rallied around Isaiah 61—God’s promise to transform “ashes” into “beauty.” Hess and Bennett hope to one day purchase and renovate Gosnell’s former clinic just a wall away.

Tweet This: #prolife center opens next to #Gosnell #abortion clinic. The #redemption has begun.

Former abortion clinics turned into life-affirming pregnancy centers in recent years include two in Iowa—including one former Planned Parenthood clinic—two in Miami, one in Toledo, Ohio, and a former flagship Planned Parenthood building in Bryan, Texas, that now houses both 40 Days for Life and a pregnancy help medical clinic.

Along the way, Hess and Bennett have led the way for AlphaCare’s rebranding (it was formerly called “Alpha Pregnancy Services”), as well as the addition of a mobile ultrasound unit in partnership with Save the Storks.

In an email to donors at the close of 2016, AlphaCare called the ultrasound exam room the “heart of the center” and invited supporters to attend an open house Sunday, Jan. 22—the 44th anniversary of Roe v. Wade and Sanctity of Human Life Sunday.

“Gosnell's property is still mired in legal issues and not yet for sale. Nevertheless, the redemption has begun,” AlphaCare wrote in a Dec. 27 email. “Thanks to a tremendous outpouring of support and an incredible team of tradesmen, two row homes have been transformed into a brand new office space complete with a state of the art computer network, burglar alarm, new furnishings and more.

“The AlphaCare staff rejoices and praises the Lord for His provision.”