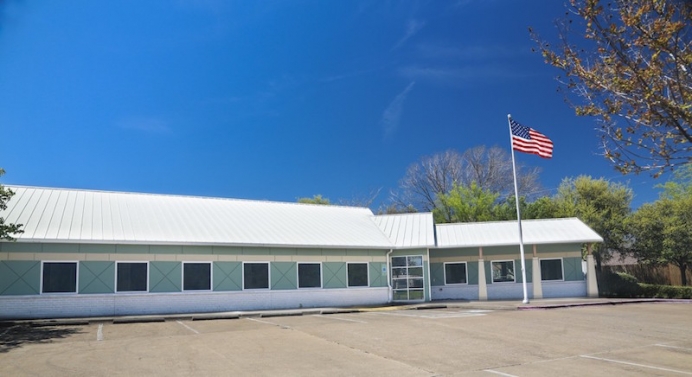 Three decades into serving women with life-affirming alternatives to abortion, Hope Pregnancy Centers of Brazos Valley is emerging as one of the more recognizable pregnancy help medical clinics across the country.

But it’s not just Hope’s recent expansion into a former Planned Parenthood stronghold that’s worth celebrating, executive director Tracy Frank is quick to point out. It’s the difference the ultrasound-equipped clinic is making in the lives of its ever-expanding client base.

"We're not the same pregnancy center that we were 30 years ago," said Frank, who has been leading the pregnancy help organization since 2006. "It's just a testimony to what a community can do when they work together and want to have a positive impact."

Hope put itself in the national spotlight starting in Oct. 2014, when it became the new owner of a former Planned Parenthood abortion facility located in Bryan, Texas. The facility, where a reportedly 6,400 abortions took place, closed in Aug. 2013 as a result of the pro-life omnibus House Bill 2 (HB2), steered by then-Texas Gov. Rick Perry, passed earlier that year.

Now a matter before the Supreme Court, HB2 required Texas’ abortion providers to maintain admitting privileges at a hospital no more than 30 miles from their facilities, while complying with statewide standards of safety for surgical facilities.

Also banning abortions 20 weeks and beyond, the Planned Parenthood clinic in Bryan is one of several abortion businesses to have shuttered their doors for being unable to comply with HB2’s standards of care.

When the clinic in Bryan—the original site where 40 Days for Life’s founding members launched their first prayer campaign—closed its doors, Hope responded to the opportunity.

Carol Everett, a former abortionist and author of Blood Money: Getting Rich Off A Woman’s Right to Choose, had been involved in long-term prayer efforts with the Hope’s board of directors, praying to one day see Planned Parenthood removed from the Bryan-College Station community.

She called Frank just a few days after the closure.

Everett’s message was simple: “You need to buy that building.”

"I believe the Lord led me to make the call based on my 27 year or so relationship with the board and Tracy when she came on as leader," Everett said. "The board did not really need me, but it was fun to work with Tracy and the board members as we watched the Lord work time and again. I was and have been blessed to see this come about."

Once the 6,000 sq. ft. property went up for sale, Frank said they considered going incognito and asking a third party to purchase it for them. They weren't convinced Planned Parenthood would want to sell their building to a pro-life pregnancy help center.

"Then we realized, 'If God is for us, who can be against us?'" Frank said. "So we just decided we weren't going to be deceitful, we weren't going to use deception. We were going to go in as Hope Pregnancy Centers. We called up our commercial real estate broker and told him what we wanted to do. He called their broker, and in a couple days we were walking through the building."

Hope Pregnancy Centers made its first offer for the building, which was being sold 'as is.' Planned Parenthood wanted more money.

By Aug. 2014, the pregnancy help organization had decided to make its final offer, which Planned Parenthood accepted. Oct. 30, 2014, Hope Pregnancy Centers closed on the building.

"Within a couple of weeks, we had a prayer-walk through it, and a lot of donors and supporters walked through the building and wrote Scripture on the walls and on the floor, because we knew we were going to paint and do some cosmetic changes," Frank said.

A New Outpost for Medical Services

Frank said they didn’t want to buy the former abortion facility without having a plan or business model to ensure maximum use. The pregnancy help organization began to do some research on current needs in its surrounding community, which is home to Texas A&M University and Blinn College.

The schools have a combined population of more than 75,000 students.

“We knew that with so many students that [STI testing] was an area that we could help,” said Frank, who experienced an unplanned pregnancy as a 17-year-old freshman at Texas A&M. “Pregnancy centers have known a long time that offering [STI] services was a good lead-in, because you could reach somebody before they were pregnant—before they were having to make that life choice.

“You can reach them with information, education and God's plan for sex and marriage, so they can avoid getting into that place where they are having to make a life-and-death decision.”

Frank said it was prudent for Hope Pregnancy Centers to remain at its current College Station location. Meanwhile, Hope set out to transform the former Planned Parenthood building in Bryan into what is now the pregnancy help organization's Testing 4 U clinic, offering clients free and confidential STI testing and treatment.

Pregnancy options counseling is also available at both locations, in addition to referrals for material assistance, social services, medical services, and more.

Full Circle for the Life Community

The grand opening for Testing 4 U—100 percent financially supported by the local community—took place Sept. 12, with Everett joined by husband and wife medical team Dr. Haywood Robinson and Dr. Noreen Johnson (also former abortionists turned pro-life advocates and board members of Hope) as well as 40 Days for Life co-founder Shawn Carney collaborating to lead the ceremony.

Dr. Robinson and Dr. Johnson also decided to partner with Hope Pregnancy Centers by leasing half the space of the Testing 4 U building to house their practice, Brazos Medical Associates.

"They see our [STI] clients," Frank said. "We have our own nurses and we do the intake and the education and everything else, but the two doctors do the physical exams, so it's really providing some quality healthcare service."

40 Days for Life also offices out of the former abortion facility in Bryan, which is also the same facility Abby Johnson oversaw before she experienced a radical heart transformation and decided to leave the abortion industry.

Many pro-life supporters who've prayed for an end to abortion in front of the Bryan building when it was operated by Planned Parenthood are astonished that they now call the property home.

Tweet This: "I never thought I'd be on this side of the fence." #DefundPP @40daysforlife

Frank admits that in the midst of seeing God's faithfulness throughout this landmark process, there have been some funding issues.

Initially, there were concerns that Planned Parenthood supporters would pressure the organization not to sell their Bryan site to Hope Pregnancy Centers, so the pregnancy help organization decided to keep news of the potential sale somewhat under wraps. In doing so, they lost some exposure that would have most likely brought in much-needed donations.

They've since started a fundraising campaign at partnerwithhope.org to bring in the remaining $261,000 needed for remodeling expenses and to pay off loans.

Frank said she is amazed by all that has happened to remove Planned Parenthood from the Bryan-College Station community and bring the building to Hope Pregnancy Centers for the purpose of reaching men and women with life-affirming ministry.

“A lot of us had been praying for a long time that God would close Planned Parenthood and give the building to us,” she said.  “Some people said, ‘You know, I have to admit a lack of faith, I never really thought it would happen,' and it did. You’ve got to pray big.”