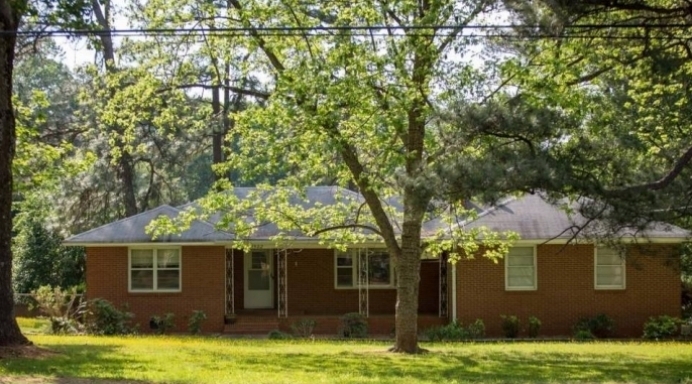 A Hand of Hope purchased this building next door to an abortion business last January, and the fight to occupy the space continues.

"The fix was in yet again": City Board Rules Pregnancy Center Can't Move Next to Abortion Biz

Tonya Baker Nelson knew she was getting into a fight last January when her pro-life pregnancy help medical clinic purchased land right next door to an abortion provider in Raleigh, N.C., and it’s clear the battle is going at least one more round.

Now, after Raleigh’s Board of Adjustment decided Monday to keep A Hand of Hope Pregnancy Resource Center from moving into their new space, Baker Nelson knows she’ll have to rely on a federal lawsuit she’s filed against the city of Raleigh to get the job done.

Made up of five unelected residents, the Board of Adjustments voted, 3-2, that since A Hand of Hope serves women with free pregnancy tests and ultrasounds, they qualify as a medical facility rather than a civic organization.

The latest decision reverses a 7-0 vote by Raleigh’s City Council back in November, which had ruled that A Hand of Hope could indeed use the building it purchased to serve women with life-saving care, including pregnancy tests and ultrasounds.

“The fix was in yet again,” Baker Nelson said. “There are a ton of blurred lines here in every step of the rezoning process. There has just been a ton of political overreach and operating way outside the boundaries of the roles of each specific committee.”

Calle Halles, the abortion clinic’s administrator who wrote the complaint, is on the board of directors for NARAL Pro-Choice North Carolina.

Tweet This: "The darkness hates the light, but the light shines brightest in the darkness." #prolife #pregnancyhelp

“The degree they will go to in order to silence the voices trying everything we can do to speak for the unborn is appalling,” Baker Nelson said. “It’s sad. It really is heartbreaking to see that. The takeaway is that the darkness hates the light, but light shines brightest in the darkness.”

Baker Nelson founded A Hand of Hope in 2005 and has overseen the organization’s establishment of two locations—one in Fuquay-Varina in addition to the site that she hopes to relocate next door to the abortion business.

Currently, the rented Raleigh location is just down the street from the abortion clinic, but the space A Hand of Hope is renting could be going up for sale soon, making time of the essence for Baker Nelson and her organization to get relief from the courts.

“We really didn’t want this to go to court,” Baker Nelson said. “The whole thing is just, ‘Let us occupy our space.’ We’ll see what God’s got in store. I’m not backing down. Until we’re able to offer those women and those men a true choice and do everything we can possibly do to save that little baby’s life, we will not be satisfied.”

Baker Nelson’s passion to start a pro-life pregnancy center began after she was pressured to abort in her early 20’s. While she resisted the pressure and chose life for her daughter instead, that experience planted a seed that has blossomed into her current work.

Tweet This: Fight continues for N.C. #prolife ctr to relocate next to #abortion biz.

In late 2015, the building next door to A Preferred Women’s Clinic went up for sale. Though the building was originally zoned as residential, city plans at the time called for rezoning that would allow A Hand of Hope to relocate its services next door to the abortion business.

While the court date has yet to be set for A Hand of Hope’s federal lawsuit, scheduled renovation began on the building on Tuesday in partnership with Carpenters for Christ, a construction ministry based out of Alabama.

“What I know is that God is 100 percent in control and I am trusting Him,” Baker Nelson said. “Every single second of today, I have to remind myself that I trust Him and I trust that something bigger is at work here. It’s very humbling, but it’s a lesson in relinquishing control. I know that we will ultimately prevail.”