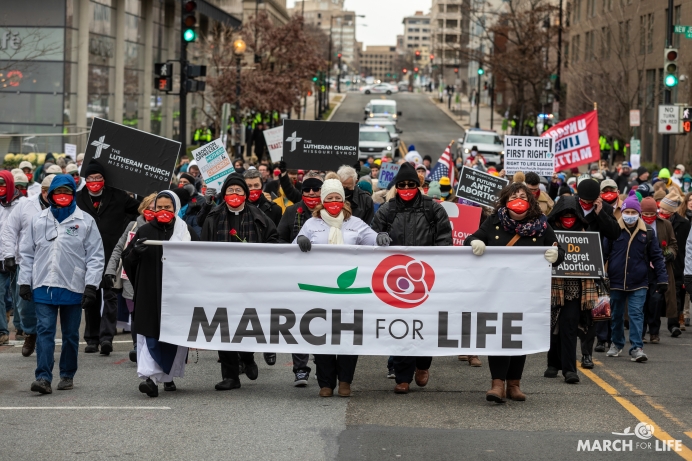 The sound of my footsteps echoed across the vast hotel lobby. It was a few hours before the 2021 March for Life. Normally a hive of bustling activity, the hotel was virtually deserted.

Virtually. That’s how the 2021 March for Life was taking place.

Instead of amassing in D.C. the masses were tuning in from their homes, campuses and churches. Rather than traveling on buses and planes and trains, they were participating by Zoom and YouTube and Facebook Live. I know there was good stuff going out over the internet and airwaves, but I missed it to join the representative march.

Several dozen pro-life leaders assembled at the Museum of the Bible to march on behalf of the usual hundreds of thousands who brave the oft bitter cold of late January in D.C.

With a hint of flurries in the air, March for Life President Jeanne Mancini stepped up to address our little band.

She did so not from a large stage on the National Mall flanked by giant speakers and video screens, but atop a marble, nondescript ledge.

She spoke to representatives from all across the country and those based in the D.C. area. We were leaders of a variety of pro-life and pro-family organizations. Those that lobby for life-giving laws and those that promote life-affirming pregnancy help. There were Catholics and Evangelicals, Protestants and Orthodox. With the many Republicans were even some Democrats. All united in the solemnity of the moment and the importance of our presence.

We stood and then walked, surrounded by volunteers from the Knights of Columbus. They are, and have been, a fixture at the March for Life. The white jackets with the signature rose stencil signal friends of the March. They faithfully help organize, coordinate, secure, and even clean up.

With our small band, the duty was nowhere the herculean task of hosting a half-million. They walked with us as a human cordon of sorts to guard against some of the typical mischief making protesters. None showed.

Who did show was a contingent of young people carrying various signs. They swelled our small crowd to a couple of hundred, perhaps. They chanted here and there during the two miles.

These are two things – praying and chanting – that are hallmarks of every March for Life from beginning to end. They lent a sense of sameness, but it was different.

Tweet This: Praying and chanting have been hallmarks of every March for Life. The prayer this year lent a sense of sameness, but it was different.

Absent was the blaring music from Christian contemporary artists that signaled the start of the pre-March rally. Absent was the matching beanies and scarfs that set apart the different groups from universities and colleges, parishes and parochial schools.

Also absent were the strollers. That was different. The March is dotted with so many strollers each pushed by slightly haggard parents filled with a bundle of knit mittens and caps and blankets, out of which little eyes and ruddy cheeks can be seen. These little wide-eyed wonders are representations of why we gather.

Usually, a handful of the moms and babies we bring with us to Babies Go to Congress join us for the March. But Congress is closed to visitors, and indoor meetings of 10 or more are forbidden, and the hotels have nowhere near enough occupants to keep their restaurants active.

D.C. was different too.

Black chain link fences topped with razor wire surrounded the federal Congressional buildings and the Capitol and the Supreme Court where our circuitous route took us.

Police, some with riot shields, manned areas outside the fences. Military, many with weapons, watched from within the perimeter.

Our group passed their watchfulness peacefully and even expressed thanks for their service. Some waved back while others remained stoic.

As we approached our destination, the Supreme Court, a hush descended on the marchers. 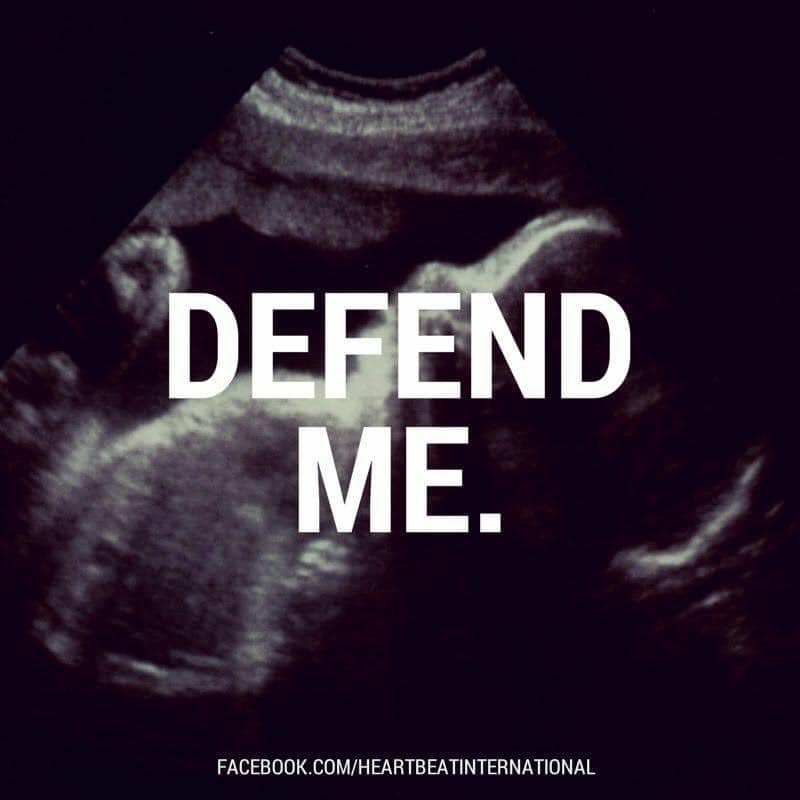 We stopped and stood silently for a moment before the very building where Roe v. Wade was handed down.

Carved into stone over the pillars were the words, “Justice the Guardian of Liberty.”

Justice is important for our country. So is liberty. Liberty to live the life God has given. Sadly, Roe subverted justice and denied liberty to the smallest among us some 48 years ago. That is why we march.

Tweet This: Sadly, Roe subverted justice and denied liberty to the smallest among us some 48 years ago. That is why we march. #whywemarch