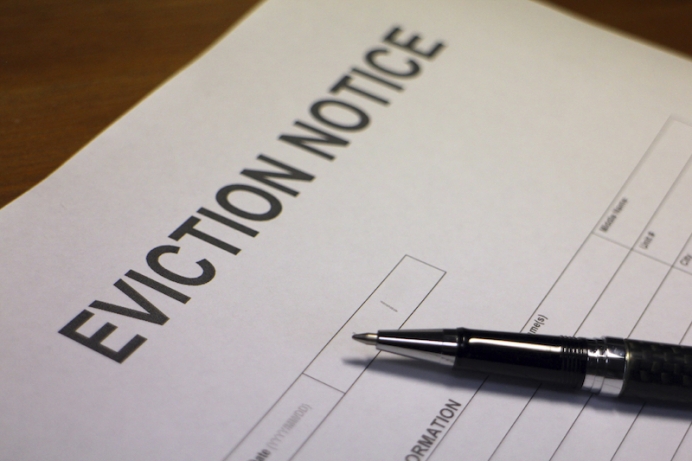 Texas Mother of 3 Evicted, Guess Who She Called...

Do “pro-lifers” really just care for a woman long enough to get her to “keep” her baby? Is pregnancy help a baby-crazed bait and switch?

Although that may be a fashionable argument for some to make, it’s more than likely the case that anyone who’s stepped a foot inside Austin Pregnancy Resource Center wouldn’t touch that assertion with a 10-foot pole.

A named plaintiff in a successful fight to keep the city of Austin from forcing community-supported pregnancy centers from posting government-mandated signage—a fight that cost the city well over the $461,000 it was forced to hand over in attorney’s fees—Austin Pregnancy Resource Center serves its clients with free services that include pregnancy testing, ultrasounds, group and individual peer counseling and much-needed material support like diapers and baby clothes.

One free service that doesn’t make the list per se is compassionate support. It may sound like a slogan, but that care means the world to "Alice".

Alice, a single mother of three—including a newborn—had been living on the streets when she first came to Austin Pregnancy Resource Center for help seven years ago.

The pregnancy center has been a safe place for Alice throughout three pregnancies—one of which she ended through abortion—as well as the death of her brother and the growing distance between she and her own mother.

Over the years, the staff and volunteers at the center have helped Alice get on her feet, with executive director Lori DeVillez driving her to appointments to find housing, dropping off baby formula, and helping her lock down a steady job.

Delivering her third baby in May via cesarean section, Alice had to take six weeks off work to recover. While she was still on the mend, the father of her newborn left her with three small children and $200 in cash.

Then, midway through June, Alice came home to an eviction notice on her door. Her first call was to DeVillez.

“She just started crying, and she said, ‘I don’t know if this is post-partum depression, or if this is all the stress, but I’m just really having a hard time,’” DeVillez said. “She said, ‘I’ve been homeless before, and I just can’t do that again.’”

“I said, ‘We’ll call the landlord.’ And I just prayed and I got our volunteers to pray.”

DeVillez—who stresses her role as an advocate for the women her center serves—then put prayer into action with a call to Alice’s landlord to explain the situation and find out what could be done to keep Alice in her apartment.

Tweet This: #Prolife people only care about the baby? Try telling Alice that one... #Texas #SupremeCourt #ProWoman

Going beyond mere advocacy, DeVillez told the landlord her center would be willing to foot the bill for Alice’s rent until she was ready to make the payment herself.

“It’s hard for us to understand, but these are real-life stories,” DeVillez said. “Her mom just got married, she’s looking at moving, and she’s taking care of herself. And here, her daughter and grandchildren are looking at being on the streets.”

DeVillez, whose center recently wrapped up an outreach that delivered material assistance to 46 homeless women and their children in partnership with a local church, has put out the word to local donors that they can be involved in helping Alice as she recovers from the C-section and gets back to work.

Sending out a request to donors on Friday, June 24, DeVillez asked supporters to help Alice’s meet next month’s $750 rent by July 1.

In fact, clients like Alice, who struggle with poverty but are doing their best to overcome their situation, have inspired Austin Pregnancy Resource Center’s new mentoring program.

“If we can go that extra mile, like the Scripture says, and fill in a gap, it can make a difference,” DeVillez said. “We’re getting beyond the crisis time, to really get them on their strong on their feet and not get into situations like that.”

Funded 100 percent by individual donors and churches, Austin Pregnancy Resource Center is one of nearly 300 life-affirming pregnancy help locations throughout the state of Texas.

Under the microscope in anticipation for the Supreme Court’s ruling on Whole Woman’s Health v. Hellersteldt, expected later this week, several abortion advocates have pointed to local pregnancy help organizations in Texas as indicative of a major threat to the abortion industry.

DeVillez, who was at the state capitol in Austin when Texas’ HB2 bill was first being argued in 2013, said she expects that moment—40 years after the Roe v. Wade decision was handed down in a case that originated in Dallas—to be remembered as a decisive turning point in the battle for life.

“There was all sorts of physical stuff going on,” DeVillez said. “[Abortion supporters] were spitting and throwing stuff—it was crazy. But beyond that, it was spiritual war. God has always done things in that 40th year, and I believe something spiritually broke in regard to abortion in our nation when we fought, and I believe we need to continue to pray.

“This is the time to stand and actually write history for our nation.”