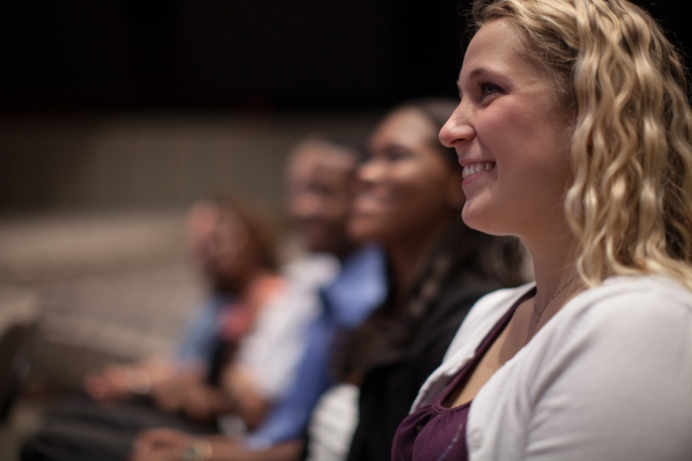 The Lazy Slander of the Pro-Life Cause

Do pro-lifers care about life after birth?

One of the most frequently repeated canards of the abortion debate is that pro-lifers really don’t care about life. As much as they talk about protecting the unborn, we are told, pro-lifers do nothing to support mothers and infants who are already in the world. Liberal writers such as Matthew Yglesias are given to observing that pro-lifers believe that “life begins at conception and ends at birth.” At Commonweal, David Gibson, a journalist who frequently covers the abortion debate, asks how much pro-lifers do for mothers: “I just want to know what realistic steps they are proposing or backing. I’m not sure I’d expect to hear anything from pro-life groups now since there’s really been nothing for years.”

This lazy slander is as common as it is untrue. Of course, there is much more that needs to be done, but in the decades since Roe v. Wade, pro-lifers have taken the lead in offering vital services to mothers and infants in need. Operating with little support—and often actual opposition—from agencies, foundations, and local governments, pro-lifers have relied upon a network of committed donors and volunteers to make great strides in supporting mothers and their infants. It’s time the media takes notice.

Tweet This: Instead of serving vulnerable Americans, pro #abortion groups devote their resources to shutting down #prolife orgs @PublicDiscourse

The Catholic Church is far from the only pro-life religious group that assists the needy. At the Manhattan Bible Church, a pro-life church in New York since 1973, Pastor Bill Devlin and his congregation run a soup kitchen that has served over a million people and a K-8 school that has educated 90,000 needy students. Pastor Devlin and other church families have adopted scores of babies, and taken in scores of pregnant women, including some who were both drug-addicted and HIV positive. The church runs a one-hundred-and-fifty-bed residential drug rehabilitation center and a prison ministry at Rikers Island. All told, the church runs some forty ministries, and all without a government dime.

No major pro-abortion group or institution has taken on a comparable commitment to vulnerable Americans. Pregnancy resource centers devote significant resources to supporting women who have already decided to have an abortion, but abortion advocates offer no similar support to women who wish to continue their pregnancies. Indeed, they often devote their resources to shutting down the services provided by pro-lifers. NARAL Pro-Choice America reports spending twenty thousand dollars on “crisis pregnancy centers” in Maryland in order to “investigate” and publicly smear such centers for demonstrating a bias for life. (One might point out that the same bias once motivated the entire medical profession.)

If pro-life Americans provide so many (often free) services to the poor and vulnerable—work easily discovered by any researcher or journalist with an Internet connection—why are they sometimes accused of caring only for life inside the womb? Quite possibly, it is the conviction of abortion advocates that “caring for the born” translates first and always into advocacy for government programs and funds. In other words, abortion advocates appear to conflate charitable works and civil society with government action. The pro-life movement does not. Rather, it takes up the work of assisting women and children and families, one fundraiser and hotline and billboard at a time. Still, the pro-life movement is not unsophisticated about the relationship between abortion rates and government policies in areas such as education, marriage, employment, housing, and taxation. The Catholic Church, for example, works with particular vigor to ensure that its social justice agenda integrates advocacy for various born, vulnerable groups, with incentives to choose life over abortion.

One of the significant ironies of accusing pro-lifers of being “anti-vulnerable,” “anti-women,” and “anti-poor” is that poor women tend to be more pro-life than their more privileged counterparts. It is especially important, therefore, to offer them options that do not simply appeal to their economic interest or personal autonomy narrowly understood, but rather that accord with their moral outlook and overall wellbeing.

Abortion advocates, however, continually argue that one public policy in particular—further increases in government-supplied birth control—can become a panacea for high abortion rates. However, there is more than a little doubt about the claimed relationship between contraception programs and abortion rates. Rather, in the altered sex and marriage markets made possible by contraception and legal abortion, more and more women engage in non-marital sex without any “shotgun marriage” guarantee in the event of pregnancy. This leads (ironically) to more non-marital pregnancies, more non-marital births, more sexually transmitted diseases, and (irony of ironies) more abortions.

Figures out just in the past few weeks show that this contraception-related increase in abortion is not limited to the United States. In Spain, legal availability of birth control and abortion has drastically increased, with some 60 percent more women reporting that they used contraception in 2007 than in 1997. Over the same period, researchers found abortion rates more than doubled. The results of government policies promoting widespread contraception are clear: more of every outcome that birth control and abortion were promised to curb, including non-marital pregnancies, births, and abortions. Not to mention sexually transmitted infection testing and treatment; is it any coincidence that Planned Parenthood serves roughly the same percentage of clients for STIs (31%) as it does for contraception (36%)?

No one doubts that birth control used in a particular instance of sexual intimacy increases a woman’s chances of avoiding pregnancy. But the social policy of widely available birth control has been accompanied by an increase of out-of-wedlock births and abortions. In New York City some 41 percent of all viable pregnancies ended in abortion in 2009 despite the fact that the city distributed 40 million free condoms during the same year.

Tweet This: The #prolife movement has never forgotten that life continues after birth. @PublicDiscourse

The insistence that pro-lifers make birth control the centerpiece of a pro-life strategy has reaped a three-fold reward for abortion advocates. First, its surface logic (“birth control equals no baby”) has blinded onlookers to the historical results of birth control as a social policy. Second, pro-lifers are easily tagged as “religious zealots,” ignoring the most obvious solution to abortion for irrational, theological reasons. Third, abortion advocates can claim to be women’s best friend—by increasing sexual autonomy—despite the dubious effects of their proposed solution.

In sum then, the charge should be laid to rest once and for all that the pro-life movement is not active on behalf of women, children, and vulnerable persons generally. Those bringing the charge—the same groups that do very little personally to help women and children—should be held to account, both for their lack of real charity and for their refusal to acknowledge that their entire strategy—state supplied birth control and unlimited abortion—has backfired upon the very groups they promised to help.

While the pro-life cause has always been animated by the conviction that life begins at conception, it has never forgotten that it continues after birth. The pro-life movement’s message has been vindicated by 40 years of legalized abortion: the personal dignity, happiness, and prosperity of women, children, men, and the nation is advanced when life is cherished both before and after birth.

Helen Alvaré is associate professor at George Mason University School of Law and a senior fellow of the Witherspoon Institute. Greg Pfundstein is the executive director of the Chiaroscuro Foundation. Matthew Schmitz is the managing editor of and Ryan T. Anderson is the editor of Public Discourse: Ethics, Law and the Common Good.

This essay originally appeared Jan. 17, 2011 at Public Discourse: Ethics, Law and the Common Good. It is reprinted in its permission