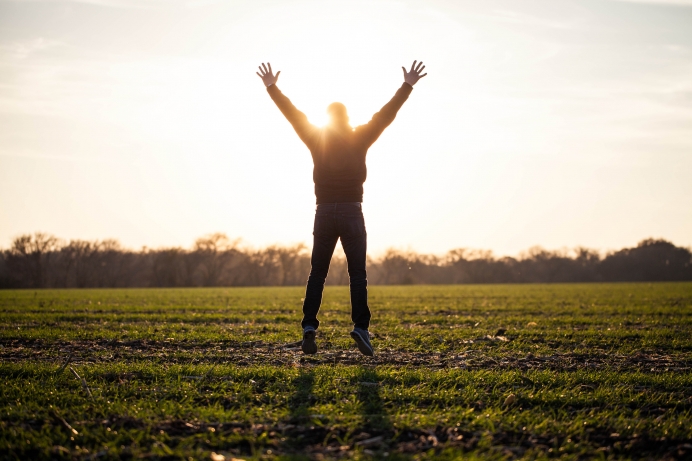 A Pro-Life Call to... Grave Robbery? Count Me In.

I can’t be sure if the stigma was as prevalent in the days prior to Dr. Frankenstein's infamous cemetery caper, but let’s just say the idea of grave robbing lacks a certain mass appeal.

After all, there aren't too many rungs lower you can descend on the ladder of cultural and moral acceptability than going anywhere near a graveyard in the middle of the night, shovel in hand.

If that’s not rock bottom, I don’t want to know what is.

That’s what makes the lyrics to a song called, “Resurrecting” so jarring. Here’s a Sunday morning worship song that doesn’t just mention grave robbing—which would be wild enough—but celebrates it.

The tomb where soldiers watched in vain

Was borrowed for three days

His body there would not remain

Our God has robbed the grave

Our God has robbed the grave.

As Christians, we believe and rejoice in the reality that our Creator-King has not only taken on flesh and dwelt among us. After demonstrating His power and perfection in 33 years of living, Jesus voluntarily submitted Himself to death in our place.

While that would be cause enough for celebration and worship, thankfully, that’s not where the story ends. It’s really the background and the context for what follows: The One who died in our place then defeated death, sin, Satan and Hell by rising from the dead on the third day.

The entire hope of the Christian life is summarized and captured in the single event of the resurrection. Without it, the Apostle Paul tells us in 1 Cor. 15:19, we Christians are “of most people to be pitied.”

Later in 1 Cor. 15, Paul spikes the football in the end zone as he looks ahead to the future resurrection of the people of God—we who have placed our hope in Jesus’ utter annihilation of death by rising from the dead:

“Death is swallowed up in victory”

O death, where is your victory?

O death, where is your sting?

Score that a big, fat “L” in the win-loss column of death. It may be giving the grave too much credit, in fact, to say, “Our God has robbed the grave.” After all, Jesus won that victory fair and square.

Still, that lyric captures something beautiful and compelling about the resurrection: “Our God has robbed the grave.”

Grave-Robbing as a Motivation and a Model

It is such good news that our God has defeated death—that He has robbed the grave. It’s what secures the Christian’s hope for that future Day when we see Jesus face-to-face, the One “who is our life,” we’re told in Colossians 3:4.

But until that Day, the resurrection is what gives us both the motivation and the model for life-giving ministry. There’s work for the Christian to do today, and that work is driven and shaped by the resurrection.

Which brings us to the pro-life pregnancy help community. We are a people committed to goals so lofty in the world’s eyes that we’re frequently misunderstood.

We say we’re out to end abortion, to make it unthinkable; our opponents hear us as saying we merely want to make it illegal. We say we’re proposing a practical and hope-filled alternative to death; our foes accuse us of forcing and duping women into continuing their unwanted pregnancies.

Our work is incomprehensible to many of our friends and family members. But then again, so is the resurrection. If the reality is outlandish, don’t expect the little pictures and vignettes of that reality to be understood either.

When she finds a listening ear, like April, at a pregnancy help center, a mother finds strength to rob the grave—sometimes, as in Rebekah's case, even on the very brink of death itself. It’s a powerful picture of the resurrection that sits at the very heart of our faith. And it’s happening thousands of times every week, including at a center near you.

Meanwhile, at the same center coming alongside an abortion-vulnerable woman to help her rob the grave, another woman—and often, her husband or boyfriend—is finding the resources to grieve the life she has sacrificed on the altar of abortion. Make no mistake about it, she’s finding those resources in a bloody cross and an empty grave.

At an ultrasound-equipped medical clinic—which, incidentally, now describes well over 60 percent of pregnancy centers in the U.S.—a woman gets the chance to see the little child who depends upon her for life itself. It’s a window into the womb so powerful that the forces of death can’t even abide to see it in a Super Bowl commercial about tortilla chips.

Tweet This: If #prolife work is incomprehensible to some, blame it on the resurrection. #MondayMotivation

At a maternity home, a woman gets the chance to rebuild her life and welcome a child into a loving, supportive community. That child who was targeted for abortion by an industry that thrives and banks on poverty and brokenness? Rescued from death by a home designed with grave-robbing hopes.

At an adoption agency, the next Simone Biles is entrusted into the care of a “forever home.” What clearer picture is there to demonstrate the God who not only robs the grave, but adopts the previously “unwanted ones” like you and I into His family forever?

On a sidewalk in front of an abortion clinic or on a pregnancy helpline like Option Line, women are connected to the kind of help they need, right when they need it. An entire mosaic of life-saving help works together to rob the grave hundreds of times every day.

As the church rises up to meet the mission field presented by abortion, let’s keep in mind that every time a life is saved, the grave has been robbed. What better way to reflect the God who knows what it’s like to rob the grave?