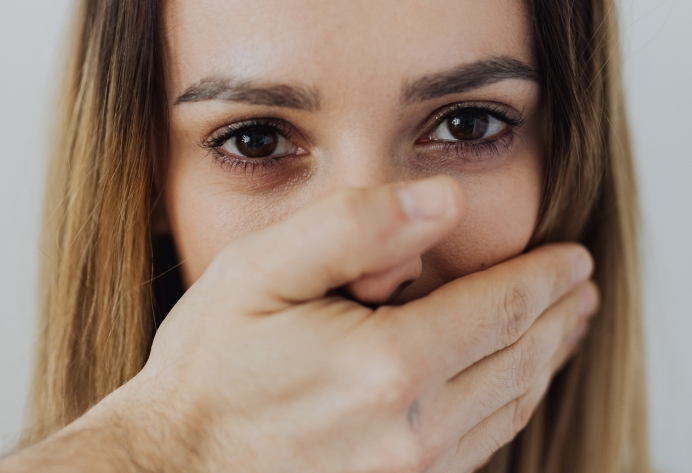 My work has been censored.

Not a lot of people can say that, can they?

Make no mistake: the feeling of being an integral part of a life-saving ministry and having that ministry’s outreach censored by Big Tech is unbelievable.

How would you feel if you were doing something wonderful to benefit others and the valuable work you put your heart and soul into got pulled off Google?

This supposedly unbiased platform for sharing information is not unbiased at all. Rather, this platform removes information it doesn’t like and gets away with it by lying and saying it’s not reliable information.

That’s exactly what has officially happened.

This week, Heartbeat International and Live Action both reported the removal of their ads about Abortion Pill Reversal treatment from Google. Women who regret taking the first abortion pill may now have a more difficult time finding our network that can help to save their pregnancies they want to continue so they can have their babies.

This isn’t the first time Abortion Pill Reversal has been thrown under the bus for its life-affirming help.

This past year, I have watched our network’s amazing UK doctors be tragically and unfairly thrown into a biased legal firestorm for simply being a part of our network, by freely giving of themselves, their medical care, their time, and their efforts to passionately help women who regret their chemical abortions.

Now Google associates are denying that over 2,500 (not 2, not 250, but 2,500) babies and children are alive and well today because of the Abortion Pill Rescue Network.

Every single person and platform who dares to write and publish a hit piece on our network of loving, compassionate, pro-life health care providers denies that over 2,000 women have successfully reversed their chemical abortions and had their beautiful babies.

And the same people who naively and unashamedly say “my body, my choice” are essentially denying that women have the choice to change their mind and choose life after they realize they’ve made a mistake.

Heartbeat president Jor-El Godsey once asked rhetorically, “What are they afraid of? Choice?”

Why should they be when that’s all they claim to be about? It doesn’t make any sense, does it?

My friends, now more than ever do we need to be talking about Abortion Pill Reversal.

Pro-lifers know better than anyone that this is not anything close to what abortion advocates call it. This is neither junk science, nor unapproved, unsafe, dangerous medical care that we’re advocating for and delivering on a daily basis. This is peer-reviewed, researched, supported, groundbreaking, well-documented, lifesaving and life-changing help and hope to women all around the country and the world every single day.

And anyone who says this care for women doesn’t exist, that there’s no such thing, it doesn’t matter, there’s no evidence it works, or blatantly spews any complete falsehoods about this treatment is blind, lying, defaming real help and heroes, and not truly “pro-choice.” No, they are pro-abortion.

Let’s be clear on something. Now more than ever, abortion proponents are showing their true colors. They don’t really support “choice.” If they did, they’d support and respect the choice of life that some women will make even after choosing abortion.

Now more than ever, they are spitting in the faces of the women who run out of abortion facilities crying after taking the first abortion pill or painfully regretting their decisions at home. They are laughing at all the women who call our hot line every day and every night around the U.S. and dozens of countries around the world. They are pushing out real hope, real truth, real help, real moms, and real babies that exist because of this reversal treatment.

Now more than ever, they are denying real conversations and interactions that I have with women every time I serve as a nurse on the Abortion Pill Reversal hotline.

Pro-lifers are following the science with Abortion Pill Reversal. Pro-abortion advocates are not.

Tweet This: Pro-lifers aren’t the ones in denial. Pro-lifers are following the science with Abortion Pill Reversal. Pro-abortion advocates are not.

One of my biggest supporters in my work is my mother. When I told her what happened, she told me that this wouldn’t have happened if we weren’t doing good work that was making a difference, not just to the women we serve, but the people who oppose us.

She reminded me of what Jesus said in the Beatitudes in Matthew 5, verses 10-12:

“Blessed are those who are persecuted because of righteousness, for theirs is the kingdom of heaven. Blessed are you when people insult you, persecute you and falsely say all kinds of evil against you because of me. Rejoice and be glad, because great is your reward in heaven, for in the same way they persecuted the prophets who were before you.”

So, to all my pro-life warriors and champions of life and real choice: let this be a reminder of the spiritual warfare in which we battle daily against the forces of evil and let this be a call for us to keep fighting this fight for both women and their children. We will not be silenced by Google. But let’s not give them too much credit. If anything, they have only emboldened us further.

Women will find the hope they need because we are there for them, and we always will be, no matter what.

Let us keep pressing on in Jesus’ name to do all that we can for them with His love, truth, and care so that every woman who regrets their abortion can have their second chance at a much better, more hopeful, more joyful, more beautiful, and life-giving choice.