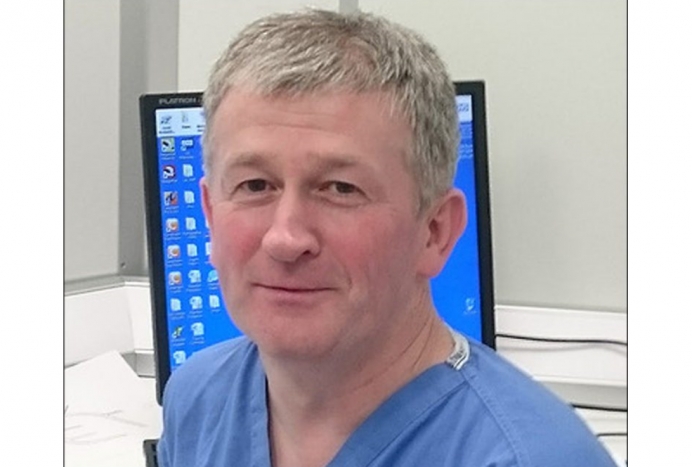 (Anglican Ink) A doctor has been banned from helping women who regret taking an abortion pill.

Dr Dermot Kearney, former head of the Catholic Medical Association, had been helping women who had taken the first of two abortion pills, Mifepristone, but regretted their decision. He provided prescriptions for the natural hormone progesterone, which can counteract the effects of mifepristone. But he has been told that he may no longer provide the service following a complaint from abortion provider MSI Reproductive Choices (formerly Marie Stopes).

Dermot provided progesterone treatment ‘off licence’, which means it is not explicitly approved in this country to treat abortion reversal. However, it is prescribed for threatened miscarriages that occur naturally. Prescribing a drug off-licence is not in itself an indicator of poor care or unsafe practice. The drug misoprostol, used as the second pill in medical abortion is in fact prescribed off-licence.

Several women who received help from Dermot are now speaking out, testifying to the care he gave them, in many instances resulting in the birth of a healthy baby.

Dermot is being supported by the Christian Legal Centre as he considers what steps to take next.

Several of the women who have received Dermot’s help have begun to speak out.

Laura was uncertain about whether to abort, but instantly regretted taking her first abortion pill, provided by telemedicine.

“No one had ever told me that an abortion could be reversed,” said Laura. “I was aware that it might not work”, she said, “but I felt I had to do everything I could because I could not have lived with the guilt of taking the tablet and continuing the abortion.”

“Dr Dermot Kearney provided me with a life-saving service for not only my baby but myself. He also provided telephone care throughout. I was able to ask many questions about the prescription and seek any advice when needed. Dr Kearney monitored my health throughout the weeks of treatment and even after. He really cared about my situation and made me feel like I had support if I needed.”

Laura subsequently gave birth to a healthy baby boy whom she describes as a ‘miracle baby.’

Rachel had an appointment at an abortion clinic. Feeling pressurised, she took the first pill and also instantly regretted it.

She asked the doctors at the clinic whether it was possible to reverse what she had done, and they said it was not possible. But after researching the possibility online she was put in touch with Dermot.

“He was incredible,” she says. “He was kind, he did not pressurise me, he set realistic expectations and also helped my partner who had questions.”

“If it wasn’t for Dr Kearney, our child would not be alive,” she says. “We have not once regretted the decision to reverse the termination.”

Emma agonised over her decision to abort, but knew instantly after taking the first pill that she had made a ‘terrible mistake’ and urgently began seeking help to ‘save the pregnancy.’

“Without his efforts, we would have been left without information, option or support,” she said. Emma is now expecting a baby girl later this year and says she is ‘overjoyed.’

Tweet This: “Without his efforts, we would have been left without information, option or support" - APR mom on Dr. Dermot Kearney's care

Andrea Williams, chief executive of the Christian Legal Centre, said: “Here you have a doctor being prohibited from saving lives and providing women with first class professional support in a crisis.

“There is something very wrong going on when a medical doctor is prohibited from saving babies’ lives at a time when we are told we must do everything to save lives in response to coronavirus.

Tweet This: There is something very wrong going on when a medical doctor is prohibited from saving babies’ lives

“These women were urgently seeking help after abortion providers closed the door and said there was no hope and no way back after taking the first pill.

“As the testimonies of these women show, you could not ask for a more experienced, professional and compassionate doctor such as Dr Kearney in such a moment of crisis.

“We call on the NHS and the Royal College of Obstetricians and Gynaecologists to recognise this life-saving treatment.”

Editor's note: On May 12, Drs. Kearney and Eileen Reilly were made the subject of “Interim Orders Tribunal” hearings following complaints to the U.K.’s General Medical Council (GMC) brought by abortion provider MSI Reproductive Choices, formerly known as Marie Stopes International and the Royal College of Obstetricians and Gynaecologists, the National Catholic Register reports. This interim order in effect prohibits the doctors from helping any woman who requests help in obtaining abortion pill reversal. This article was published by Anglican Ink and is reprinted with permission. Heartbeat International manages the Abortion Pill Rescue® Network (APRN) and Pregnancy Help News.