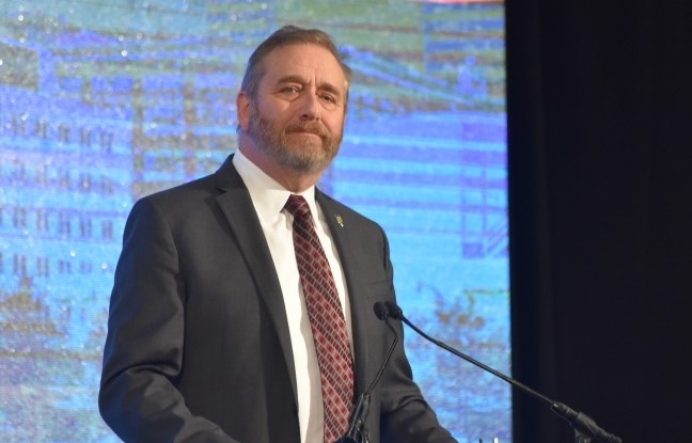 Joined by 18 other state AGs, Yost wrote Garland after the leak of the majority draft opinion in the Dobbs case signaling the impending overturn of Roe, just prior to the final Dobbs ruling released June 24.

The “spate of terroristic threats and acts directed at pro-life organizations around the country” as Yost identified the situation in the letter had been in high gear since the May 2 leak, and incidents continue to stack up.

“Since the leak of the draft opinion” overruling Roe v. Wade, “charities that support pregnant mothers in need have been firebombed, and pro-life organizations have been attacked almost daily and terrorized,” Yost wrote to Garland.

He detailed different instances of arson and vandalism, numbering in the dozens at the time, and recounting how different groups were “publicly inciting terroristic acts,” and declaring “open season” on pregnancy help centers that did not shut down upon their command.

One group, Yost said, “called on its members “to paint, to burn, to cut, [and] to jam” pro-life centers and advocates.”

Yost told Garland that the Justice Department “must investigate and prosecute these terroristic threats and acts.”

“Inaction is intolerable in our nation of laws, and it violates your oath of office,” said Yost. “Yet, in recent weeks, you have continued to allow illegal actions seemingly because they advance (in the minds of some) the pro-abortion cause.”

Yost denounced the fact the DOJ had done nothing to stop protests outside the homes of Supreme Court justices who had voted in the majority draft to strike down Roe, “despite the fact that a federal law plainly prohibits such conduct.”

Number 18 of U.S. Code § 1507 bans protests or parading at the homes of justices for the purpose of “obstructing or impeding” justice or influencing the court.

An armed man showed up at the home of Justice Brett Kavanaugh with intent to assassinate Kavanaugh before being thwarted and indicted for attempted murder.

A June 7 memorandum from the Department of Homeland Security in “Summary of (the) Terrorism Threat to the United States” attempted to equate terrorism between pro-abortion and pro-life entities.

A group of pro-life organizations had written to Garland June 16 demanding action on the wave of pro-abortion violence, also referencing the attempted assassination of Kavanaugh.

Sixteen U.S. Senators had written Garland June 9 also urging a DOJ response to the violence, and on June 15 more than 100 House Republicans called upon Garland to investigate the attacks.

Yost told Garland in his letter that the DOJ had sent domestic terrorists the message that it would “go easy on those who use violence in furtherance of favored viewpoints.”

The Biden Administration “well knows the potential for a “significant increase in violent threats” in the wake of a decision overruling Roe,” Yost advised Garland, with the reminder that Americans trust his DOJ to keep them safe.

Tweet This: The Dept of Justice must investigate & prosecute these terroristic threats & acts acts directed at pro-life organizations around the country

Yost and his colleagues offered Garland their assistance in investigating the terrorism and bringing the parties responsible to justice, after issuing the strong closing statement that selective prosecution was not acceptable and decrying the use of violence.

“In this country, the federal government’s duty to protect against violence does not turn on the victim’s identity; access to justice cannot turn on partisan affiliation,” they said. “In America, we solve our differences with debates and ballots, not with bricks and Molotov cocktails.”

It was not known as of press time whether Yost and his colleagues had received a response.