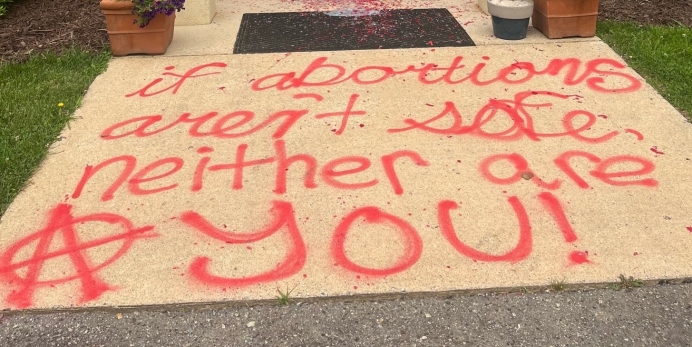 “Disturbing” increase in attacks on pregnancy help centers from June to July; survey

A disturbing upsurge in attacks on pregnancy help centers in the U.S. has occurred over the last month or so, according to Heartbeat International, bearing out the abortion movement’s true character.

A July 5 survey of Heartbeat’s affiliated pregnancy help organizations found in 200+ responses an alarming 12.4% had reported property damage, 35.8% had seen fake online reviews, 18.2% had received angry calls, 5.1% had experienced protests outside their locations, and 12.4% had received threats. 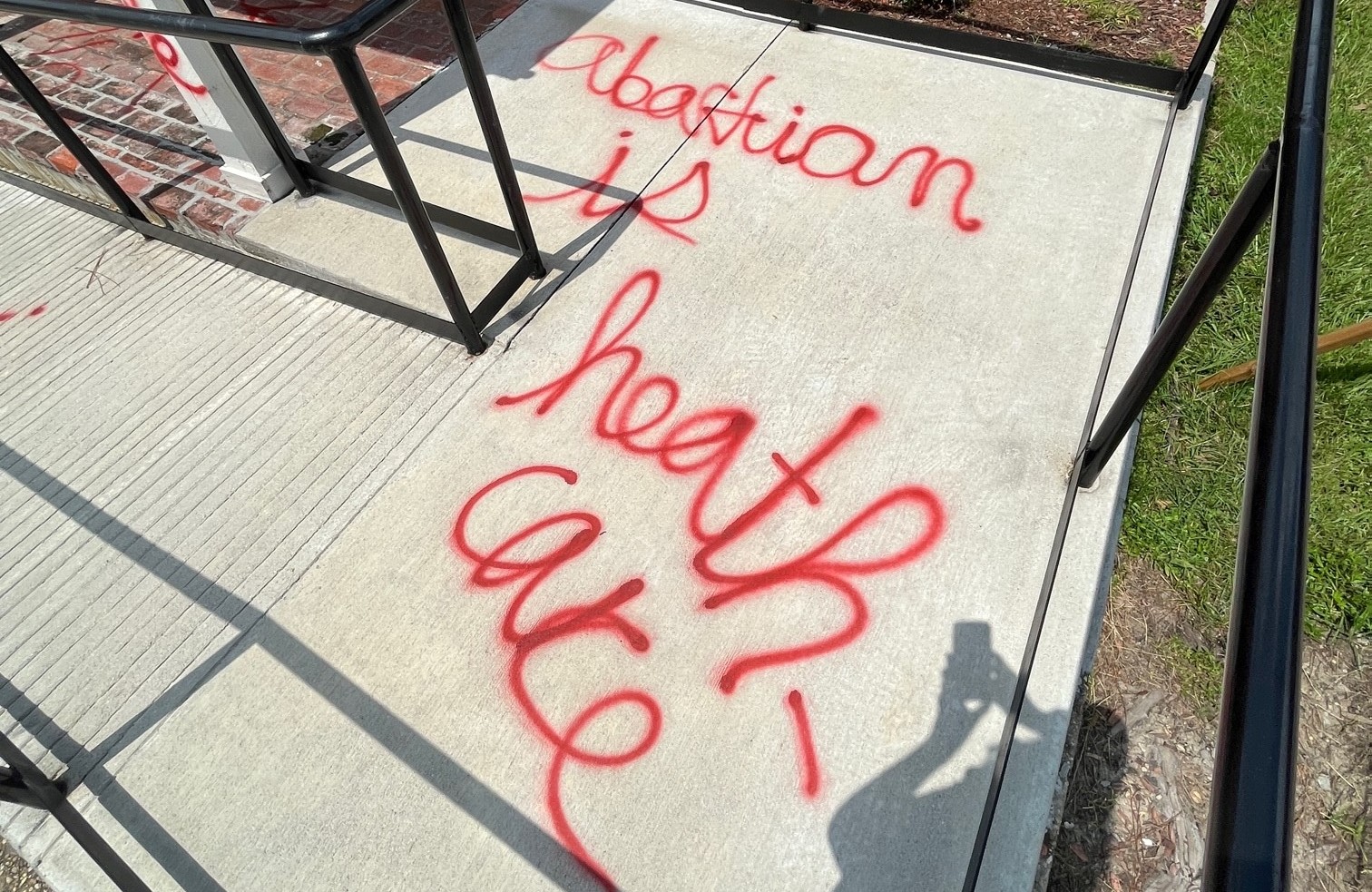 Incidents of pro-abortion vandalism, violence, threats, and harassment have been continually directed at pregnancy centers nationwide since the May 2 leak of the draft majority opinion for Dobbs.

The rise in these incidents over the number found in a June 1 survey, however, drew additional concern.

"Within a month, we went from 1 in 6 pregnancy centers reporting an incident against their center, to 1 in 3 - that is disturbing,” said Andrea Trudden, Heartbeat’s Vice President of Communications and Marketing.

“From our surveys, we see an increase in both physical damage to pregnancy centers as well as a new, sophisticated cyber sabotage that attempts to flood the internet with fake reviews of pregnancy centers,” Trudden said. 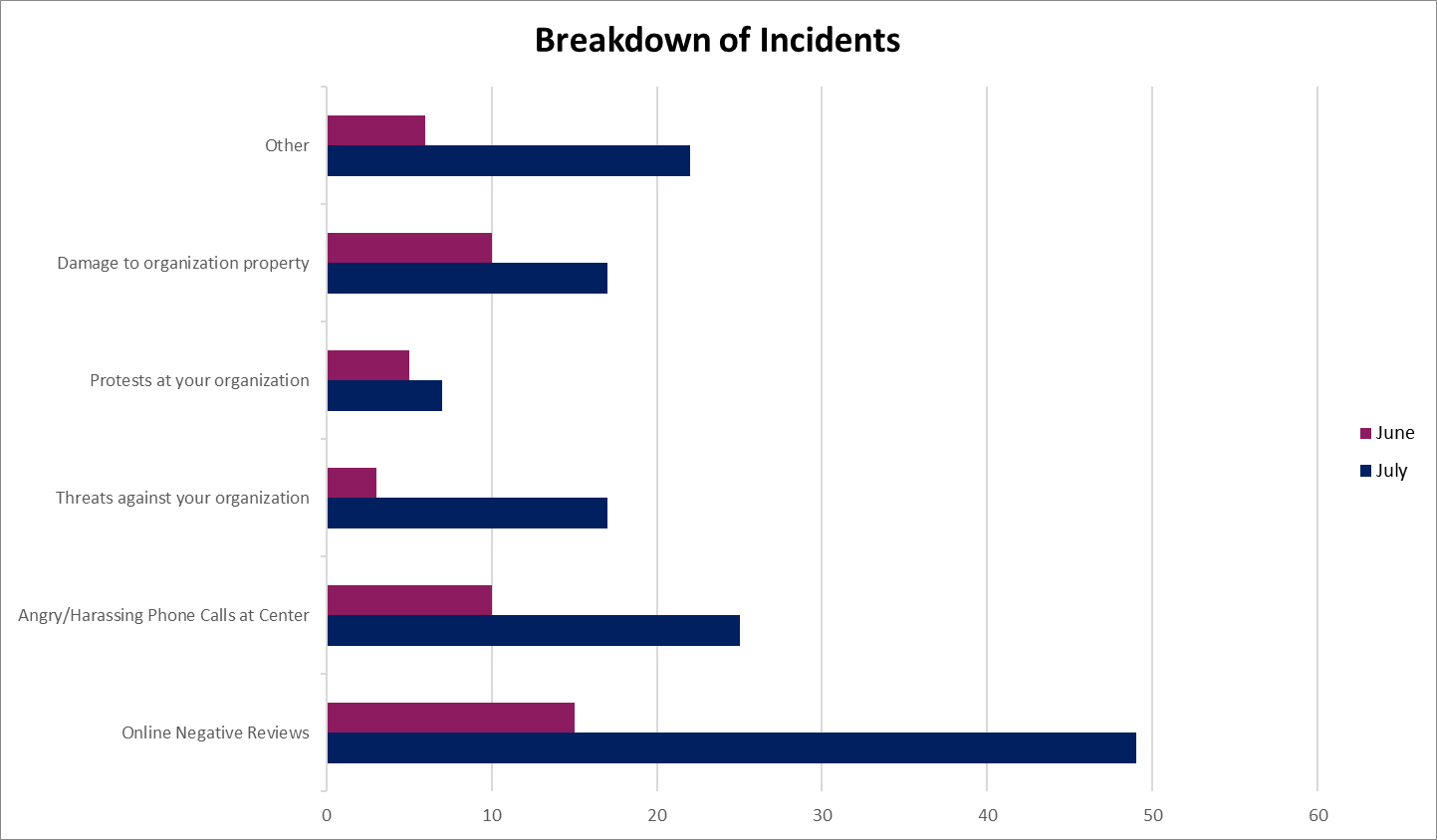 “Attacking centers that provide life-affirming assistance to women and families doesn’t come from a place of respect for women or choice,” Godsey said. “Impeding women from having the choice of life in their pregnancy decision indicates it’s really about imposing abortion.”

Heartbeat, the largest network of pregnancy help in the U.S., first saw an alarming trend of attacks when it surveyed its affiliated pregnancy help organizations June 1.

In that survey 137 responses were received. Of the centers responding 30.6% had seen fake online reviews, 20.4% had gotten angry/harassing phone calls, 6.1% had received threats, 10.2% had experienced protests at their center, 20.4% had seen property damage, and 12.2% had been the target of some other type of attack.

Heartbeat took the unprecedented step of issuing a safety advisory to its affiliated June 10, the first in its 51-year history.

Shortly thereafter on June 15, pregnancy help organizations and churches had been attacked more than 40 times in at least 20 states following the May 2 document leak. The numbers have continued to rise since, almost doubling by press time.

Heartbeat has nearly 2,000 affiliated pregnancy help locations in the U.S.

Abortion proponents continue to come after pregnancy help organizations on all fronts. The media has joined in with unflattering coverage of pregnancy centers that typically propagates abortion narratives and talking points.

Heartbeat has remained in regular contact with affiliates, monitoring the situation and offering prayer and support. Heartbeat has reached out to non-affiliate centers that have been attacked to offer support as well.

The pregnancy help network also maintains and makes available comprehensive resources, training, and material for affiliates to protect their centers in all areas. 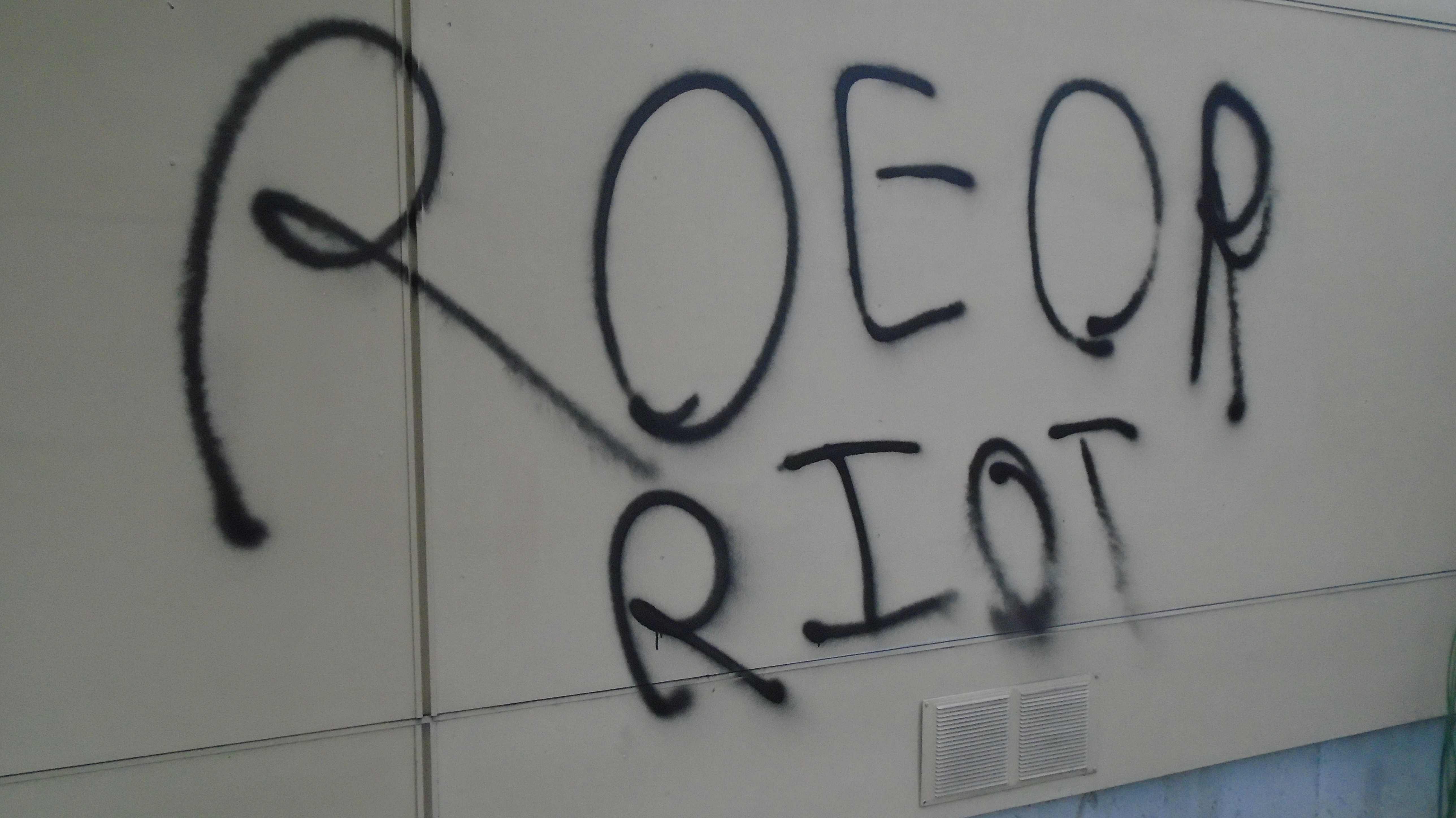 “The irony in all of this is that those who state to be doing these attacks in the name of "women's rights" are actually hurting the women looking for pregnancy help by denying them the care they seek by vandalizing the offices and lying to women through fake reviews," Trudden said.

Tweet This: “The irony in all of this is that those who state to be doing these attacks in the name of "women's rights" are actually hurting the women."

Despite the attacks, pregnancy help personnel remain resolute in their passion to serve women in need and undeterred in their life-affirming mission.

The work of pregnancy help has always been about being there for the mom who needs alternatives to abortion so she can make a life-saving decision, Godsey said.

“Every day there are women who find themselves facing a pregnancy decision they may not have expected,” he said, “and we will continue to be that caring and compassionate person ready to provide information and assistance.”

The bright side also is that the pregnancy help community continues to be both a wellspring and magnet for inspiration against the current backdrop of abortion darkness.

"The silver lining in all of this is that we are seeing communities step up and help pregnancy centers open their doors as quickly as possible when these attacks happen by helping clean, paint, and just encourage," said Trudden.