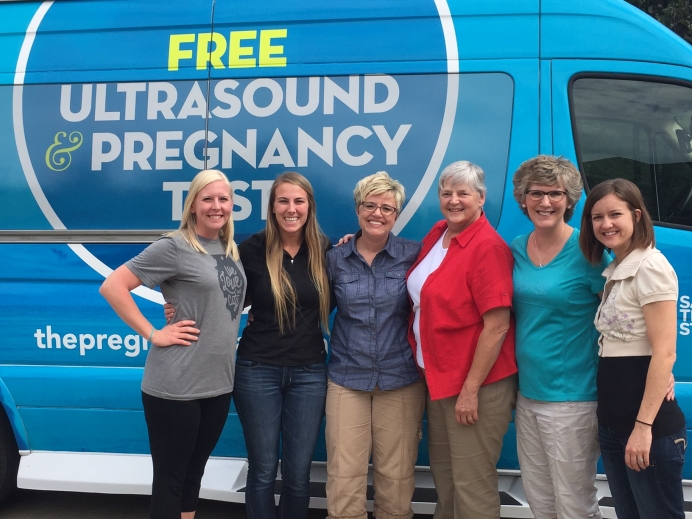 A lawsuit was nowhere on Tiffany Staman’s radar when she joined Pregnancy Care Center of Rockford as executive director back in 2014.

But, two years later, that’s exactly where Staman and her center find themselves, as named plaintiffs in a lawsuit against Illinois Gov. Bruce Rauner challenging his ratification of a law this summer that attempts to force pro-life pregnancy centers like Pregnancy Care Center of Rockford to refer for abortions.

Rewriting the state’s Healthcare Right of Conscience Act to compel as many as 150 pregnancy help locations (the law’s broad language leaves its scope undefined) to keep an updated list of local abortion providers available to clients upon request, Democrats passed the bill on a party-line vote before Gov. Rauner—a Republican—signed it into law at the end of July.

Just days after the law—set to go into effect Jan. 1, 2017—was signed, Alliance Defending Freedom (ADF) filed a lawsuit in state court, representing Pregnancy Care Center of Rockford, as well as another pregnancy help organization, Aid for Women, and a life-affirming ob-gyn.

“I really like to stand for what I’m for, not what I’m against,” Staman said. “I tend to be more of a bridge-builder than a wall-erector. I'm constantly trying to engage in dialogue with people who might have a different opinion or might see things differently.”

While Staman and her center, along with their fellow plaintiffs, await the next steps in the lawsuit, ADF also filed suit in a federal court, representing National Family and Life Advocates (NIFLA), along with three more Illinois pregnancy help centers and an ob-gyn.

Amid the challenge in the courts to what ADF argues is a “classic example of compelled speech in violation of… Free Speech rights as protected by the First Amendment of the United States Constitution,” Heartbeat International—a network of over 2,000 pregnancy help organizations to which Pregnancy Care Center belongs—has urged its Illinois affiliates to refuse to comply with the law.

A History of Helping

For 33 years, Pregnancy Care Center of Rockford has bypassed politics and focused on reaching out to women and men dealing with unplanned pregnancies. They provide free services such as pregnancy tests, ultrasounds, testing for chlamydia and gonorrhea (for which Illinois has the nation’s 10th-highest rate), post-abortion care, community referrals, mentoring and education.

The center’s proactive Positive Choices team has accepted invitations to work with nine different public middle and high schools’ health classes and girls’ groups. Staman’s staff works to “challenge teens to make wise choices so they don't ever have to come into our center and use our services,” she said, pointing out that over 1,200 students have participated in 130 presentations so far in 2016.

Among the abortion-minded and abortion-vulnerable clients who come into their offices or visit their Stork Bus, over 80 percent have decided to carry their babies to term, thanks to the center’s life-affirming message.

Tweet This: "We're not fueled by anger or hate, but we have to take a stand." @SaveTheStorks @AllianceDefends #prolife

Now, the concern is that the newly authorized requirements both to refer for abortions and counsel as to the so-called “benefits” of abortion would compromise their life-saving message.

“Though 49 percent of the clients that come into our center say that they're considering abortion or they're planning an abortion, they're not asking us where to go,” Staman said. “They aren't asking for a referral. This generation is on their phone; they Google, they know. So for the state to say we have to refer when it's not even being asked of us—that’s all the more frustrating.

“That violates our foundation and our freedom,” Staman said. “Not only is it a violation, but it sends a very confusing message to our clients.”

Like a similar law in California that compels pro-life pregnancy medical clinics offering free ultrasounds to refer patients to a county social services agency for state-covered abortions, the Illinois law only goes one way. Abortion clinics in the state have no such requirement to refer or offer information for life-saving services—even at the request of a patient.

“It felt as though this law was targeting only pro-life organizations and individuals,” Staman said. “There's an injustice there, in that we're clearly being targeted to abide by a law that other options in this conversation are not being required to.”

While they wait to see how their lawsuit will proceed, Pregnancy Care Center is not sitting still. The center has experienced significant changes in recent months—consolidating multiple locations into one site and adding a mobile ultrasound unit through Save the Storks.

Until midway through 2016, Pregnancy Care Center operated two part-time facilities for more than a decade—a strategy that changed with the addition of the Stork Bus.

“To be the best stewards of our resources, we needed one central building in the community and to launch and operate our Stork Bus which allows us to travel into several areas of the community to serve our clients,” Liz Feehan, who works on staff with Pregnancy Care Center, said.

Fundraising for a new Stork Bus began at the center’s October 2015 banquet. As Staman took her seat following her announcement of their plans, a donor promised $50,000. By December, the remaining funds had come in and Save the Storks delivered their bus—before the center knew what to do with it.

They learned quickly. In April of 2016, the fully manned Stork Bus hit the road. It now travels Monday through Wednesday, to locations in Rockford, Belvidere, and Machesney.

Changing locations also came about more rapidly than anyone expected.

“We were approached about our west side facility by another non-profit who wanted to purchase it; we never even had to list it for sale,” Staman said. “Without even looking for another location, a community realtor approached us about a building that had sat empty for years.”

“We sold one and bought another, debt-free, and we were able to move from both part-time locations into one much larger facility and remain debt-free in the process,” Staman said.

The new building, a former salon and spa, once won architectural awards. Now, its updated rooms allow for expanded educational classes and office space for the growing staff that includes a mobile unit director and an additional ultrasound nurse to make sure every client visiting the center has the chance to see her preborn child via sonogram.

Adding to the turbulence of this period, news of their lawsuit in early August has stirred up some harassment on social media.

True to form, Staman reached out to build bridges, responding to a string of negative online reviews and referrals to local abortion clinics with an offer to meet up and listen. So far, no one has taken her up on her offer.

“I don't think they know how to respond to a posture of love and grace and my saying, ‘I'd love to meet you for coffee and talk more about why you feel this way and how you came to this place,’” Staman said.

With the lawsuit pending, and the specific statutes of the law still to be spelled out, Illinois pregnancy centers face a great deal of uncertainty. But one thing seems certain: Pregnancy Care Center of Rockford will not close its doors.

“That's the one thing we feel God's not asking us to do, because then we know we’d have no voice in the people’s lives at all,” Staman said. “We have no opportunity to show the love and grace of God if we're not even here and present. We're seeing God use the center in such a profound way and seeing lives change before our eyes.”

Serving 1,700 clients a year means the center is reaching a majority of Winnebago County’s estimated number of women with unexpected pregnancies. That’s a number and a ratio Staman and her team are praying continues to grow.

“We’re asking questions like, ‘Are we really affecting life change as much as possible?’” Staman said. “What do we do with clients who continue to use our services over and over, or don't make better choices? How do we help serve them more holistically than getting them to carry and parent and getting them through pregnancy? Can our reach be a bigger reach into their lives than what we're doing now?”

Based on recent history, the answers to those questions could launch big changes moving forward.