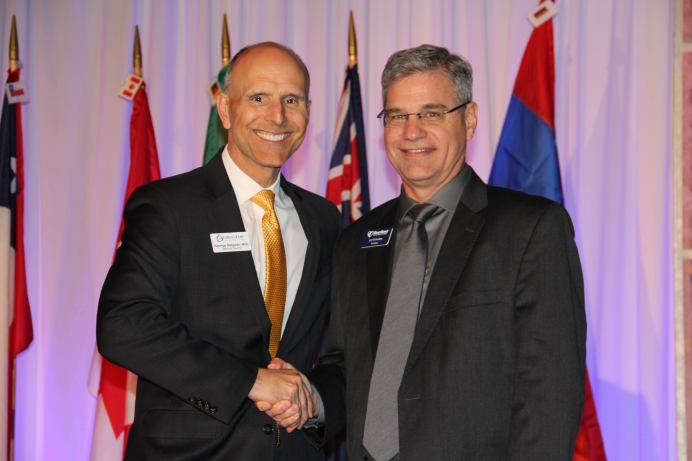 For the past 10-plus years, Dr. George Delgado has served as the face of the Abortion Pill Reversal Network, which has helped over 450 mothers rescue their babies from an in-progress chemical abortion.

Over 450 mothers have successfully rescued their babies—including 100 who are currently still expecting—with the life-saving Abortion Pill Reversal treatment since 2007.

“Nothing is more of an alternative to abortion than Abortion Pill Reversal,” Heartbeat International president Jor-El Godsey said. “Abortion Pill Reversal is an absolute lifeline to the very woman who needs our help most. No woman should need to finish an abortion she regrets—especially when there may be time to save her child’s life.”

In 2007, Delgado and another physician, Dr. Matthew Harrison, both utilized an FDA-approved remedy for preventing miscarriages to help women stop a chemical abortion, commonly known as the abortion pill or RU-486.

Applied up to 72 hours after a woman takes mifepristone—designed to kill a baby ahead of the second, labor-inducing pill in a chemical abortion—Abortion Pill Reversal gives a woman one last chance to choose life in a procedure that now accounts for as many as 40 percent of abortions throughout the U.S.

Under Delgado’s leadership, the network has grown to over 400 medical practitioners, while over 3,000 women have contacted its round-the-clock helpline to speak with a licensed nurse about rescuing her child.

Until the transition Thursday, Delgado had overseen the network and call center, while heading up the research that has given rise to Abortion Pill Reversal as part of his San Diego-based family practice, Culture of Family Life Services.

Now, Delgado—who released a peer-reviewed study showing as much as a 68 percent success rate a week ago—will turn his attention to further researching the medical intervention.

In a move that effectively robs a woman of the right to try and save her child, abortion advocates have tried unsuccessfully to seize bureaucratic levers to keep nurses from learning more about the life-saving treatment.

The constant opposition falls on deaf ears for mothers like Katrina, however. As she faced an unexpected pregnancy in her senior year of college, Katrina’s boyfriend repeatedly threatened to he would kill himself if she didn’t end their child’s life through abortion.

Reluctantly, Katrina allowed her boyfriend to drive her to an abortion business, where she took a mifepristone pill, designed to kill her baby. Miraculously, her family intervened and begged her to seek help at the pregnancy help medical clinic right next door to the abortion business.

Using Abortion Pill Reversal, Katrina was able to save her son Gabriel’s life. He turns a year old this May.

“Abortion Pill Reversal empowers a woman to choose life for herself and her baby,” Godsey said. “Every mother deserves the right to protect her own child, no matter what choices she’s made in the past. We are honored to take Abortion Pill Reversal into its next season of saving lives by putting choice back into a mother’s hands.”