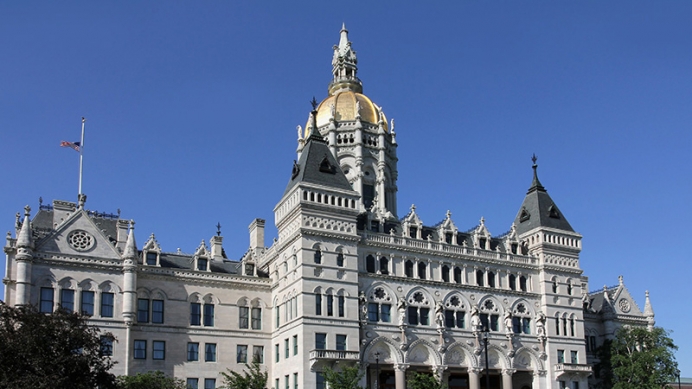 NARAL Pro-Choice Connecticut’s recent bid to control how pregnancy resource centers in Connecticut advertise has come to an end.

The bill, which would fine pregnancy resource centers for false advertising, failed after testimony from pro-abortion groups and pro-life groups was presented to the Public Health Committee in Hartford, Connecticut. The hearing went into the late hours of Tuesday, March 20, finally ending at 1 AM.

“The Public Health Committee of the State Legislature saw through NARAL Pro-Choice Connecticut’s weak and misleading attempts to convince them that pregnancy resource centers deceive women into choosing life for their babies,” Dr. Judy Mascolo, medical director at St. Gerard’s Center for Life in Hartford, said. “Our voices were heard and were taken seriously by the Committee. With truth and science on our side, it is hard to lose.”

The bill’s proponents accused pregnancy centers in the state of lying to women.

“The bill was a false advertising bill, so it would have controlled the advertising of pregnancy resource centers,” Christina Bennett, communications director for Family Institute of Connecticut, said. “It was pretty vague though, so it was hard to know how they would actually do that.”

According to Bennett, the bill died because it lacked clarity, and because NARAL’s apparent dishonesty.

The bill failed to define “false advertising” and neglected to indicate how pregnancy centers should correct their advertising.

Legislators on the committee questioned why these complaints had been submitted to NARAL rather than directly to the committee, public officials, the police or consumer affairs.

One testimony in particular sent up a red flag to the staff at A Better Choice (ABC) Women’s Center located in Middletown, Connecticut. According to NARAL, a 19-year-old girl told them that in 2015 she went to ABC Women’s Center for a pregnancy test. Supposedly, she was made to feel ashamed of herself and given unwanted religious documents.

Bennett, a former ABC employee, says the center keeps a thorough record of clients and pregnancy tests. Upon hearing the testimony, ABC looked back at their records from 2015.

“There was no actual client that came into ABC that was 19 in 2015 that fit the criteria,” Bennett said. “So, what we really believe is that some of NARAL’s testimonies were just made up.”

Another key moment came during the testimony of Hartford Mayor Luke Bronin, a NARAL ally and Democratic gubernatorial hopeful.

Peter Wolfgang, president of Family Institute of Committee noted that during his testimony, the pro-abortion mayor began boasting about a similar ordinance his city just passed.

“Under questioning, Mayor Bronin was forced to admit that he had no idea what effect the ordinance would have because it does not go into effect until July,” Wolfgang said.

In that ordinance, pregnancy resource centers in the city of Hartford would have to post signs stating whether or not a licensed medical provider is on the premises se. The ordinance is the culmination of several months of mud-slinging from NARAL City Council passed the ordinance in December.

It also accuses pregnancy centers of false advertising, targeting Hartford Women’s Center, which opened last year just feet away from an abortion clinic. That ordinance may never go into effect if the Supreme Court strikes down a similar law passed in California.

“With this bill they are only talking about women who are going into the pregnancy resource center because they think they are going into an abortion clinic,” Bennett said. “Which is false—because pregnancy resource centers put on their website and materials that they don’t do abortions. Women know they don’t do abortions, but they still want someone to talk to.”

While NARAL isn’t likely to back down anytime soon, and Wolfgang says this bill may show up again as an amendment to another bill, it has helped unite pregnancy resource centers.

“Pregnancy centers have done a really great job of coming together,” Bennett said. “There’s a Pregnancy Care Center Coalition now, the first of its kind in the country, and they really united through these attacks and part of the reason this bill died is because the pregnancy centers showed up. They were there until midnight, one in the morning, and they did a great job testifying and that made a difference.”