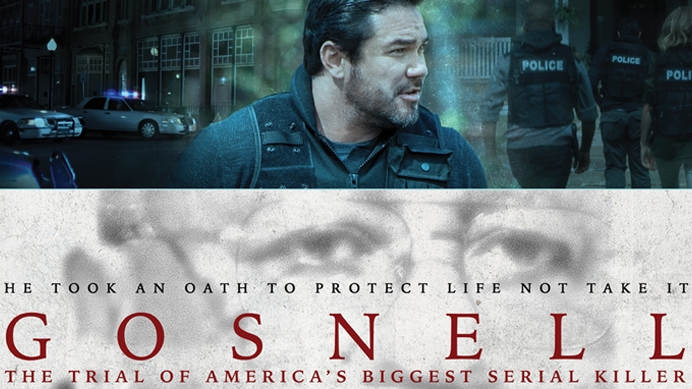 False claims of deception and altogether unethical behavior have besieged pregnancy help centers for years, as abortion advocacy groups have frantically tried to pin their own crimes back on the service-driven Christian community of life-affirming nonprofits.

If only their efforts would stick.

With as many times as pro-choice politicians have targeted pregnancy centers with unconstitutional regulatory schemes over the years, you’d think there would be just one shred of evidence for the supposed wrongdoing committed at the hands of the cupcake-baking, baby-boot-knitting, kind-faced women and men who run these centers.

But as various courts and investigations have found again and again, there is no evidence of such behavior. Not one iota.

While pregnancy centers have managed to preserve a clean record since the first one opened a half-century ago, abortion practitioners have failed repeatedly to meet the same standards.

As has been pointed out before, almost all of the claims that abortion advocates have levied against pregnancy centers more accurately depict the tactics of their own facilities.

This past weekend, as the independent film Gosnell hit theaters nationwide, moviegoers had the opportunity to see why, as they became acquainted with a plethora of evidence against the now infamous convicted abortionist and serial killer, opening a door into a world of illegal, unethical, and nauseating activities that are simply incomprehensible in 21st-century America.

When the trial of Kermit Gosnell finally grabbed the attention of the national media five years ago, his awful crimes—just an inch outside what's considered “normal” for the abortion industry—were hardly surprising to the pro-life community.

Based on the New York Times Bestseller—Gosnell: The Untold Story of America’s Most Prolific Serial Killer—Gosnell explores the true story of the investigation and trial of the Philadelphia abortionist and the political and media establishment that tried to cover up his crimes.

What started out as an investigation of the abortionist’s illegal prescription drug sales in 2010 would become a much larger probe, as a raid by DEA, FBI, and local law enforcement uncovered unthinkable crimes within the Women’s Medical Society on Lancaster Avenue.

Looking at the slate of charges against Gosnell, it’s a wonder how the facility operated for 30 years, unchecked by the regulators at the Pennsylvania Department of Health for 16 of those years, despite complaints and malpractice suits.

According to the grand jury report from the case, patients were neglected; providers were unlicensed and untrained; and cats roamed and defecated in the clinic.

A report from the initial raid described “filthy” and “disgusting” conditions:

“There was blood on the floor. A stench of urine filled the air. A flea-infested cat was wandering through the facility, and there were cat feces on the stairs. Semi-conscious women scheduled for abortions were moaning in the waiting room or the recovery room, where they sat on dirty recliners covered with blood-stained blankets.”

In May 2013, Gosnell was finally convicted of three counts of first-degree murder for victims known in the trial as Baby A, Baby C, and Baby D. The babies, just a few of Gosnell’s countless victims, were brutally killed after Gosnell would induce labor.

“Gosnell had a simple solution for the unwanted babies he delivered: he killed them,” said the grand jury report. “He didn’t call it that. He called it 'ensuring fetal demise.' The way he ensured fetal demise was by sticking scissors into the back of the baby’s neck and cutting the spinal cord."

(More details of Gosnell’s disturbing activities can be read about here.)

Gosnell’s twisted acts, his callousness, and the duration of it all are still hard to stomach, even though it’s been eight years since the story first surfaced. Yet it’s gravely important to remember his “house of horrors” and his victims, especially as true centers of care are assailed, unfairly slurred as “fake clinics” for offering women another way.

After attending a screening of Gosnell, Jor-El Godsey, president of Heartbeat International—a global network of 2,600 pregnancy help organizations—remarked on the tragic irony of such attacks on pregnancy centers.

“Gosnell demonstrates why the abortion lobby’s accusations are a clear case of psychological projection,” he said. “Who’s really deceiving women? Who’s really masquerading as a ‘clinic’ and harming patients in the process?”

Tweet This: “Who’s really deceiving women? Who’s really masquerading as a ‘clinic’ and harming patients in the process?” @HeartbeatIntl #Gosnell

Indeed, many of the ways in which NARAL and others have attempted to discredit pregnancy centers apply directly to Kermit Gosnell’s abortion practice.

One such claim says that pregnancy centers are “unlicensed,” even though medical staff at medical clinics do have proper licenses to offer services such as free ultrasounds.

But Gosnell himself employed uncertified and untrained staff, and his clinic was held to no government oversight for 16 years. Far from an outlier, his clinic is just one of several abortion facilities that have been caught violating health codes and endangering women’s safety. (See other examples here, here, and here.)

The abortion lobby has also shamed pregnancy centers for using names “similar to those of legitimate reproductive-health clinics” (a.k.a. abortion facilities). But what of Kermit Gosnell, who named his center the “Women's Medical Society” to make it appear as a legitimate women’s medical clinic? No true “Women’s Medical Society” would kill children or treat their mothers as horrifically as Gosnell did.

And while pregnancy centers have even been accused of racism (a case of “jumping the shark” if there ever was one), this accusation, too, applies directly to Gosnell.

In the trial, a former employee from Gosnell’s clinic testified “that white patients often did not have to wait in the same dirty rooms as black and Asian clients. Instead, Gosnell would escort them up the back steps to the only clean office—O'Neill's—and he would turn on the TV for them.”

In reviewing Gosnell’s extraordinary acts of evil, the obvious contrast between abortion centers and pregnancy centers becomes even more pronounced.

Flea-infested cats and blood-spattered floors—not to mention the jars of baby body parts discovered in the basement—are part of an awful darkness that simply doesn’t haunt the life-saving work of pregnancy help centers. That’s because their work centers around protecting the dignity of the human person. And that belief is woven throughout all they do.

While abortionists like Gosnell take advantage of women in their greatest time of need, pregnancy help organizations lift them up, empowering them to weather the storm and be heroes to their unborn children.

Viewed from the standpoint of the pregnancy help community, the contrast between light and dark is stark and Gosnell’s “fake clinic” presents a mirror through which abortion advocates should reflect upon their dangerously misplaced allegations.

Tweet This: #Gosnell’s 'fake clinic' presents a mirror through which abortion advocates should reflect upon their dangerously misplaced allegations.

Click here to find a theater screening Gosnell near you.