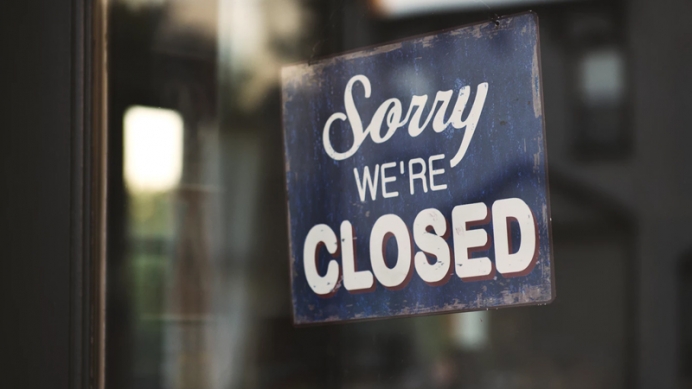 In yet another win for religious liberty, this week a federal court ruled that an ordinance intended to make St. Louis a “sanctuary city” for abortion is unconstitutional.

In an opinion issued Sunday, Judge Audrey Fleissig of the U.S. District Court for the Eastern District of Missouri said that the controversial ordinance violated the First Amendment rights of Our Lady’s Inn Maternity Homes by forcing them and any pro-life business or organization “to employ or house individuals who advocate for or perform abortions,” purportedly to protect abortion supporters from discrimination.

[T]he Court finds that Our Lady’s Inn is an expressive association entitled to protection under the free-exercise clause. The mission of Our Lady’s Inn is to encourage and assist homeless women to forgo abortion, and it calls itself a “life-affirming alternative to abortion.” … Our Lady’s Inn communicates that mission to its residents, but also provides support to pregnant women who chose not to have an abortion and engages in a variety of other activities aimed at raising awareness of “the dignity of life.” … [T]he forced inclusion of individuals who do not share Our Lady’s Inn’s commitment against abortion would significantly affect the ability of Our Lady’s Inn to advocate for its services and encourage women to forgo abortion.

Last May, the Thomas More Society sued the City of St. Louis on behalf of Our Lady’s Inn, as well as the archdiocesan elementary schools of St. Louis and the Catholic owner of a for-profit holding company, both of whom would have been impacted by the law.

“This law that claims to protect abortion supporters from discrimination is actually an attempt to suppress the viewpoint of those who believe that abortion is harmful or wrong by making it impossible for them to operate in accordance with their beliefs within the City of St. Louis,” Sarah Pitlyk, Thomas More Society Special Counsel, said in a statement.

“We are especially pleased with the Court’s acknowledgement that there is no evidence whatsoever of the kind of discrimination that this ordinance purports to address, because it exposes the law for the sham that it is,” she said. “It’s unfortunate that it took a lawsuit to vindicate the fundamental rights of St. Louis citizens…”

Tweet This: "It’s unfortunate that it took a lawsuit to vindicate the fundamental rights of St. Louis citizens…" @ThomasMoreSoc

Pregnancy help organizations like Our Lady’s Inn Maternity Homes—which has served over 6,000 women since first opening their doors in 1982— have faced a wave of still more targeted political attacks over the years, forced to promote abortions from New York to California. But this week’s decision adds to an ever-growing list of court rulings striking down such unjust laws as violations of the First Amendment.

A Second Win for Life

It also marks the second win for pro-life Missourians this week, as a federal judge ruled Tuesday against a Planned Parenthood abortion facility that could not comply with state health department rules, leaving just one abortion clinic in the state.

Stationed in Columbia, Missouri, the Planned Parenthood abortion facility was denied a license for failing to follow a state law requiring abortionists to have admitting privileges at a local hospital, which the 8th Circuit Court of Appeals ruled constitutional last month.

In August, the facility was also cited by the Missouri Department of Health for multiple health code violations upon the discovery of rusted and moldy equipment, and one suction hose with residue that appeared to be bodily fluids. In September, a second inspection revealed the same unsanitary conditions to still be present.

With the closure of the Columbia location, a St. Louis Planned Parenthood will take the role of the state’s last-standing abortion facility.

Cindi Boston, vice president of Heartbeat International—a global network of 2,600 pregnancy help organizations—says this week’s decisions are positive ones for women and babies.

Having played a role in advancing the state’s admitting privileges law in 2005, Boston is familiar with its importance, as well as its life-saving impact. While serving as the former CEO of Pregnancy Care Center in Springfield, Missouri, Boston actually received a unique donation because of the law: the building of a shoddy abortion facility that was shut down after the law took effect.

“It was so cool to be a part of the passage of that bill, as it ultimately shut down the abortion clinic in our community...and then the building was donated to us!” she said. “Don't you love the miracles that can happen in this movement?”

Former Missouri State Senator John Loudon, who sponsored the original admitting privileges bill, was also amazed at the blessings his work has born in the 13 years since first advocating for the law.

“The greatest blessing of the lawmaking process is seeing God's hand physically move people,” he said. “When the desires of our hearts lead us to join others working for His will, we truly can move mountains. We may not see the fruit of our daily work or financial contributions as often as we like, but suddenly, see the Lord deliver far more than we could dream, in His time and to His glory.”