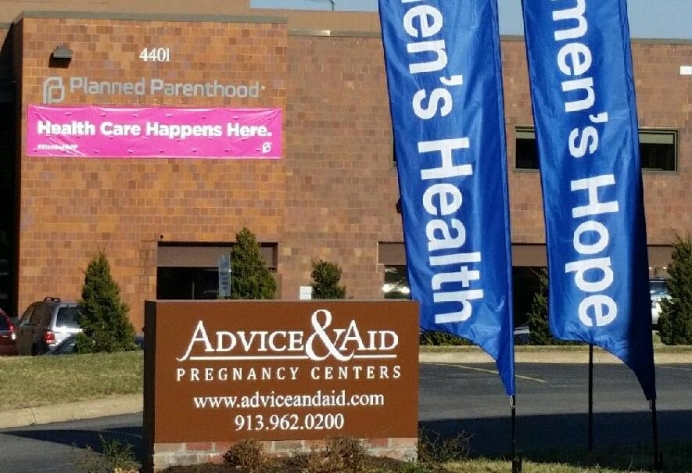 It’s been over a month since a Kansas City radio station buckled under pressure from Planned Parenthood and yanked a local pregnancy center’s paid ads from off the air.

The pregnancy center, Advice & Aid—which runs one location directly across a parking lot from Planned Parenthood in a Kansas City suburb—is still waiting for the radio station to pay back over $1,000 it spent up front before the station pulled the ads.

Scheduled to run over 300 times on weekends over a six-week period, the ad read:

That was too much for Planned Parenthood Great Plains and its communications director, Bonyen Lee-Gilmore, who lashed out at the station, 96.5 The Buzz, on social media after hearing the first weekend’s round of ads.

Though staff at the radio station who had visited Advice & Aid prior to signing the contract tried to uphold their end of the deal despite pressure from Planned Parenthood, the station caved to the abortion chain’s wishes just one weekend into the six-week deal.

“The two people from the radio station who came here and met with us—they fought for us because they had seen what we do here,” Ruth Tisdale, Advice & Aid’s executive director, said. “They asked questions and we answered them truthfully. I’m very thankful for them, and it’s sad that it ended this way, but I’m at least thankful those two people know the truth.”

In Advice & Aid’s case, Tisdale said representatives from the radio station reached out to her and offered to place her ads on an affiliated conservative station instead of the secular station to which the contract bound them.

Tisdale and her board of directors declined. They had purchased the ad campaign because they wanted to reach the alternative music station’s audience, and switching to a conservative radio station wasn’t going to accomplish that goal.

In the meantime, a host at 96.5 The Buzz welcomed Lee-Gilmore onto his program and his podcast, where she went on the offensive against Advice & Aid, calling it a fake medical clinic. As one local media report put it, “[the] only accurate fact Lee-Gilmore stated was that [Planned Parenthood and Advice & Aid] are next door to each other.”

Advice & Aid’s medical director, who signs off on the clinic’s ultrasounds, is a board-certified OB-GYN, a fact—among many—Tisdale was unable to clear up with the station’s listeners, since the station and host ignored her request for airtime in response.

Last September, Advice & Aid opened its location next door to a Planned Parenthood that only offers pregnancy tests and abortions. Advice & Aid counters that lack of services with ultrasounds, pregnancy testing, options counseling and STD/STI testing—all at no charge.

That contrast in services has put Advice & Aid on Planned Parenthood’s map, but more importantly, on the minds of the kind of clients Tisdale and her team were hoping to reach through the radio ad.

“Even last week, we had two women share they were going to continue their pregnancies,” Tisdale said. “We’d been serving them the entire month of May, and both of them kept saying they were going to have an abortion. Apparently we’re making a difference because we’re on Planned Parenthood’s radar screen.”

Earlier this spring, a mother and daughter came into Advice & Aid trying to get a price quote on an abortion to compare with Planned Parenthood’s prices. Tisdale’s staff told the women they don’t perform or refer for abortions, but offered a free ultrasound while they were there.

Seeing the baby via ultrasound changed the minds of both the mother and grandmother on the spot, Tisdale said, calling the moment a “transformation.”

“That morning, the baby was going to end up one way and a couple hours later, that baby had a different story,” Tisdale said. “That was awesome. God keeps reminding me: One life at a time, one life at a time. Don’t worry about their parking lot and how many are there, you just keep praying for one at a time.”