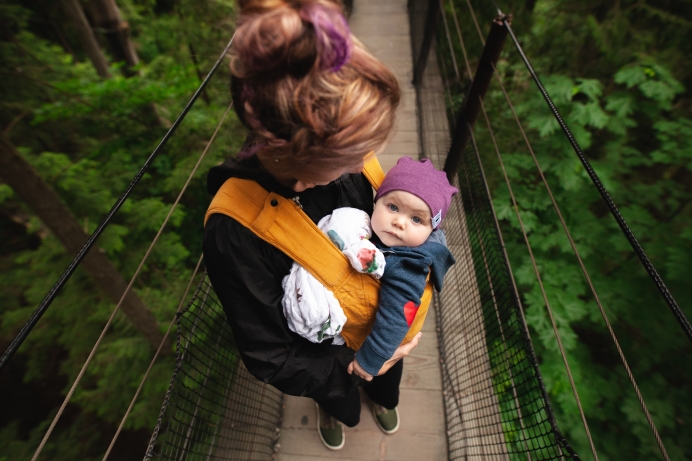 Recently, I read the story of a woman who found healing at a pregnancy help center for the abortion she’d had 10 years earlier. Not only that—she heard and responded to the gospel, which transformed her life.

Up until she found healing, forgiveness, and a brand-new spiritual life, this woman had believed that pregnancy centers exist to mislead and deceive women.

She had no idea what kinds of services they offer and was stunned to find out how much was available.

Turns out it wasn’t the pregnancy centers who were doing the lying.

It’s breathtaking to observe the current level of vitriol leveled at PHCs across the nation.

With that, I’m observing more and more changes in verbiage concerning various aspects of the life-affirming mission, including the nature of prenatal life.

The pro-abortion crowd wants to insist that PHCs are “not safe.” We allegedly only want women to undergo “forced pregnancy.”

(If a woman is pregnant, of course, that is an already-established medical fact; we are simply there to offer her alternatives to abortion, otherwise known as choices.)

Meanwhile, in a freshly desperate attempt to deny the humanity of the preborn, the claim that a baby’s heartbeat is simply the “rhythm of some sort of electrical activity” is making the news.

Anything to make it sound like life isn’t life and the preborn person is not a person.

On the other side of things, abortion is said to be “beautiful.”

One pastor describes her abortion as a “holy” experience, claiming she felt loved by God during that time.

I have no doubt God loves this woman, but for her to call the killing of her child a “holy” act is to grossly misunderstand and misrepresent a holy God—a God who vehemently forbids child sacrifice (Ez. 16:20-21; Jer. 7:31).

Here’s the thing: rationalizing our sin results in powerful deception. And once we are deceived, we kid ourselves into believing it’s the other people who are the bad guys.

It’s not life, it’s not a person, and if it is, it doesn’t matter, pro-abortion advocates insist. We’re not the ones doing anything wrong— you are!

Euphemisms. Obfuscation. Blame shifting. Whatever it takes to cling to the delusion that we can have better lives by ignoring God’s laws.

Nervous and reactive, he is told by the interviewer that there’s no need to be defensive.

“I’m not defensive,” he retorts. “Why is it always the other person who is defensive? Did you ever think of that?”

Like the flustered attorney, the pro-abortion crowd doth protest too much, me thinks.

As the arguments become more and more far-fetched, I’m reminded of some harsh words in Scripture for those who arbitrarily distort and reverse words and meanings to cover up their rebellious ways.

“Woe to those who call evil good and good evil, who put darkness for light and light for darkness, who put bitter for sweet and sweet for bitter…Woe to those who are wise in their own eyes and clever in their own sight… for they have rejected the law of the LORD Almighty and spurned the word of the Holy One...” –Is. 5:20, 21, 24

Those who insist that abortion is a good thing may be able to kid themselves, and they may be able to deceive some women into thinking pregnancy centers are nefarious places staffed by people with evil motives.

But they can’t fool God.

He also knows what is evil, dark, and bitter—including the destruction of His innocent image-bearers in the very womb He designed as a sanctuary for every preborn human being.

Tweet This: Those who insist that abortion is a good thing may be able to kid themselves. But they can’t fool God.

So how do we respond to this ever-increasing name-calling, blame-shifting, and lying?

Jesus said we should be wise as serpents and innocent as doves (Matt. 10:16).  We must practice discernment along with compassion.

Some of those who oppose us will come to know the truth. Others will refuse to change.

Either way, we must acknowledge the power of words, continue to speak the truth, and keep holding out hope to those we serve.

Susanne Maynes is the author of Unleashing Your Courageous Compassion:40 Reflections on Rescuing the Unborn, an educational devotional which uplifts and strengthens the pregnancy help community, and Releasing Your Brave Love: Helping Kids to Change Their World, a children’s life-affirming devotional. She is currently completing a Master of Theological Studies degree at Regent University.