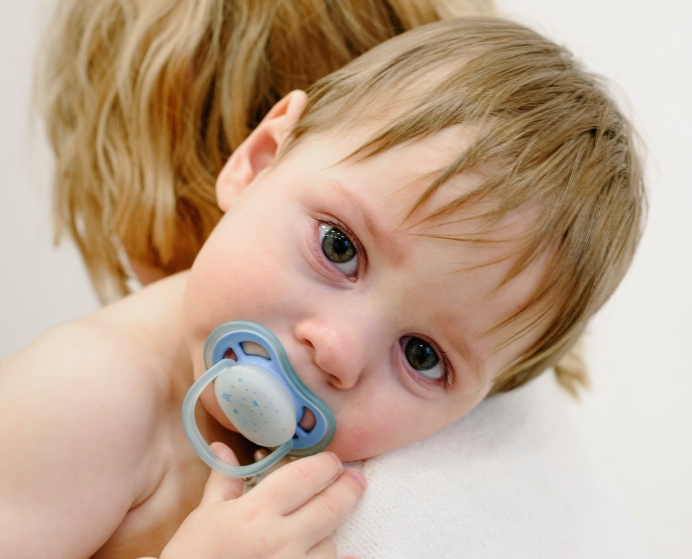 What Elizabeth Warren needs to know about the pregnancy help movement

Rather than defend the good work of this movement - or at a minimum, investigate the terrorism and take steps to see that the U.S. citizens who serve in pregnancy help are kept safe - senior elected officials in the federal government have instead backed these threats and violence with decrees to “crack down on these so called ‘crisis pregnancy centers’ that mislead and deceive patients seeking abortion care.”

Massachusetts Senator Elizabeth Warren has gone so far as to accuse pregnancy centers of "torturing" pregnant women who are seeking abortion information, and called on the federal government to "shut them down all around the country.”

She has since followed up with a letter full of falsehoods to Heartbeat International meant to intimidate the largest network of pregnancy help organizations in the world. 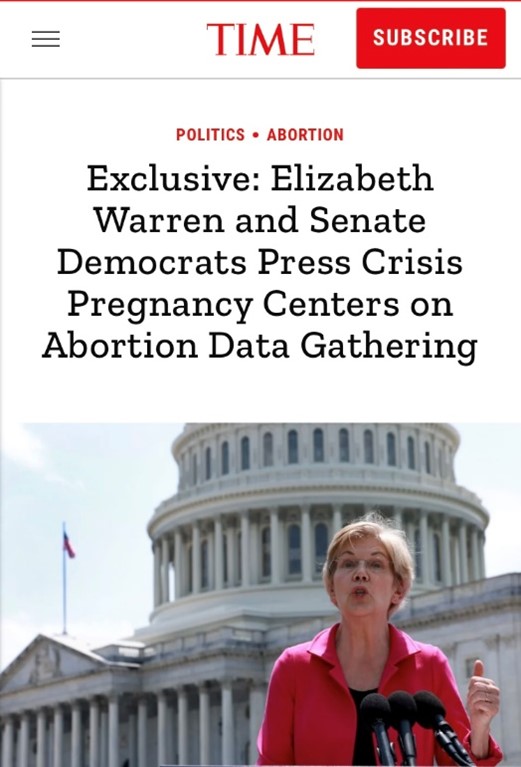 This concerted effort to undermine the work of pregnancy help centers is conveyed in a louder voice than ever before and it is part of a collaborated effort from those with political motives to expand abortion, along with their allies in Big Abortion, Big Media, and Big Tech, to undermine this valuable work.

What about pregnancy help centers scares Elizabeth Warren and her colleagues so deeply?

After working many years in pregnancy help centers and assisting thousands of women who were making pregnancy choices, it is impossible to reconcile the false images painted by those that have never stepped foot in a center and what I know to be true.

Those who have been assisted in pregnancy help centers around the globe every day are not political pawns, or the topic of yet another article to promote the abortion industry. These women are brave souls whose fearless choices will change the world.

Tweet This: Those assisting in pregnancy help centers around the world are not political pawns or the topic of just another article promoting abortion.

The reality of what we do in pregnancy help centers truly scares Big Abortion and those that support this monster.

We cut into profits and reveal truth about an industry that survives on fear and false promises. Empowered women strategically planning their own futures cannot be manipulated or scared into a decision, so the ploy of the abortion industry and its allies is to create false narratives about the pregnancy help movement to frighten women into abortion.

How are women and families helped in pregnancy help centers?

I clearly remember one late Wednesday afternoon as I sat with a client in a center in Indiana.

She had told me her experience of a date rape, looking into the distance as she explained the details of the horrible experience.

Just a short time prior I had been a stranger to her but now she trusted me with her darkest secrets. I could feel her deep loneliness and pain. Her despair wasn’t just a result of the assault, which she unfortunately replayed in her mind since that terrible night, it was the betrayal of a person she thought cared for her and the isolation she was experiencing since her family insisted she abort the child she was carrying.

Finally, I asked her the big question - the one I asked all my clients: “What do you want to do? What is your hope for the pregnancy?”

And like most other women I’ve asked, she simply replied, “No one has bothered to ask me that. They’ve all just told me what I should do.” 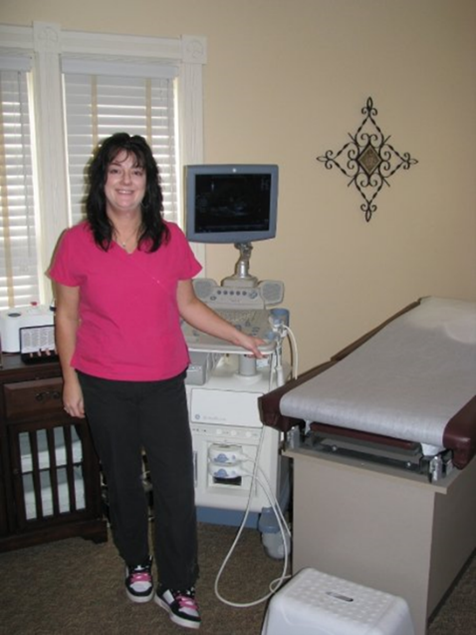 Ashley ultimately carried her baby and loved her with the love of a devoted mama.

However, in that moment that Wednesday afternoon, she needed a confidante, a safe place, and someone to just sit with her. She needed a soft haven to sort through her options without pressure and without judgement.

And as the sun set on that seemingly ordinary winter afternoon, she found the strength to make a plan for her precious daughter.

Within that pregnancy help center she had found the space to think clearly, to find the hope she needed to make the next step, to receive real medical care and support from my team.

This wasn’t just a quick fix. All of her circumstances were not made right in that one moment. But she now had others to walk with her, not only through the pregnancy, but also for the first years of her child’s life.

She was empowered with options, information, and resources she previously had not known were in her community.

When Ashley’s baby was born months later, the center was her first stop after leaving the hospital.

How we celebrated little Violet’s birth! She was beautiful in every way and Ashley gleamed with pride as she introduced us to her. We had cheered her on during every step of her pregnancy and we were honored to share her joy.

But Ashley’s story didn’t end there. She needed support to care for Violet, skills to mother her, community support, and a family to rally around her in the years to come.

There was no procedure or pill to instantly “fix” anything. Our work wasn’t completed in that counseling room as she shared her story - that was only the beginning. 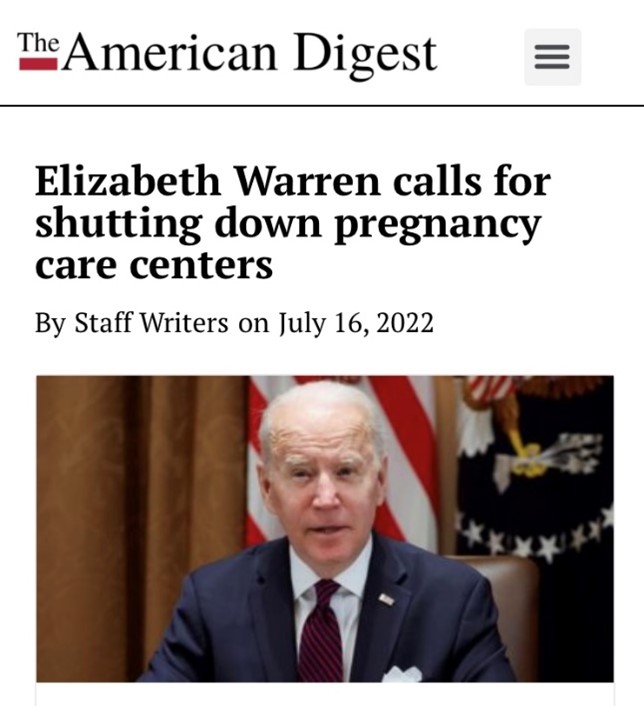 What are the simple facts that Elizabeth Warren refuses to see about pregnancy help centers?

Tweet This: There are numerous simple facts that Elizabeth Warren refuses to see about pregnancy help centers.

What is the hope of the pregnancy help movement?

The hope of the pregnancy help movement is to provide compassionate support and practical resources for those making pregnancy decisions.

Despite the hateful and false depiction put forth by those who have not stepped foot in a pregnancy help center, we do not hide information or mislead those seeking our help.

Tweet This: Despite the hateful, false depiction from those who've not stepped foot in a pregnancy help center, we do not hide info or mislead women.

Our mission is to reach and rescue as many lives as possible around the world.

Our vision is to make abortion unwanted today and unthinkable in the future.

Our work is accomplished by lifting one individual at a time and walking alongside them step by step day after day.

Unlike the abortion industry, we do not have a horse in the financial race - we do not make a profit from any pregnancy decision.

Tweet This: Unlike the abortion industry we in pregnancy help don't have a horse in the financial race-We don't profit from any pregnancy decision.

The work of countless client advocates, nurses, physicians, sonographers, and various volunteers is often heroic and yet with very little recognition.

I have seen with my own eyes the power that information, hope, and real support can bring.

This is what ultimately makes abortion unwanted and unthinkable.

Our work is not to dissuade or manipulate anyone from or toward a certain choice, but rather to be a support and encouragement to families so the best decision can be made for everyone involved in an unexpected pregnancy.