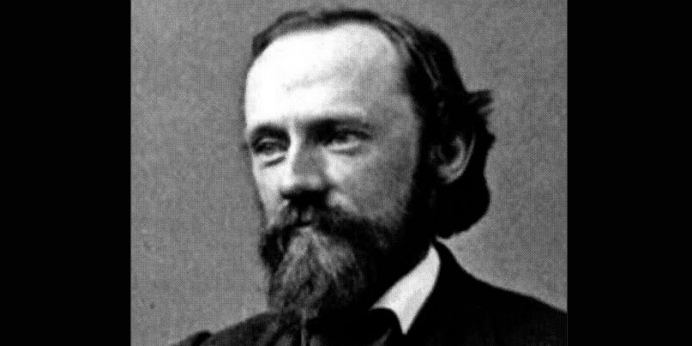 A Look at the History and Legacy of U.S. Abortion Laws

Abortions increased in the United States after the state laws against abortion were overturned by Roe v. Wade.

According to the Guttmacher Institute, abortions gradually rose from 898,600 in 1974, the full year following legalization, to 1,497,700 in 1979. After 1979, the number stabilized for several years at around 1,570,000. The gradual increase from 1974 through 1979 suggests that the laws against abortion continued to suppress abortion for six years after their nullification.

There has been a drop in abortions from their high in the 1980s, and it is no coincidence that many states have passed restrictions on abortion like waiting times and the requirement for parental notification.

There is little doubt that the laws against abortion that were passed by the states and territories between 1860 and 1880 had an immediate effect of reducing the number of abortions.

It was physicians who discovered and described the abortion problem. A Rhode Island physician, John Preston Leonard, published an article, “Quackery and Abortion,” in the Boston Medical and Surgical Journal in January 1851. Leonard’s article included: “This crime is every day becoming more prevalent. It is humiliating to admit that there are a class of physicians who, Herod-like, have waged a war of destruction upon the innocent. Though their motives are not the same as those which instigated that cruel king, they are no less murderers.”

Horatio Robinson Storer was a medical student in nearby Boston in 1851, and it is possible that he influenced Leonard or was influenced by Leonard. Leonard died shortly after his 1851 article was published, and it was Storer who took up the fight against criminal abortion.

Storer graduated from the Boston Medical School in 1853, studied in Edinburgh, Scotland for a year, and returned to Boston to become one of the first American gynecologists. Storer discovered that many of his patients had a history of induced abortion and, like Leonard, he was greatly concerned that criminal abortion was prevalent.

The indefatigable Dr. Storer brought the American Medical Association (AMA) into the fight against abortion in 1857. He was made Chairman of the AMA Committee on Criminal Abortion and he prepared the Report on Criminal Abortion that was presented to the Association in 1859. The report outlined the problem of prevalent criminal abortion and pointed out defects of current laws.

The report also requested the AMA “recommend, by memorial, to the governors and legislatures of the several States, and, as representing the federal district, to the President and Congress, a careful examination and revision of the statutory and of so much of the common law, as relates to this crime.”

The AMA unanimously accepted the Report on Criminal Abortion and its recommendation to seek improved laws against abortion. Storer then prepared the recommendation that the AMA sent to the President of the United States and to the governors and legislatures of each state and territory.

The recommendation described the high and increasing rate of criminal abortion, which led to the deaths of “hundreds of thousands” and called for the legislators of the state or territory to pass stringent laws to reduce these deaths.

Storer also prepared the address the AMA sent along with the recommendation to the medical societies of each state and territory, which concluded with the following exhortation:

“[I]t now has become our duty earnestly to request of the body you represent, such early and hearty action in furtherance of the memorial of the Association, as may insure its full success against the common, though unnatural crime it aims to check.”

Storer, the AMA, and the state/territorial medical associations were wonderfully successful. Connecticut and Pennsylvania passed strict anti-abortion laws in 1860. By 1880, nearly every state and territory had new legislation that made it a serious crime to induce abortions unless the mother’s life was in danger. Most of these stringent state laws against abortion were virtually unchanged in 1973 when they were overturned by Roe v. Wade.

Storer not only initiated efforts that led to passage of stringent legislation against abortion, he also worked to make the public aware that abortion was a crime. His primary tool was a popular book, Why Not? A Book for Every Woman, first published in 1866. “Physicians have now arrived at the unanimous opinion,” he wrote in one chapter, “that the foetus in utero is alive from the very moment of conception.” “The law, whose judgments are arrived at so deliberately, and usually so safely, has come to the same conclusion. … By that higher than human law, which, though scoffed at by many a tongue, is yet acknowledged by every conscience,” Horatio continued, “the willful killing of a human being, at any stage of its existence, is murder.”

Why Not? A Book for Every Woman persuaded many women to allow their pregnancies to go to term and many wrote to Storer thanking him. The book also was used by the state of Ohio as a basis for its passage of stringent abortion laws. Some women still sought abortions, but the new laws made it harder for the abortion seeker to find an abortion provider.

A few “quacks” induced abortions, but almost all legitimate physicians in the nineteenth and most of the twentieth century echoed Storer in condemning the practice of abortion. Scores of physicians expressed their strong objections in medical journal articles and a number described their successes in persuading women who requested abortions to continue pregnancies.

Storer returned to his anti-abortion efforts late in the nineteenth century because he perceived that the public and even some physicians had become apathetic on the issue. However, the laws against abortion were still there.

We can be certain that these laws resulting largely from Horatio Robinson Storer’s prodigious efforts sharply reduced the former high rate of abortion among married Protestant women and kept this rate low for a century until they were repealed. (They may have been a factor in my birth in 1938 when my mother was 42).

The Surprising Legacy of the Laws Overturned by Roe v. Wade

You, dear reader, are very likely a part of the legacy of the laws that existed before Roe v. Wade.

Frederick Dyer obtained his Ph.D. in quantitative experimental psychology in 1968 from Michigan State University. After three years of university teaching he conducted research on visual perception at Ft. Knox, Kentucky and later research on leadership and soldier training at Ft. Benning, Georgia. After retirement from Federal Service, he pursued a long-held interest in the history of abortion. This led to the 1999 biography, "Champion of Women and the Unborn: Horatio Robinson Storer, M.D.," and a subsequent history, "The Physicians' Crusade Against Abortion," published in 2005. To find out more about Horatio Storer, click here.