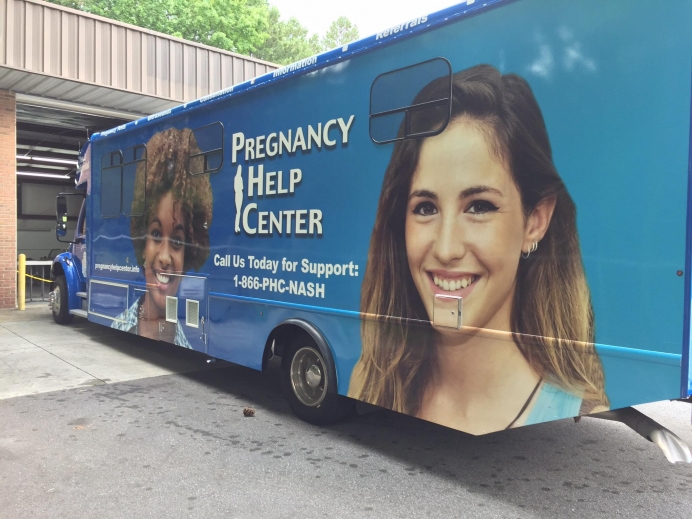 Mulier Care hopes to get its mobile unit on the road in the early fall.

New Mobile Clinic to Give Nashville Women Glimpse into the Womb

Starting this fall, a woman headed for either of the two abortion businesses in Nashville, Tenn., will have one last chance to choose life, thanks to a new mobile ultrasound unit that will be the first of its kind in Music City.

First reported by Theresa Laurence of the Tennessee Register, the mobile unit is a project of Mulier Care, whose administrators are planning to serve women at several public places, but with a special emphasis on Planned Parenthood and The Women’s Center, which both offer chemical and surgical abortions.

Though both abortion clinics operate within a mile of an existing pregnancy center, Mulier Care’s director of mobile operations, Diana Meinweiser, said the flexibility of the mobile unit affords her group to adjust to the dynamic needs of area women.

“We will take the unit to different places daily,” Meinweiser, who joined Mulier Care after working over 10 years at Confidential Care Mobile Ministry in Memphis, said. “We can meet the girls where they’re at. A lot of women choose life because we are able to get to them.”

Davidson County—where Nashville is the county seat—reports just over 2,100 abortions per year, a number that stayed consistent even while nearly 37 percent fewer babies were aborted statewide between 2011 and 2014.

In 2015, Tennesee Gov. Bill Haslam signed into law a 48-hour mandatory waiting period for abortions, which Planned Parenthood and the American Civil Liberties Union (ACLU) are fighting in court.