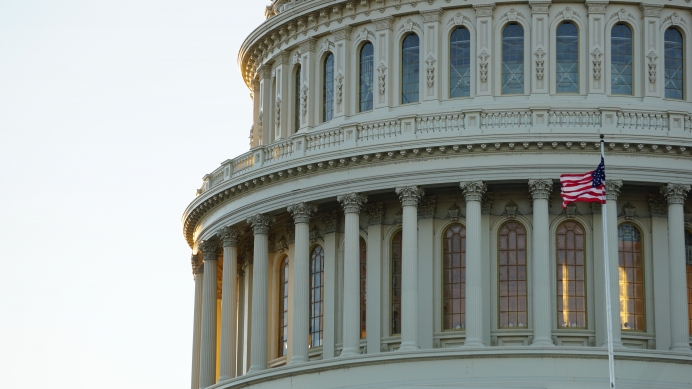 ‘No Taxpayer Funding for Abortion Act’ introduced in U.S. House of Representatives

(The Daily Citizen) Pro-life Americans concerned about seeing their federal taxpayer dollars go to funding abortions have, for the last 40 years, relied on previous bill-by-bill solutions such as the Hyde Amendment. That long-standing policy is in jeopardy, however, as there is increasing support in Congress and the White House for doing away with the Hyde Amendment in future funding bills.

To protect the policy that over 60% of Americans support, a bill, H.R. 18, was introduced in the U.S. House of Representatives recently, also known as the “No Taxpayer Funding for Abortion Act.”

The bill would codify the Hyde Amendment by inserting it in the U.S. Code, thereby making a ban on the taxpayer funding of abortion a federal law that would apply to all current and future laws and policies of the U.S. government. The law would at that point not depend on the whims of any particular Congress.

Rep. Chris Smith, R-N.J. introduced the bill, which has 130 co-sponsors in the House. In announcing the bill, Smith explained in a press statement why it was needed.

“When federal taxpayer dollars are not available to help effectuate the demise of unborn babies, lives are saved,” Smith explained. “Abortion violence must be replaced with compassion and empathy for women and for defenseless unborn baby girls and boys.”

Tweet This: “When federal taxpayer dollars are not available to help effectuate the demise of unborn babies, lives are saved” - Rep. Chris Smith, R-N.J.

The press statement also included a reaction from Rep. Vicky Hartzler (R-Mo.), a cosponsor of Smith’s legislation. In it, she said: “The No Taxpayer Funding for Abortion Act codifies critical federal policy protecting the unborn: the Hyde Amendment. It’s long past time to make Hyde protections permanent, ensuring human rights for our children and listening to the voices of our nation’s citizens.”

Smith, who is the co-chair of the House Pro-Life caucus, summarized the bill’s major points. It would:

Smith points to the fact that the Hyde Amendment has saved lives for 40 years. “Over two million people who would have been aborted instead survived and their mothers benefited from prenatal health care and support,” he said.

Tweet This: With Hyde “Over 2 million people who would have been aborted instead survived & their mothers benefited from prenatal healthcare & support”

Editor's note: This article was published in Focus on the Family's The Daily Citizen and is reprinted with permission.