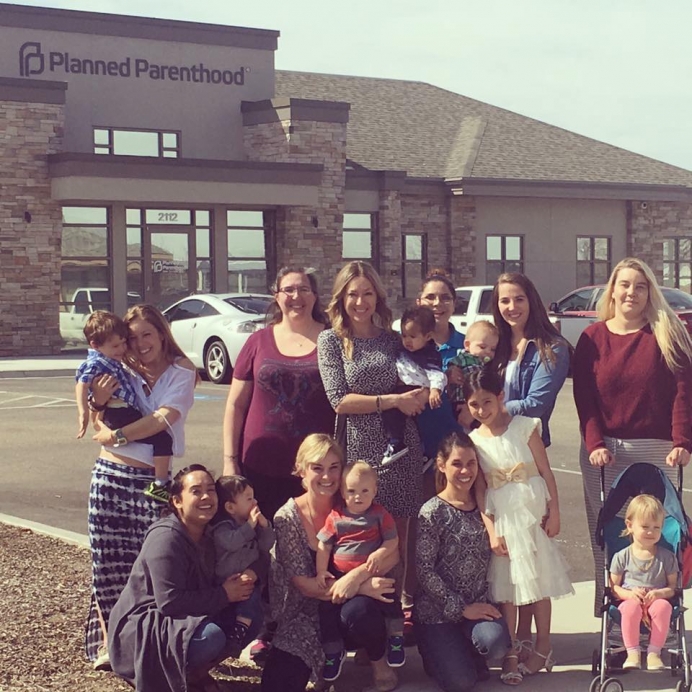 To Brandi Swindell, one picture in particular is worth a bit more than a thousand words. After all, it just took one picture to turn back a nagging lawsuit Planned Parenthood had filed against her life-saving group.

Swindell, CEO of Stanton Healthcare, was in the middle of a four-hour deposition in late January, when lawyers from Planned Parenthood of the Great Northwest and the Hawaiian Islands confronted her with a group photo of eight mothers and the children they’d rescued from abortion.

The photo, taken outside of the Planned Parenthood location in Meridian, Idaho, which shares a parking lot with Stanton Healthcare, was intended to demonstrate that Swindell’s group was guilty of harassing patients outside the abortion giant’s doors.

Instead, Swindell knew the moment she saw the picture as proof that Planned Parenthood had absolutely no case in its frivolous lawsuit against Stanton Healthcare.

In his ruling March 13 throwing out the case, District Judge Michael Reardon agreed.

“It was a game-changer,” Swindell said. “I just started smiling and I said, ‘There’s Jessica’ and ‘There’s baby Paulina!’ I’m just beaming because I’m so happy to see this picture—and then I realize they’re trying to use it against us. I realized at that moment that what they were using as evidence against Stanton was the very evidence of why we need to be there, and why we need to be so close to Planned Parenthood.

“It was such a hope-filled picture, and I just still can’t wrap my mind around why they thought that was compelling evidence against us.”

Core to the lawsuit, which Planned Parenthood filed in early 2016, was the claim that Stanton Healthcare was violating an occupancy code by setting up a 36-foot mobile ultrasound and medical unit in the shared parking lot.

While that claim could be argued for or against based on an interpretation of the building complex owner’s regulations, Planned Parenthood had also embedded a far more serious charge in its complaint, accusing Stanton of harassing women outside the Planned Parenthood clinic.

Most importantly, the judge’s wholesale dismissal—which included striking Planned Parenthood’s demand for lawyer fees even in the case of a potential settlement—affirmed Swindell’s contention that Stanton Healthcare is only there to offer women a viable alternative to abortion.

“We are professional, we are medical, we uphold the dignity of women,” Swindell said. “We provide women with compassionate, quality care, and we make ourselves available and accessible. That’s the point of being near a Planned Parenthood—you go to where the women are, so they can have true choice and true options.”

Since establishing Stanton in 2006, Swindell has expanded her organization’s reach to six locations in the U.S. and one in Ireland—where leaders are exploring plans to repeal the nation’s 8th Amendment, which prohibits abortions except to save the life of a mother.

The lawsuit’s dismissal allows Swindell and her team to breathe a sigh of relief and move ahead on a building project for their Meridian location. While they’ve held the deed to the property adjacent to Planned Parenthood since 2015, they’ve held off on the building project and focused instead on serving women through the mobile unit.

Soon, Planned Parenthood will be flanked by Stanton Healthcare and a church that supports Stanton’s life-affirming work.

“It’s just amazing,” Swindell said. “We’ve proved once again that we are a professional medical clinic that treats women with compassion and dignity. We comport ourselves professionally and we make ourselves accessible. This lawsuit was unjust, and it was meant to intimidate and bully us, and we fiercely stood our ground because there’s women and children who need our services.”