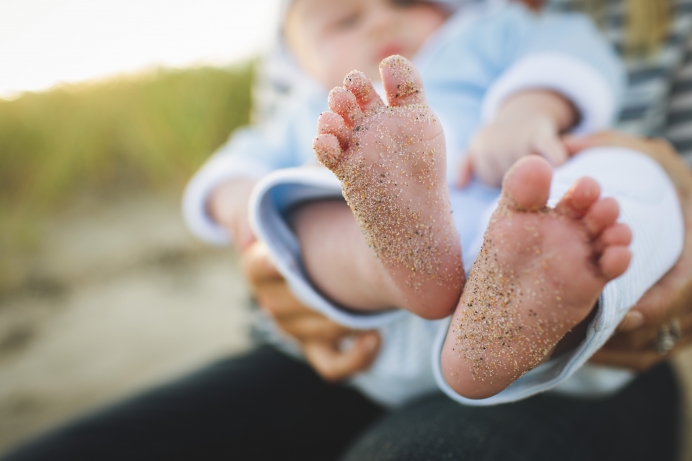 This week, during a hearing on an Ohio bill that would create a state tax credit for donations made to pregnancy help centers, abortion advocates showed their true colors once again.

Citing few sources (such as pro-abortion media outlet VICE and a biased “study” by the pro-abortion American Medical Association), the abortion lobby reached into its shallow bag of tricks to demonize these life-saving centers with some uncreative lies and unsubstantiated claims.

The strangest claims by far came from organizations that purport to have a religious stake in the abortion debate.

Rev. Terry Williams of the Ohio Religious Coalition for Reproductive Choice referred to the centers as “foxholes of fakery—the very front lines in a war that is being waged against medically accurate, comprehensive sexual education in favor of ideologically-driven lies about reproductive health that are harming our state.”

To anyone who’s ever gotten a glimpse inside the work of their local pregnancy help center, this image of pregnancy centers as “foxholes of fakery” is positively absurd.

As laughable as this image is, NARAL Pro-choice Ohio actually tried to make a hashtag out of it.

“And abortion clinics in Ohio—actual medical facilities that value medically accurate, all-options counseling for patients—have never needed to lie to patients about the risks associated with contraception, abortion, or childbirth,” he said. “Abortion clinics in Ohio provide necessary, life-saving medical care each and every day without any special state carve-out or ideologically-driven kickback.”

Here’s where definitions begin to matter.

His assertion that abortion facilities don’t lie to women is particularly cringe-worthy, since their businesses depend on lying about the value of human life on a daily basis.

Then, Williams said that “abortion clinics in Ohio provide necessary, life-saving medical care each and every day without any special state carve-out or ideologically-driven kickback.”

Both parts of that statement are overwhelmingly false.

According to the Ohio Department of Health, in 2018, abortion facilities in Ohio performed 20,425 abortions. At the time of their abortion, 99.9 percent of the women were said to be in “good medical condition,” meaning that most of these abortions were likely not performed in emergency situations.

The second half of Williams’ statement would be comical if it wasn’t such a terrible lie.

Planned Parenthood, the largest abortion chain in the world, receives more than half a billion dollars from the U.S. government each fiscal year. Thankfully, certain funding streams to the abortion giant have been cut, but it is simply untrue to say that the abortion industry has received no “special state carve-out or ideologically driven kickback.”

In closing his testimony, Williams “prayed” that the bill would be left “on the cutting room floor where all useless paper and really bad ideas fall and fade.”

But pro-abortion prayer time wasn’t over. There to share another religious perspective on why life-saving charity is a bad thing, Janyce Katz stood up to oppose the bill on behalf of the National Council of Jewish Women.

Her organization’s opposition, she said, came from its “pro-life” beliefs—beliefs that actually aren’t pro-life at all.

“We consider ourselves ‘pro-life,’” she said, “because we are concerned about each and every individual, their health, their education, their opportunities and, yes, their right to control when they have children.”

Translated, that last part means the right to have an abortion.

Obviously, Katz’s definition of “pro-life” is a far cry from reality. Being “pro-life” isn’t about controlling when a woman has children. It’s about not killing the children that have already been created.

Tweet This: ”Being “pro-life” isn’t about controlling when a woman has children. It’s about not killing the children that have already been created”

But that was just the beginning of her confusion on the subject.

After co-opting the term “pro-life,” Katz proceeded to prove the need for pregnancy help centers in a major way.

“Those of us with financial resources can find ways to take care of our family’s needs for health care, education, and control over when they have children,” she said. “What you are proposing is not pro-life, but is harmful to those of us with more limited resources.”

Oddly enough, this is exactly the population that pregnancy help centers are designed to serve: women with limited resources. Motivated by Christian charity, these organizations are designed to help families who cannot access health care, housing, education, and the many resources it takes to raise a child.

All of these factors can play a major role in convincing a woman that she, in fact, has no choice over her pregnancy—and that abortion is her only way forward.

But Katz persisted with her narrative, launching into a series of rhetorical questions that pro-lifers have been answering for what seems like eons:

Where is the concern for the baby once the baby is born? Where is the concern for the health of mothers, not just to provide them diapers, but to make sure that the mother is able to bear a healthy child. What regulations, what has been set up to make certain these centers actually give women the care they need? And, if the pregnancy could harm the woman if she continues to carry the baby, or if the baby is going to be born missing a brain or otherwise doomed to a short, painful life, what do these centers do to help the mother, to help the family and to help this child whose care will be quite costly for the short time that child lives?

I have to wonder whether she knows what she is testifying against.

What’s so mind-boggling about these questions is that pregnancy help centers are answering them every day.

For decades, the pro-life community has been challenged ad-nauseam with the claim that we have no concern for the baby once the baby is born. For decades, pro-lifers have been stepping up to provide housing, resources, and monetary assistance to families in need. The biggest channel through which they have done this is, in fact, pregnancy help centers.

Pregnancy help centers don’t just provide women with diapers. They empower women with endless resources and encouragement to tackle the challenges before them.

Tweet This: More than diapers - Pregnancy help centers empower women with countless resources and encouragement to tackle the challenges before them

Last year, the Charlotte Lozier Institute released a comprehensive report on the work of America’s 2,750 pregnancy help centers. That report showed that in 2017, these centers served nearly 2 million people with approximately $161 million in free services.

With the guidance and support of thousands of medical professionals, more than seven in 10 of these centers provided free obstetric ultrasounds with over 400,000 performed. One in four locations offered STI/STD testing.

Nearly 300,000 moms and dads attended parenting courses, setting families up for success beyond the four walls of the centers. Not only that, but centers also served 24,100 clients with after-abortion support, providing healing in the aftermath of an abortion.

Under-girding all of these services is a volunteer force of approximately 67,400 individuals, of which 7,500 are estimated to be medical professionals.

And those are just the highlights. The data doesn’t even begin to cover the work that many centers are doing in perinatal hospice, pregnancy loss, and infant mortality. Nor does it begin to cover the centers’ many efforts to support positive birth outcomes for mom and baby, whether by supplying mothers with prenatal vitamins or offering childbirth classes. I’ve even spoken with centers that offer OB-GYN services, lactation services and midwife care.

All of this information is available to anyone who is earnestly seeking the truth. The belief that pregnancy help centers are doing no more than passing out diapers and religious paraphernalia is willfully myopic and only serves to advance the pro-abortion agenda.

And yet, it’s worth noting that even if diapers were all a pregnancy help center offered to a woman in need, that charity is far superior to the curettes and vacuums offered by abortion facilities the world over.

Women don’t need another reason to abort; they need loving support that empowers them to be heroes to their unborn babies.