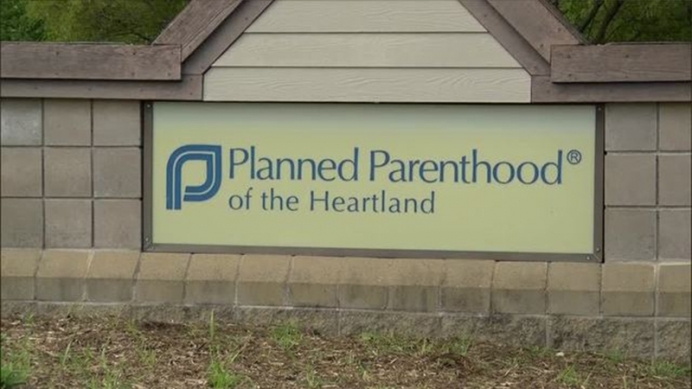 When it was announced last Friday that President Donald Trump would be de-funding Planned Parenthood of $60 million in taxpayer funding, abortion advocates pivoted to their predictable talking points to warn women of the coming collapse of “reproductive health care” in America.

They also tend to be located in areas of the country in which Planned Parenthood simply doesn’t exist. Consider this map of Maine, produced by the Charlotte Lozier Institute, which shows just four Planned Parenthood locations in a sea of 172 sites that provide better care than the abortion megalith.

Nationally, 13,540 of these sites are providing care to women without performing abortions.

But there are still more options beyond even these centers. According to Heartbeat International’s Worldwide Directory of Pregnancy Help, there are just over 2,750 pregnancy help centers across the U.S., the vast majority of which are privately funded, providing a plethora of services to women in need. Services range from material aid—resources such as diapers, cribs, and formula—to medical care—services such as STD testing and ultrasound screenings.

For more than 40 years, these centers have thoroughly disproven the pro-choice claim that pro-lifers don’t care about children after they’re born, offering women and their children far more in the way of care than the abortion industry ever could.

The building is one of four Iowa locations that Planned Parenthood closed last year following the state’s move to de-fund the group of $2 million in taxpayer funding. While abortion advocates warned of a health care “crisis” following the de-funding (sound familiar?), pro-life leaders argued that there were more than enough community health centers and rural clinics that could step in and take Planned Parenthood’s place—213 clinics statewide to be exact.

But Women’s Choice Center went a step further, actually taking the place of one of the closed clinics.

This month, the pregnancy center moved into the former Planned Parenthood from its location across the street. While the pregnancy center itself fills just one half of the 8,500 square foot building, Women’s Choice Center is outfitting the other half as a "pro-life, pro-family, faith-filled family medical practice" that offers OB-GYN services through 28 weeks of pregnancy, fertility treatment, and mental health services.

Meanwhile, across the street at their former location, the center will be leasing its building to a daycare provider, offering after-school enrichment, tutoring and summer camps.

Suffice to say, Women’s Choice Center is doing far more to respond to women’s needs than Planned Parenthood where 96 percent of pregnant clients are given an abortion and sent on their way.

Tweet This: As Pres. Trump moves to #defundpp, here are 2,750 pregnancy centers women can go instead. #prolife @ktafranklin

While Women’s Choice Center serves as a very literal example of what replacing Planned Parenthood looks like, there are thousands of other pregnancy centers that resemble this same example, even if not quite so literally.

For decades now, these centers have worked to serve the whole woman, the whole child and the whole family, going above and beyond the $500 “quick fix” Planned Parenthood offers by coming alongside women and families for free.

As Planned Parenthood and the abortion lobby flounder to protect their coveted millions, it is essential for pro-lifers to continue to champion America’s 2,750 pregnancy centers as superior alternatives. Though Planned Parenthood will inevitably put up a fight and parade themselves as the victim, the beautiful thing about pregnancy centers is that they will be there regardless, humbly serving women in need.