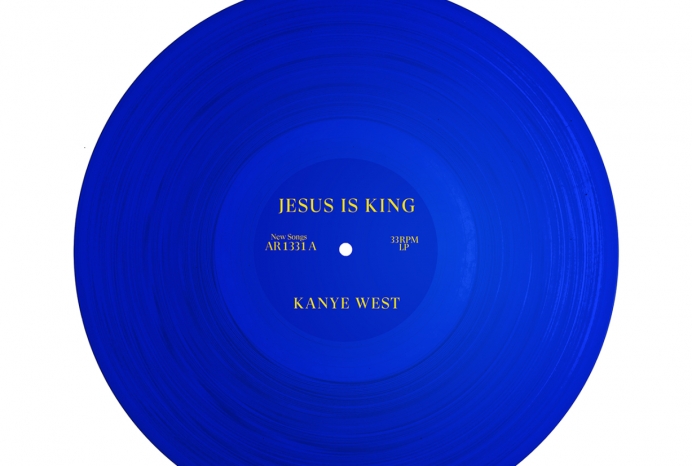 Ten years ago, if someone had told me I would be writing anything positive—or, anything at all—about Kanye West . . . let’s just say it wasn’t on my radar.

For one, I wasn’t—and am not—into pop culture. I don’t care who Kanye married, or didn’t marry. I’m not “Keeping up” with dysfunctional families. Not my thing.

Second, while I didn’t listen to her music, I had a soft spot for Taylor Swift. Still do, even if she and I may not see eye-to-eye on politics. When Kanye took a verbal shot at Taylor at the 2009 Video Music Awards after she won Best Female Video for You Belong With Me, I kind of took it personally.

You see, two of my kids were extras in the You Belong to Me video. The video was shot at their high school the night before their prom. There was a football game scene and there they were, with hundreds of their classmates, in the stands.

In addition, when my youngest daughter was in the hospital one Christmas, who showed up—unannounced—and did a two-hour Christmas Eve concert for her and all the kids stuck at Vanderbilt Children’s? Taylor Swift. Taylor also hung around and talked to every child. Every single one.

When she and my daughter got to chatting, it was like two old friends catching up. I was talking to Taylor’s mom about her son, because he and my other daughter were in school together, and lost track of time. When I finally realized Taylor and my daughter were gabbing for a long, long time, I told them, “We’ve got to go.”

“No!” Taylor says. She wanted to keep talking. They did. Who was I to stop a memory like that?

So yes, a soft spot for Taylor Swift, who came to the hospital only after getting assurance that there would be no publicity, no media. She just wanted to help.

But Kanye West? Too much drama. Too much . . . just, too much. And because of his ongoing battle with Taylor Swift, I had no interest in anything he had to say. No, I wasn’t a “Swifty,” or whatever her fans are called. But if someone treats my kid well, that person gets a lot of latitude from me.

Kanya dared to wear a “MAGA” hat. Taylor went the other direction. But I’m not beholden to politics. While some of Taylor’s political stances had me scratching my head, I understand how pop culture can capture anyone.

As for Kanye, his endorsement of Donald Trump didn’t change my thinking, one way or the other. My view at the time? Perhaps he was just trying to stir the political pot for personal gain. What better way than to go against the prevailing winds in the minority community?

Kanye however, even made a couple of statements one might call, “Pro Life.” Go figure, right? But again, whatevs. Have fun, Kanye, I thought. Your fifteen minutes will be up soon enough.

Next, rumblings of a conversion to Christ. Talk of a new album, based on . . . faith?

Before I realized it, His Jesus Is King album was out and Kanye took his faith on the road. A Sunday service in a Los Angeles suburb. A prison in Houston. Joel Osteen’s Lakewood Church.

What to make of it all? I don’t know for sure.

I took notice however, when Andrew T. Walker, a professor at the Southern Baptist Theological Seminary in Louisville, tweeted his thoughts about West’s service at Lakewood.

Starting with the caveat that he isn’t a fan of Osteen or Lakewood Church, Walker went on to say West “was boldly Christ-centered.”

But Walker had more to say.

“What I cannot get over is Kanye West’s countenance. He’s radiating joy, boldness and the zeal of being newly saved. I know he’s under a microscope right now, but I cannot get over his posture. He’s a new creation (2 Cor 5:17). Let’s rejoice.”

Tweet This: Andrew Walker:"I know (Kanye’s) under a microscope right now, but I cannot get over his posture. He’s a new creation. Let’s rejoice.”

And to top this off, Kanye West is not holding back on the big issues of the day, including—you got it—life.

In an interview with radio host Big Boy (I should’ve named one of my sons, “Big Boy,” but I digress), West said, “Democrats had us voting for Democrats with food stamps for years, bro. . . . Guns in the 80s, taking the fathers out the home, Plan B, lowering our votes, making us abort our children.” (Italics mine)

Tweet This: Kanye West: .. "Guns in the 80s, taking the fathers out the home, Plan B, lowering our votes, making us abort our children.”

Wait, what? Forget the politics of his statement. This guy is defending life. He sees abortion as a crusher, breaking down the black community.

Some in the pro-life community are watching Kanye West with skepticism. I get it. We’ve been burned before.

But something greater in me says, “Welcome to the family, brother.” He who is not my enemy is my friend. And right now, I can’t believe I’m saying this but . . . Kanye West is . . . my friend.

Tweet This: ”But something greater in me says (of Kanye West), “Welcome to the family, brother.”

What will Kanye West mean to the pregnancy help community? No answers. But I’m interested to see what his impact might be.

Ten years ago, the name “Kanye West” ticked me off. You know why. Because Taylor Swift took the time to care about my kid.

Today? My soft spot for Taylor Swift remains. Always will.

But if Kanye West needs a buddy, I’m here. I don’t need to know what his future might be. All I know is, today he is on our team. It’s great to have him.