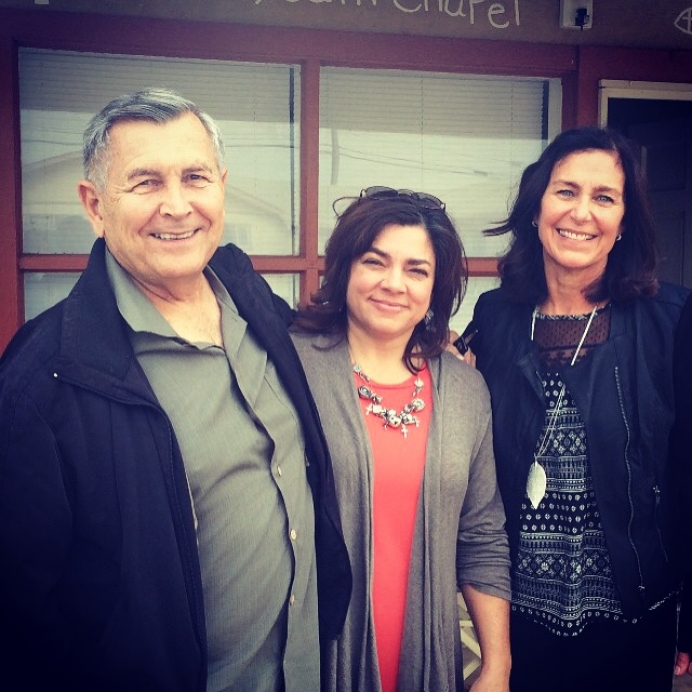 A top tourist destination in Arizona, Camp Verde moved one step closer to living up to its nickname—“The Center Of It All”—this January.

Though many of the city’s 11,000 residents may not have heard the news quite yet, the addition of Abide Maternity Home to the community’s life has already made a tremendous impact in one family’s life.

If not for Abide, it’s likely that “Hannah,” already a mother of three, would have resorted to abortion even before she found out she’s carrying twins in her current pregnancy.

“When Hannah walked in to our building, she immediately said, ‘I’m pregnant and I don’t want this baby and I need you to help me,’” Michele Evans, the organization’s founder, said. “She was in the front room, totally unabashed.”

Having already planned for an abortion, Hannah made clear to Evans and others at the center that she did not feel parenting was in the cards. In her late 30s with three kids already, Hannah was already having trouble making ends meet as a single mom.

Desperate for a Way Out

As she listened to Hannah’s concerns, Evans could see Hannah firmly believed she was looking to the best interests of her three children. It wasn’t that she “wanted” an abortion, just that she didn’t see any other way forward.

Hannah hadn’t considered that there would be a third option. She could make an adoption plan for her preborn baby, and Abide could help.

Tweet This: "I'm #pregnant and don't want this baby. I need you to help me." #prolife #prolifegen

Freed from the false dichotomy of either raising a child or aborting, Hannah met with an adoption counselor and began to make an adoption plan for her new child.

The next step was an ob-gyn visit, where an ultrasound showed Hannah was pregnant not with one child, but with twins.

“It’s a God thing all the way around,” Evans said. “She loves the babies but knows that she can’t [raise them]. She has picked a family with an older boy because she doesn’t want them to be first-time parents with twins. She has thought it through.”

How Camp Verde is Becoming “The Center Of It All”

Thirty minutes to the nearest pregnancy help locations in Cottonwood, Ariz., and an hour or more to Phoenix, Flagstaff and Prescott, Camp Verde is home to a variety of tourist destinations that include Montezuma Castle National Monument, Out of Africa Wildlife Park and the Cliff Castle Casino.

With 14 percent of the population living below the poverty line in a town largely sustained on tourism, women in Hannah’s situation are often provided with precious few options.

Becoming familiar with the work of maternity homes like Maggie’s Place—whose founder, Mary Peterson, currently serves as Housing Specialist for Heartbeat International and is a leader with the National Maternity Housing Coalition—Evans and a group of friends began sensing the need for a life-affirming ministry in Camp Verde.

While their goal is to establish a full-orbed ministry with multiple maternity homes and thrift stores, the group’s first step was made for them in a way, when they were given a house that was better suited for a pregnancy help center than a maternity home.

Eager to meet the needs of women using anything they had at their disposal, Evans and Co. have jumped in with both feet to fundraise for the effort. In fact, it was one of their first stops at a local church that put Abide on the map for Hannah.

“Hannah’s mom was at a Christian church where we were speaking,” Evans said. “We were talking about abortion and the resource center and I shared my testimony.  Hannah’s mom was very moved by all that was said.  Later that week, Hannah came to her mom and said, ‘I am pregnant and I don’t want this baby.  I’ve scheduled an abortion.’ Hannah’s mom immediately remembered the talk and brought her to us.”

“It’s a miracle that I have life.”

A few months after Michele Evans gave birth to her firstborn, she took a trip with her mother and daughter.  The three generations went together to visit a longtime friend.  Overcome with emotion as she watched Evans hold her new baby, the friend suddenly burst into tears. She had been the first person Evans’ mother had called when, at age 19, she was attacked, drug into the woods and raped.

A young adult herself at the time, the friend had joined Evans’ mother in a fruitless attempt to keep the rape from resulting in a pregnancy.

Now watching the child conceived in her close friend’s rape cradling her newborn baby, she begged Evans’ forgiveness for trying to end her life so many years before.

As Evans has navigated the early stages of starting and running a pro-life ministry, she’s learning to use her own story as a testimony to the good that can come from hard situations.

“I’ve always known that was how I was conceived, but I never knew how to deal with it,” Evans said. “Innocent questions such as, ‘What does your dad do?’ were always complicated for me. I didn’t know how to deal with the reality.