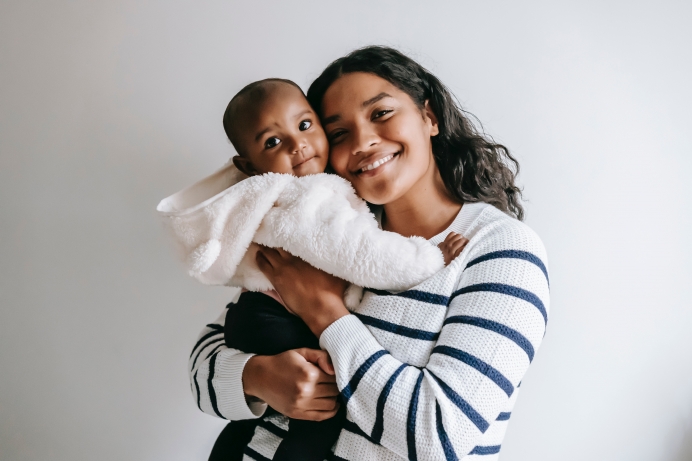 You’ve probably heard someone who is pro-choice and supports abortion say that he or she does so because we need to be sympathetic to the challenges a woman in an unplanned pregnancy might be facing. To this person, abortion is the compassionate way out of a tough situation, like a health problem, financial trouble, messy relationship, drug addiction, trying to finish school, or some other perceived inability to care for a child.

Because to this person, forcing someone who’s already struggling to add on another responsibility and raise a child is not loving. But is ending the life of an innocent baby really loving, or the best we can offer these women?

Is it really, truly compassionate to say to a woman that she can’t rise above her circumstance and choose life for her child?

Or is compassion assuring her she can be a mom and raise her child if she wants to, or she can make a loving choice for her child by placing him or her into an adoptive family of her choosing, and helping her do any of these things and more?

Recently, I experienced the absolute joy of hearing from not one, but two abortion pill reversal clients whom I cared for in the past year, stating that they both just had their babies.

Both of them sent me pictures of their beautiful, healthy, wonderful little humans. Both of them shared with me the joy of having their babies and the gratitude in their hearts for helping them with the reversal process.

And both of them, amidst the challenges they faced to choose life, had no regrets in doing so. For both of them, and so many other women around the world, a happy ending from an unplanned pregnancy wasn’t a far-fetched dream, but a very near and possible reality, one that was now presently being lived.

We live in a society that says that in order to support someone, we have to support their choices, and if we don’t, then we’re not being supportive. This isn’t necessarily true. We can love and respect someone without having to agree with or affirm all of their choices.

Imagine if someone you knew was suicidal and was determined to end his or her own life. You care for this person and want to love him or her, so you try to talk this person out of suicide. But let’s say that he or she says to you, “If you truly loved me, you would let me kill myself.” Would you then encourage that person to commit suicide? I surely hope not.

Similarly, when a woman is considering abortion, I surely hope that our society would not simply encourage it. But this is what we see time and time again. Abortion is a well-funded, well-accepted, and a well-known “solution to a problem”.

The problem is the culture we live in that perpetually tells women that they need access to an abortion in order to be successful, get out of poverty, or have a happy ending.

Tweet This: The problem is our culture that perpetually tells women they need abortion to be successful, get out of poverty, or have a happy ending.

Why does our culture seem to want more abortions? Are 62 million abortions in the U.S. alone not enough? And that’s just in the U.S.; that doesn’t include the staggering number of abortions in all the other countries in the world where abortion is legal and readily accessible.

Do people really think it’s empowerment, good for women, the better option than either parenting or adoption, necessary in cases of failed contraceptives (even though they’re known to fail)?

Does our society really think empowerment, freedom, and good health care involves abortions that could lead to mental health issues, substance abuse, and even suicide? If you want an example of the latter, in his book The Beginning of the End of Abortion, Shawn Carney shares a true and tragic story of a young woman who committed suicide years after an abortion as a teenager despite getting married, having two more kids afterwards, and extensive mental health treatment.

And for those who might even consider themselves as “neutral” when it comes to abortion, don’t you think we can do better for women facing unplanned pregnancies than to pay abortionists and abortion facilities hundreds or even thousands of dollars to end the lives of their unborn children? Why do these “neutral” people think it’s okay not to say anything at all when it comes to something as serious as life and death, when they would certainly do something for someone who is suicidal?

Why do women travel to late-term abortion facilities? Do they not realize the grueling process of late-term abortion procedures, the fact that not all prenatal diagnoses are even accurate, and that these third-trimester children can survive outside the womb with adequate medical care?

Has society really become so blind to the scientific fact that human life begins in the womb, at conception, and needs to be protected?

Has society really determined that mental illness and suicide have nothing to do with abortion, even after abortion has been shown to increase the risk of mental illness, substance abuse, and even suicide?

Has society really decided that women (including adolescent girls) don’t need to know the true depths of the devastating realities of abortion and the disappointment and dissatisfaction it brings along with the deaths of their sons and daughters? That is not loving. Hiding these facts is not compassionate, nor is it telling the truth.

Sure, that is a choice you could make, but it is one that neither empowers nor encourages a woman to make a life-affirming decision for both herself and her child.

This is a decision that involves life and death.

Just like with suicide, if we don’t step in and intervene with someone who is suicidal, the staggering statistics tragically show us what happens. We will lose a suicidal person if we leave him or her to his or her own devices.

Similarly, we will lose an unborn baby (let me remind you, a human being) if we leave his or her mother to her own devices, when what she needs to hear is that she can still fulfill her dreams without having to sacrifice her child. She doesn’t need an abortion that can lead to severe mental health problems, harmful substance abuse, or the tragic loss of her life by suicide.

So let us do better together. Let us make the choice of encouraging life, for every woman, every child, every time. Because this choice of life does not lead to the death of dreams. This choice of life leads to the light and hope of true, pure, and inexplicable joy – which we want for everyone.