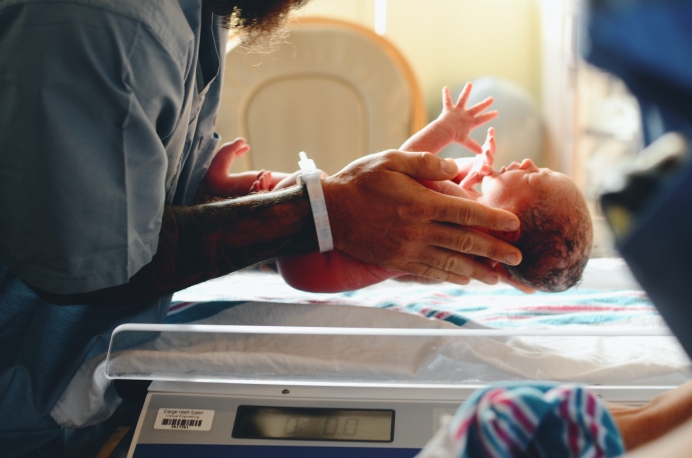 Worldview is central to determining views on abortion

(Family Research Council) The month of October kicks off “Respect Life Month” in the Catholic Church, and with the U.S. Supreme Court scheduled to hear the Dobbs v. Jackson Women’s Health Organization case on December 1, Christians across the country have begun praying in earnest for the case that could overturn Roe v. Wade. How will Americans react to the possibility of the Court altering the long-standing Roe ruling concerning abortion?

Many Americans wonder why abortion remains such a high-profile issue after all these years. The explanation is simple. Almost 50 years ago, seven appointed—not elected—justices decided that killing unborn babies should be a constitutionally-protected act. Since that time, more than 62 million unborn babies have been killed in our nation.

Tweet This: Almost 50 years ago, seven appointed—not elected—justices decided that killing unborn babies should be a constitutionally-protected act.

Rest assured, that fact has not gone unnoticed by the God who knitted together those babies in the wombs of their mothers.

Recent worldview research provides helpful insight into Americans’ views about abortion. The annual American Worldview Inventory undertaken by the Cultural Research Center at Arizona Christian University shows that after a half-century of energetic public debate about abortion, the abortion perspectives of millions of Americans remain surprisingly tenuous and pliable.

Keep in mind that very few adults are capable of applying a biblical worldview to this (or any other) issue. Although 51 percent of Americans think they have a biblical worldview (according to a Center for Biblical Worldview survey), the American Worldview Inventory reveals that only six percent of Americans actually have one. Since most Americans (88 percent) are driven by a Syncretistic worldview—an inconsistent, unpredictable combination of elements originating in various competing worldviews—the nation’s thinking about the morality and permissibility of abortion is more likely to be based on current emotions and popular thought, not on biblical principles related to life.

Indeed, the American Worldview Inventory underscores the morally wayward thinking of Americans. Not quite four out of 10 adults (39 percent) believe that life is sacred. An equal proportion of Americans argue that life is what we make it or that there is no absolute value associated with human life. The remaining two out of 10 adults possess a variety of other views about life, including outright uncertainty as to whether or not life has any intrinsic value.

Views about life are closely related to worldview and faith commitments. For instance, more than nine out of every 10 adults (93 percent) who have a biblical worldview believe that human life is sacred. Eight out of every 10 (81 percent) SAGE Cons (i.e., the Spiritually Active, Governance Engaged Conservative Christians) possess that view as well. Surprisingly, only six out of 10 theologically-determined born-again Christians (60 percent) say that human life is sacred. Those proportions dwarf those among people associated with non-Christian faiths (25 percent) or those who are spiritual skeptics (15 percent).

Americans’ views about abortion continue to shock many observers. For instance, two out of three adults (64 percent) either say that the Bible is ambiguous in its views about abortion or that they don’t know what those views are. For a nation where roughly seven out of 10 adults call themselves “Christian,” that represents a mindboggling degree of biblical ignorance concerning one of the most high-profile social issues of the past half-century.

Not everyone falls into that vacuum of wisdom, though. More than nine out of 10 people who have a biblical worldview—a group known as Integrated Disciples—reject the notion that the Bible contains ambiguous ideas about abortion. Similarly, eight out of 10 SAGE Cons reject that position as well.

But the idea that the Bible is ambiguous about abortion is held by a variety of population segments. More than 70 percent of people who draw heavily from non-biblical worldviews—specifically, Marxism, Secular Humanism, Modern Mysticism, Postmodernism, and even Moralistic Therapeutic Deism—believe the Bible can be interpreted multiple ways regarding abortion. At least seven out of 10 adults aligned with a non-Christian faith or spiritual skeptics also embrace that point of view. And two-thirds of adults under the age of 50 harbor that misconception as well.

Given these perspectives, then, it should not shock us to find that nearly six out of 10 adults (57 percent) believe that a woman who chooses to have an abortion because her partner has left and she believes she cannot reasonably take care of the child is making a morally acceptable decision. Again, the survey shows that such a decision is a direct reflection of one’s worldview. Just two percent of the Integrated Disciples support abortion under such circumstances. In contrast, more than eight out of 10 who are adherents of other worldviews support that decision. That includes 89 percent of those who often draw their worldview from Postmodernism; 88 percent who often rely upon Secular Humanism; 82 percent who draw frequently from Modern Mysticism; and 81 percent who lean heavily upon Marxist philosophy.

Previous research by the Cultural Research Center also revealed that national opinion is roughly equally divided as to whether the Supreme Court should overturn its disastrous Roe v. Wade decision of 1973. The subgroup numbers line up similarly to the segmentation patterns related to the responses to the other abortion-related questions described earlier. In general, those most desirous of the Court overturning the 1973 ruling are led by Integrated Disciples (67 percent consider a reversal of Roe to be a priority) and by SAGE Cons (74 percent). Those who want the Court to affirm Roe are led by groups that are not favorable to Christianity.

The Court’s ultimate decision, whatever it may be, will not satisfy everyone—or, perhaps, even a majority of Americans. But for biblically informed Christians, the abortion issue is not about pleasing a majority of the public or persuading a majority of jurists; it is a matter of understanding and obeying God’s principles and standing for His truth.