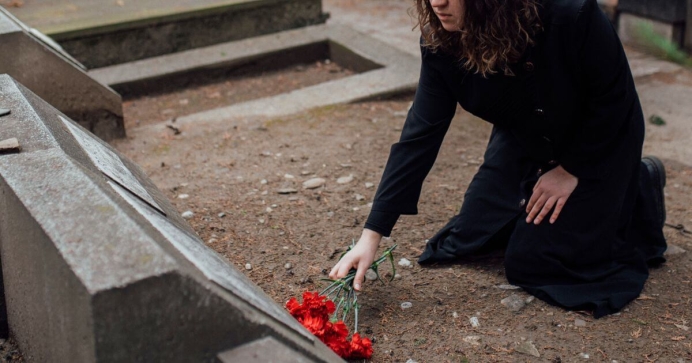 (Right to Life UK) A mum has launched a campaign to have babies who die in the womb before 24 weeks classified as stillborn rather than as a miscarriage after her daughter was born dead at 19 weeks gestation.

Rachel Guinan, 28 from Skelmersdale, Lancashire, lost her baby girl, Kiara, earlier this year when she was born dead at just 19 weeks. To add to the grief of losing her daughter, Guinan was shocked to discover that her daughter Kiara was classed as a miscarriage and not a stillbirth due to the fact that she was born before 24 weeks.

Guinan said: “I want the government to change this SAD law that defines stillbirth as only applying to babies lost after 24 weeks. When a mother has to give birth to the child, this is a stillborn baby”.

She went on to tell LancsLive: “I gave birth on April 4 to our beautiful baby girl who was born at 19 weeks one day gestation. Sadly, in the eyes of the law this is a miscarriage. I couldn’t disagree more, I also don’t believe many other mothers would agree with this legal definition”.

Paying tribute to the ‘amazing’ staff at the hospital, she added: “The staff from the hospital could not have been any more helpful. They showed compassion and knew what we were going through was a really hard situation and they gave us time with her whenever we wanted. We can’t thank the midwives and doctors any more for everything they had done for us”.

“It’s diabolical and disgusting that they can say this”

Guinan said that the hospital staff were also shocked to discover that Kiara was classed as a stillbirth rather than a miscarriage.

Guinan added: “But my baby isn’t classed as a stillborn baby, she’s a miscarriage. It’s diabolical and disgusting that they can say this”.

“The midwives at the time also explained this and agreed I am right she is a baby and she’s beautiful. They said if they could change the law themselves, they would as this isn’t right”.

She has since started a petition to change the law. The petition page reads: “No parent should have to go through this horrific situation to be told they have suffered a miscarriage, when a mother has physically delivered a baby”.

The Government has announced that it will be introducing a certificate to provide legal recognition for women whose babies die within the first 24 weeks of pregnancy. It is not yet clear if the pregnancy loss certificate will amend existing legislation regarding miscarriage and stillbirth.

Right To Life UK spokesperson, Catherine Robinson said: “The introduction of pregnancy loss certificates does not appear to be a direct response to Guinan, although it must be great news for her important campaign”.

“All forms of baby loss, whether through miscarriage, stillbirth or abortion, are a great sadness. The lives of unborn babies matter, no matter their gestation”.

Tweet This: All forms of baby loss, whether miscarriage, stillbirth or abortion, are a great sadness. Unborn babies matter no matter their gestation.