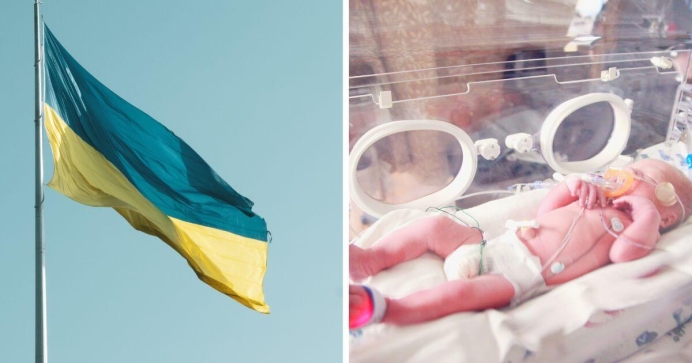 (Right to Life UK) A management consultant from Cheltenham, who has organised a fleet of out-of-service ambulances to aid people in Ukraine, has made a desperate plea for baby incubators since he says the stress of the war is leading to more premature births.

Khaled El Mayet, who has arranged for decommissioned ambulances to travel to Ukraine as part of the relief effort, is now saying that the stress of the conflict is causing babies to be born prematurely. Depending upon how early a baby is born, they often need an incubator to survive.

While a number of ambulances transporting incubators have already been sent to Ukraine, Mr. El Mayet said: “There are a lot of babies passing away because they don’t have vital equipment”.

Mr. El Mayet had organised for seven decommissioned ambulances to take medical supplies to Ukraine in March. The management consultant said his team of volunteers were told of the need for incubators during their previous aid visit.

“We’ve had a lot of messages from hospitals in Ukraine”, he said.

“There are a lot of babies dying because of premature births caused by the shock and stress of the war so now – as well as ambulances – we’re desperately trying to get incubators to send out there as well”.

Mr. El Mayet has made an appeal for donations of incubators because “there’s not an abundance of them”.

“Trying to find them, that’s the problem we have at the moment”, he said.

“They are expensive – a lot more expensive than an ambulance – so it’s just trying to find someone who may know an organisation or hospital, or anyone who makes these. We want to get as many as we can, along with related neo-natal medical supplies, so we can help these hospitals to look after premature babies”, he added.

Actor Bruce Byron, who used to star in the police drama ‘The Bill’, drove one of the ambulances that left for Ukraine in April. He said he hoped it would make a difference.

“I just want to make sure that we get this stuff down to these poor people who are suffering, they need it”, he said.

“I’d like to think that if we were in the same boat as these people, that someone would come for me”, he added.

Tweet This: A business advisor from England is working to get incubators donated for premature babies born in Ukraine as the conflict there continues.

Abortion rates in Ukraine have fallen dramatically since the collapse of the Soviet Union. In 2020, there were estimated to be around 65,000 abortions in the country. Abortion is legal in Ukraine on demand up to 12 weeks gestation.

Right To Life spokesperson, Catherine Robinson, said: “The effort Mr. El Mayet is making on behalf of premature babies is inspiring. With developments in science and the right medical equipment, the outcomes for premature babies are improving all the time. It is wonderful to see Mr El Mayet working to help the youngest Ukrainians affected by this tragic conflict.”