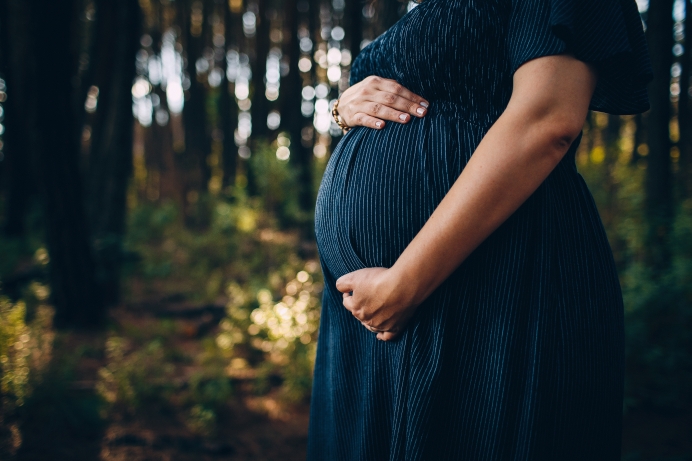 The good news is out – Abortion restrictions will not kill anyone

After delivering babies for 30 years, Dr. Brent Boles can confidently say that abortion is not needed to save a woman’s life.

In a recent interview with Boles and Lila Rose, the Live Action president concurred that, “intentionally killing a baby is never ever a medical treatment.”

The conversation between the Rose and Boles, board-certified OB/GYN and medical director for Heartbeat International’s Abortion Pill Rescue® Network (APRN), gave truthful information about medical care that women will still receive even where induced abortions are restricted after the Dobbs ruling.

Rose pointed out that abortion proponents are spreading fear “right now about why it’s bad that Roe v. Wade has been overturned, claiming that women are going to die.”

Boles began the interview by accurately defining induced abortion as, “the use of a medication or procedure to end the life of a living, intrauterine, unborn child and empty the uterus because the pregnancy is unwanted.”

“The only purpose of abortion is to ensure that the baby is fully dead before fully delivered,” he said.

If the baby is no longer alive, or has implanted somewhere other than the uterus, or if the baby is delivered prematurely alive and given medical care, then the procedure is not an induced abortion.

Boles noted a few extremely rare scenarios where a mother’s life is at risk in pregnancy, and even in those cases it is a matter of premature delivery, not induced abortion.

And whether it is this situation, or the pregnancy has ended early naturally, Boles said that if the mother needs medical care medical professionals will take care of her while seeking to deliver the baby in a way that is safe for both, with no laws broken.

“The things that abortionists do to end the life of the child before delivering it are never necessary when a woman is sick and when her life is in danger,” Boles explained. “In fact, they only add risk.”

Tweet This: The things abortionists do to end the life of a child before delivering it are never necessary when a woman is sick or her life is in danger

“The last place on planet earth that she needs to be is in some abortion clinic, where there’s just the abortion doctor,” he said. “There’s no anesthesiologist, there’s no cardiologist or critical care doctor, or pulmonary doctor, no intensive care unit.”

Hospitals will not be restricted anywhere from doing premature deliveries because the mother’s life is in danger.

“And there is currently to my knowledge, no law on the books anywhere that will prevent an obstetrician from taking care of an obstetric patient in doing anything he needs to do other than specifically causing the death of the child as a goal of treatment,” Boles said.

“In any of these situations women need real medical attention, not abortion,” he added.

Treating ectopic pregnancy is not abortion

When it comes to ectopic pregnancies Rose noted, “a lot of people are really scared right now who, I feel, have been misled.”

Boles explained that baby cannot survive anywhere in a woman’s body outside the womb.

“Ectopic just means ‘a different location,’” he said, “defined as the condition in which an egg is fertilized, but instead of moving into the uterus where it’s supposed to grow and mature, it implants somewhere else.”

Removing an ectopic pregnancy, even if there is a heartbeat, is necessary to save the mother. If the pregnancy continues the baby will also die.

“There was never a law that hindered the treatment of an ectopic pregnancy,” Boles said. “There’s no heartbeat for most of these ectopic pregnancies. The baby has passed away, but the placenta is still growing.”

Boles pointed out that even Planned Parenthood and the American College of Obstetrics and Gynecology do not call removing an ectopic pregnancy abortion.

Treating a woman for miscarriage is not abortion

Rose revealed another falsehood circulating that is “even trying to blur the moral lines between choosing to kill your baby and dealing with the tragic loss of your baby.”

Boles noted of abortion proponents how, “They focus on the fact that medical terminology calls a miscarriage a spontaneous abortion. [It is] the result of some issue that allows the pregnancy to expire and be lost naturally and spontaneously.”

However, in a miscarriage no one intentionally kills a baby. The baby dies of natural causes.

Medicine, or the dilation and curettage procedure (D&C), may be needed to help the mother expel any remains, or the placenta. Abortionists mimic these procedures, but do not make treatment for miscarriage an induced abortion.

“The removal of that baby is not abortion,” she said. “No one is contesting that on the pro-life side.”

Abortion is not cancer treatment

Some people are falsely saying that pro-life laws will prevent pregnant women from getting cancer treatment.

Boles discussed situations where pregnancy might need to end to treat some forms of cancer, for example, advanced cervical cancer.

“In that situation, if the child is past the age of viability, where it could survive, just deliver the baby,” he said. “Let the NICU take care of the baby and then treat the woman.”

In rare circumstances the baby may have to be delivered before viability for the mother to survive, but in most forms of cancer, ending the pregnancy before the baby can survive is not necessary.

Boles noted that in these cases “a multidisciplinary team of maternal fetal medicine specialists and oncologists can come up with a treatment plan” for both baby and mother.

Pro-life laws will not kill women

The good news is that even if abortion became illegal everywhere no women would die because of it.

“Good obstetrics will take care of the patient in a way that is safe for the mother and optimizes the circumstances for the baby,” Boles said.

False statements about abortion from abortion promoters could cause women to fear going the emergency room when they need help with a miscarriage, ectopic pregnancy, or life-threatening illness, he said.

In these instances, he said, abortion advocates are “seeking to use women’s tragic circumstances to make a political point.”